Robert Downey Jr. Reflects on the One Year Anniversary of Avengers: Endgame 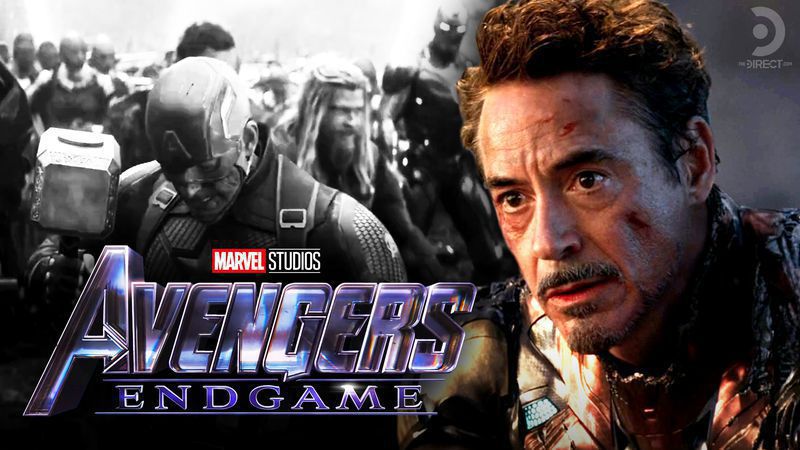 Robert Downey Jr. has been a key figure in the Marvel Cinematic Universe ever since the inception of the franchise in 2008. Downey's Tony Stark has been present in every massive MCU event and has continued to be an integral part of the franchise until last year's Avengers: Endgame. The culminating film served as the swan song of the six original Avengers and concluded with Stark saving the universe by snapping away Thanos and his allies, ultimately leading to the hero's demise. Stark's death has sent shock waves not only to the current MCU timeline but also to fans across the globe.

With 10 MCU movies under his belt, Downey revealed last year that he was at peace with the ending of his character, saying that he "knew it was part of the job to get off the bus while it rolled on to other destinations." A year after his character saved the universe in Endgame, Downey reflected on the film's anniversary as well as revealing new details about some iconic moments.

Robert Downey Jr. made a surprise appearance as a special guest on the Instagram Live of Joe Russo during yesterday's Quarantine Watch Party of Avengers: Endgame. During the live session, Downey shared his thoughts about the "I love you 3000" line from the film. Here's what he had to say about the famous quote:

First of all, I love how this scene...it was just something that was on the call sheet as "Tony figures out time travel" and at that point, we were all just like yeah that's easy. Something will come up on the screen or whatever...I thought that was a lovely scene and without that scene the" 'Love You 3000' wouldn't be as poignant. I just know that it was something that I think my now 8-year old used to say to me and a lot of kids say it you know. It's before they can quantify love. They just think of the biggest number they know and it's usually like 2000 or 3000. It turned out to be really significant but all of the stuff in this movie was about us really starting to bring our own experience through this many years and into these characters.

Downey also broke down the scene when he returned the shield to Captain America:

Awww man! I hand this one to Chris Evans. It was all about him forgiving me for not forgiving him so we can start getting ready to who knows, ya know. Maybe throw in the towel for what we gotta do… it was burying the hatchet and taking up the cross together. I remember some of the hardest stuff. You (Joe) made it easy.

Lastly, Downey opened up about his experience in making the highest-grossing film in the worldwide box office:

After 20 plus movies, we, the audience, our cast, and crew, the whole planet was kind of in this resonance with each other, and it was all leading up to this finale. We all wanted to make you proud. We all wanted Kevin (Feige) to know that we understood the gravity of what we were doing. And even though we're effin around half the time, I'd say 49% of the time, this was a real quality 51%.

A year after the release of Avengers: Endgame, it is quite fascinating for an actor like Robert Downey Jr. to look back at the film's unprecedented achievement. Even though his time with the franchise has come to a close, Downey's enthusiasm is still apparent, and the strong bond that was forged through several years of superhero world-building was a clear testament to that. The veteran presence of Downey in the franchise will surely be missed as the MCU moves forward without its usual leader.

Having left a huge Tony Stark-sized hole in the billion-dollar franchise, it is a question in everyone's mind on who will step up to fill that gap. Marvel Studios president Kevin Fiege already confirmed that Brie Larson's Captain Marvel will lead the next crop of heroes in the MCU moving forward. Chadwick Boseman's Black Panther could potentially fill in the monetary obligations for the resources of the Avengers. Fans will need to get used to not see their genius billionaire leading the charge, but Phase 4 presents a lot of opportunities for the franchise to take new risks with new leaders.

Aeron Mer Eclarinal - I was actually surprised when RDJ joined Joe Russo in his IG Live Session earlier. It's been a while ever since he talked about the MCU, and I must admit that it was a fresh sight to see him do so.