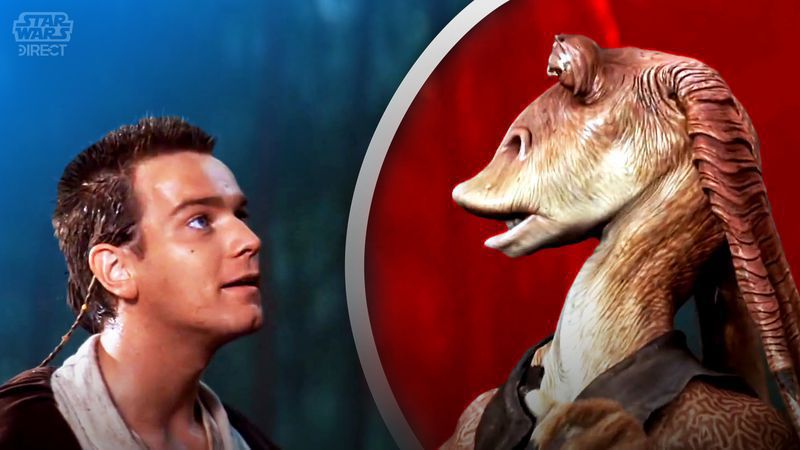 The Obi-Wan Kenobi series has been through its share of obstacles since it was announced last year. Just recently the Disney+ series hired a new showrunner after the initial batch of scripts had already been written. It also subsequently delayed its release to 2022 likely due to the coronavirus pandemic.

Few details have been released about the direction of the series but it is known that the show will take place between Revenge of the Sith and A New Hope, although this may change with the upcoming rewrites. This opens up the possibility for many famous Star Wars faces to appear from both the original and prequel trilogies.

Earlier in the year, Making Star Wars reported on the possibility that Jar Jar Binks may be appearing in the Obi-Wan Kenobi series. However, in a recent interview with Jamie Stangroom on Youtube, Jar Jar Binks actor Ahmed Best denied rumors that he is involved with the project.

When asked about his involvement, Best had this reponse:

"Not as far as I know, no. I haven't been asked. I just don't know. To be completely honest I think Jar Jar is something Lucasfilm are trying to move away from, I'm not going to hold my breath for a Jar Jar cameo in Obi-Wan but you know, who knows."

Jar Jar Binks has always been a controversial character for the Star Wars series. Many have openly blamed him for the demise of the prequel movies and as a character he was likely created to market to children in the audience. Chronologically it would make sense for Jar Jar to cross paths with Obi-Wan, most of his scenes in Revenge of the Sith were cut so his storyline has never truly been resolved. And if the series does take place in the time period between Episodes III and IV, there is a possibility to see what happened to the Gungan who was once a close ally to Obi-Wan.

Best does state that its possible Lucasfilm is trying to move away from the Jar Jar character, which after the character's widely panned reception is probably true. But there are the lingering fan theories that hoped Jar Jar would be redeemed, perhaps by even becoming a Sith in later films. At this point though it looks like those will remain as just theories.

Fans will be able to see more of Ahmed Best in the upcoming Trials of the Jedi Temple  show on Disney +, where he will play host for the reality game show.