When it comes to properties like the MCU, leaks can come in all shapes and sizes. A major source of consternation for Marvel in the past has been the toy lines meant to accompany their feature films, as designs for the film have to be shared well before any official looks at characters or costumes are released.

Both leaks and officially released images of toys have provided fans with looks at current and future projects. For instance, the Captain America costume Falcon likely received in the most recent episode of The Falcon and the Winter Soldier has been featured in a few action figure designs .

On a more minor level, the recently announced Funko Pop! line-up for S hang-Chi and the Legend of the Ten Rings shows off costumes, powers, and even hints towards possible plot points. Other products show off the kind of power fans should expect certain characters to wield.

As the September 3 release date inches closer, more and more toy leaks and announcements are likely to spout from different manufacturers, filling in information about the still somewhat secretive project.

A batch of photos recently released by Marvel shows off a whole host of new toys for the upcoming S hang-Chi and the Legend of the Ten Rings . One of these is a figure of Katy, a close friend of Shang-Chi's played by Awkwafina. This specific toy includes a look at a new creature, some sort of faceless, four-legged being that can be seen below, alongside Katy.

A look at the furry, faceless animal. Accompanying these odd features is a pair of wings sprouting from its head.

The action figure for Awkwafina's Katy. She appears with a number of accessories, one of those being the mysterious creature described above.

The being stands with Katy, possibly as some sort of ally. Katy appears ready for battle, a look at odds with her character's backstory, which positions her as nothing more than a good friend to Shang-Chi.

This figure actually tells a good bit about the film. For one, fans can expect more from Awkwafina's Katy than just comic asides. Her costume and weaponry seem to indicate that she is more than just a random friend of Shang-Chi's. Instead, she is likely a warrior, possibly one sent by his father to watch over him. At the very least, Katy seems like someone with a more complicated backstory.

The creature seen in the box is also interesting. Beyond its strange appearance, the being may suggest a more spiritual tilt to the film. Research done by Twitter user @dano_cosmic shows that the life-form may actually be a Dijang, a birdlike creature from Chinese mythology. Their comparison can be seen below.

So looks like #Morris is a #DiJiang? Is anyone familiar with this interesting creature? ✨#ShangChi #Marvel #MarvelStudios #MCU pic.twitter.com/Ha3gLJ5dNt

A look at a LEGO set featuring the creature also provides us with a name, Morris.

Not only does this fit well within the often-comical MCU, but it also helps provide a better understanding of the nature of the creature. With its very human-sounding name, it seems like Morris will turn out to be some sort of pet-like being, one likely allied with Shang-Chi and Katy.

With the first trailer in the rear-view mirror and the marketing campaign already off to an exciting start, it seems like more on Shang-Chi should be expected soon, possibly even including a better look at this mysterious spiritually inspired animal.

Shang-Chi and the Legend of the Ten Rings / Shang-Chi / 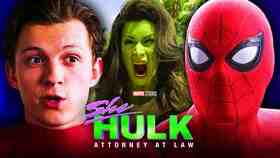 Guardians of the Galaxy 3 Trailer Release Date Locked In: When Will It Debut?