Justice League Star Criticizes Movie for Not Crediting His Barber 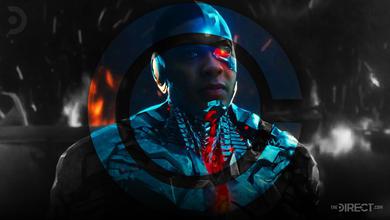 In the aftermath of recent #BlackLivesMatter protests across the country, there have been numerous calls for more diversity in multiple industries, including film.

Hollywood's lack of diversity is nothing new. There have been pushes for better representation in the film industry for years, notably leading up to the 2015 Oscars with heavy criticism on the Academy for failing to nominate more actors of color.

Recently, Marvel actor Anthony Mackie was outspoken about the lack of diversity on set of 2018's Black Panther, saying the mostly black production team was "more racist than anything else."

While there are instances where a film has a diverse team, not everyone gets the recognition they deserve.

Ray Fisher has been less than quiet about his criticisms of Joss Whedon's Justice League. Fisher took to Twitter today to call out Justice League's lack of credit for his barber, Wayne Nembhard:

Despite my asking on multiple occasions, my barber (Wayne Nembhard) was not credited in any capacity for his work on the theatrical version of Justice League.

Wayne worked with us for the ENTIRE principle photography process (8 months) and the majority of the reshoots.
(1/4) https://t.co/WC178DXvan

Wayne took whatever time was asked of him away from his successful business—a unisex barber salon called Extreme Cutz in St. Albans, UK—to work with us.

Too my knowledge, he was the only Black man to ever grace the hair and makeup trailer. (2/4)

It broke my heart (as I know it did Wayne’s) to watch the credits roll and not see his name appear in any way.

When Zack told me about the Snydercut being released, I only had one request: that Wayne be given credit for his work. (3/4)

Zack was shocked that Wayne wasn’t credited in the theatrical version and assured me that Wayne would absolutely be given credit in Zack Snyder’s Justice League.

It’s not just about a movie.

Fisher's comments are extremely disappointing to hear, especially knowing Nembhard worked on the film for close to a year.

Hollywood has been criticized for decades for whitewashing roles, lacking diverse casts, and failing to green light more diverse stories. Hearing that a integral member of Justice League's production was not credited on the film is massively disappointing.

Before a comic book movie reaches that oh-so-sweet end credits scene, the list of credited names seems to go on for hours. While fans may think the end credits don't mean much, to those who worked on the film it represents something more. It represents validation. It represents accomplishment. Seeing your name attached to a Hollywood blockbuster, no matter how small your role, means the world to production members. Whether you're the top-billed star or one actor's barber, everyone's end-credit font size is the same.

Fisher ends his tweet thread with a simple message: Accountability > Entertainment. While we may look at films as an escape from our reality, we must realize that for those working tirelessly on them, it is their reality.

Dedicating eight months of one's life to a project deserves recognition, and hopefully that will be reflected in Zack Snyder's Justice League on HBO Max.