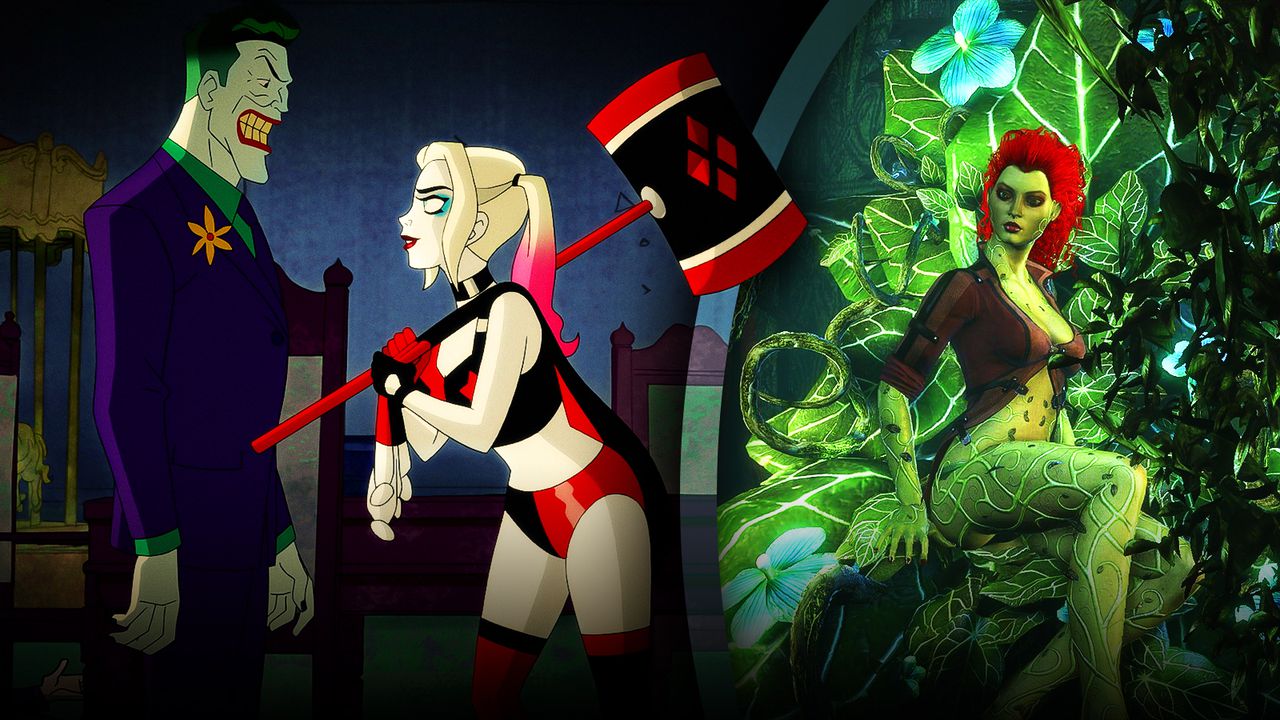 The future of the Harley Quinn animated series is bright after the show received a third season renewal from HBO Max. Originally from the DC Universe streaming service, the Kaley Cuoco-led animated series was moved to HBO Max after the latter shifted into a more comics-based approach.

The renewal of Harley Quinn wasn't a surprise since the animated series became a hit among DC fans. The popular DC anti-hero has been featured in a wide array of content, including the iconic portrayal of Margot Robbie in the DCEU and several comic storylines, but many would agree that the animated series helped improve Harley in a multitude of ways.

As the third season approaches, it remains to be seen how the narrative of the series will move forward, especially after the sophomore season ended on a chaotic finale. Now, a new interview with the show runners of Harley Quinn may shed some light on how it will all play out.

While speaking with Deadline, Harley Quinn showrunners Justin Halpern and Patrick Schumacker reflected on the success of the animated series while also hinting on how the third season will move forward in a COVID-19-infested production environment.

Halpern opened up on exploring the theme of being in a relationship during the first two seasons while teasing that the third season will answer the question of "how does the baggage that you bring from all these other relationships affect the relationship you’re in that you really want to work:"

Just by definition, you’re a bit defined by who you choose to be with, so once we ended the first season, she had figured out who she was. Now, the question was, what do I want? And in the second season, Harley ultimately realizes that she wants to be with Ivy, and explore a relationship with her.

So, I think in the third season, the general idea we’ve been talking about…And the room hasn’t even started yet. These are just conversations between Dean Lorey, and myself and Patrick. [But] the idea [is], when you’ve mostly been in toxic and bad relationships your whole life, how do you then be in a good one? How does the baggage that you bring from all these other relationships affect the relationship you’re in that you really want to work?"

Halpern also pointed out that third season will "dig deeper into Ivy [Poison Ivy] and her life" since it "feels completely new:"

"Definitely. We spent two years digging into Harley, and Ivy was her own character, but her stories were told mostly in relation to Harley. So, I think in this third season, it’d be interesting to flip that, and dig deeper into Ivy and her life, and tell some stories through her point of view. So, we’re excited to be able to do that because it feels completely new—somewhere to go that we haven’t gone, that isn’t going to make the audience feel like, “We saw two seasons of that. What the f**k is this?”

Then, I think with Gordon, we’ve always portrayed the Gotham Police Department as really incompetent. Also, everyone goes rogue any time they want to go rogue, and I think we’re seeing, in real life, the actual repercussions of things like that. Obviously, it’s a comedy, but those themes were already baked into our show."

Moreover, Halpern hinted that Harley Quinn will look to dive more into the corrupt state of Gotham and GCPD through the eyes of Jim Gordon:

"Yeah. It’s like having Gordon deal with the reality of, policing in Gotham has completely failed, and him realizing, “What is this new system that we need to put in, in order to effectively police Gotham?” And is he even capable of it? Because the system is so f**ked up. Gotham’s a terrible place to live. I mean, if you think of all of the cities in comic book lore, can you think of a worse major city to live in than Gotham? Like, it’s just constantly under attack. And why does Metropolis look like this utopia, when Gotham is this total cesspool? So, being able to also dig into that, and have Gordon go on a journey within the third season, would be very fun."

In terms of the production timeline of the show, Schumacker admitted that the show could premiere "at probably the end of 2021:"

"That would be, I think, an optimistic guess. I don’t know if they’ve announced the episode order number yet, but let’s just say, we’re not doing two seasons back to back, like we did. That may give us some relief, in the sense that there’s not as big of a production load. So, I would say optimistically, we’re looking at probably the end of 2021."

When asked if they are worried if the pandemic will have an effect towards the production timeline of Harley Quinn, Schumacker pointed out that "it's going to happen much later in the game," believing that the camarederie and working relationship of the actors that was established during the first two seasons will be a huge factor moving forward:

"Honestly, I think it just depends on how long we’re in this situation. I think if it does affect us, it’s going to happen much later in the game, because we have the luxury [with] our schedule of writing quite a few episodes before we go into production. I would say that 80% of the episodes, in theory, if we maintain our schedule, will have been written by the time we start recording. But I think at that point, hopefully things are a little bit more lax, in terms of our ability to move around.

For me, it’s really about interaction with the actors, right? Like, can you go into a recording studio? Can you sit across from them, with the glass in between you? Is everybody comfortable enough to be able to do that? Because I feel like we’ve gotten really good performances out of everyone, and it’s really an interactive experience between the director and the actor. I’ve had the privilege of getting to direct a lot of the voice performances, and just that energy, and that ability to give the actors the ability to improvise in person is so important, I think, to the show.

That is how these records go; they’re very improvisational. You have people who are so skilled in that. So, I think that’s the thing that could potentially be affected if we’re not back to some semblance of the past way of doing things. But I feel pretty confident that we’ll have enough lead time to work that stuff out."

Lastly, Schumacker shared that they were "kicking around ideas" with Warner Bros. Animation about a potential Harley Quinn feature while waiting for the third season renewal of the show:

"Yeah, we would love that. When we were waiting for a Season 3 pickup, we were kicking around ideas with the executives over at Warner Bros. Animation about that sort of thing, because we were like, “Well, we have stories to tell with these characters. We want to continue going with it, and if Season 3 can’t happen, maybe we can do something in the feature space, which is sort of independent of a network picking up the show or not.” So, that is something that has been on our [minds]. Right now, we’re not planning on it, but it is absolutely something that we would be interested very much in doing down the road."

'The Batman' set photos indicated that production would take place on South La Salle Street in front of the Chicago Board of Trade Building, the same setting as the Batpod-Joker scene in 'The Dark Knight.'
Joe Manganiello was reported to be filming reshoots for scenes in 'Zack Snyder's Justice League.'
'Black Adam' was rumored to be casting a Sam Rockwell-type actor in his 30's to play Doctor Fate.
See All DCU News, Rumors and Leaks on DirectFact

It's reassuring to hear the optimistic comments of the Harley Quinn showrunners about the future of the animated series down the road. Exploring the topic of relationships through the perspective of Harley Quinn was a unique idea that the show maximized to great lengths. In a way, it helped elevate the anti-hero in surprising ways, and Halpern's tease of what's to come in the third season will certainly excite fans.

As expected, the third season will look to prominently feature the relationship between Poison Ivy and Harley Quinn. Halpern's comments indicate that fans will learn more about Ivy this time around, and this will help flesh out the character even more.

Gotham's corruption has always been a major facet in every Batman-related project, and it seems that Harley Quinn will have its own unique take on it, considering the fact that the show has an amusing nature. Halpern's reveal that this storyline will be anchored by none other than Jim Gordon himself seems appropriate, and it will be interesting to see how the series will handle this serious plot point on Harley Quinn.

Due to the ongoing health crisis, the clout of uncertainty has hounded the entertainment industry, but the optimistic remark of Schumacker should help ease the worries of fans of the show. It's also refreshing to hear that the cast and crew are working harmoniously behind-the-scenes, and this poses as a good sign for the eventual third season of the show.

The popularity of the Harley Quinn character is at an all-time high after the impressive portrayal of Margot Robbie's version in the DCEU, and it isn't surprising that it snowballed into other mediums as well. It remains to be seen if a full-length Harley Quinn animated feature will be made down the road, but it's good to hear that the showrunners of the highly-acclaimed series are interested regarding that prospect.

All in all, the third season of Harley Quinn presents an exciting new chapter of storytelling for the anti-hero, and it has the potential to redefine the character in exciting ways.