The popularity of the Marvel Cinematic Universe has peaked over the years. The successful franchise has a plethora of interconnected stories under its belt, which houses a lot of interesting characters. That being said, movie-related merchandise has been a major part of the films' marketing, with Funko Pops playing a key role in depicting different heroes and villains into adorable vinyl figures.

From a simple replica of the character to re-creating memorable scenes from MCU films, there has been a wide array of iconic Funko Pops throughout the course of the Infinity Saga. It seems that another one has joined the growing list of vinyl figures, and this addition should excite MCU fans.

Funko has officially unveiled their latest Marvel offering in the form of an 18-inch Dancing Groot vinyl figure. Set to arrive in September 2020, the adorable Funko Pop is now available for pre-order with a price of $99.99. 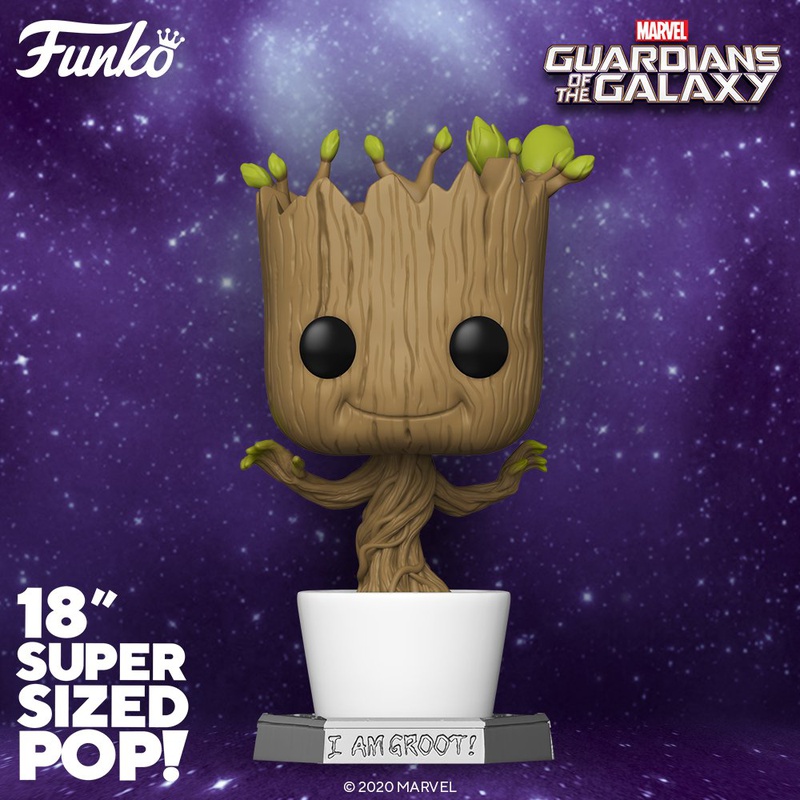 There have been many iterations of Groot throughout his time with the MCU, but many would agree that the most iconic is the 'Baby Groot' version from Guardians of the Galaxy Vol. 2 . This charming version of the character had many memorable scenes in the MCU, but the one that stands out could very well be his dancing scene from one of the post-credits stingers of Guardians of the Galaxy Vol. 1 . The impending release of this Funko Pop should bode well for fans who want to take home a piece of the adorable moment.

Earlier this year , Funko revealed that the dancing Baby Groot Funko Pop from Guardians of the Galaxy is "the actual best-selling Funko Pop of all-time." Due to the popularity of the character, releasing an updated 18-inch scale of the figure is a no-brainer. This Funko Pop should be a shoo-in not just to the growing list of toy collectors but also to casual fans.

With a whole bunch of movies on the horizon, it's reasonable to assume that the partnership of Funko and MCU is here to stay, bringing fans more captivating vinyl figures along the way.