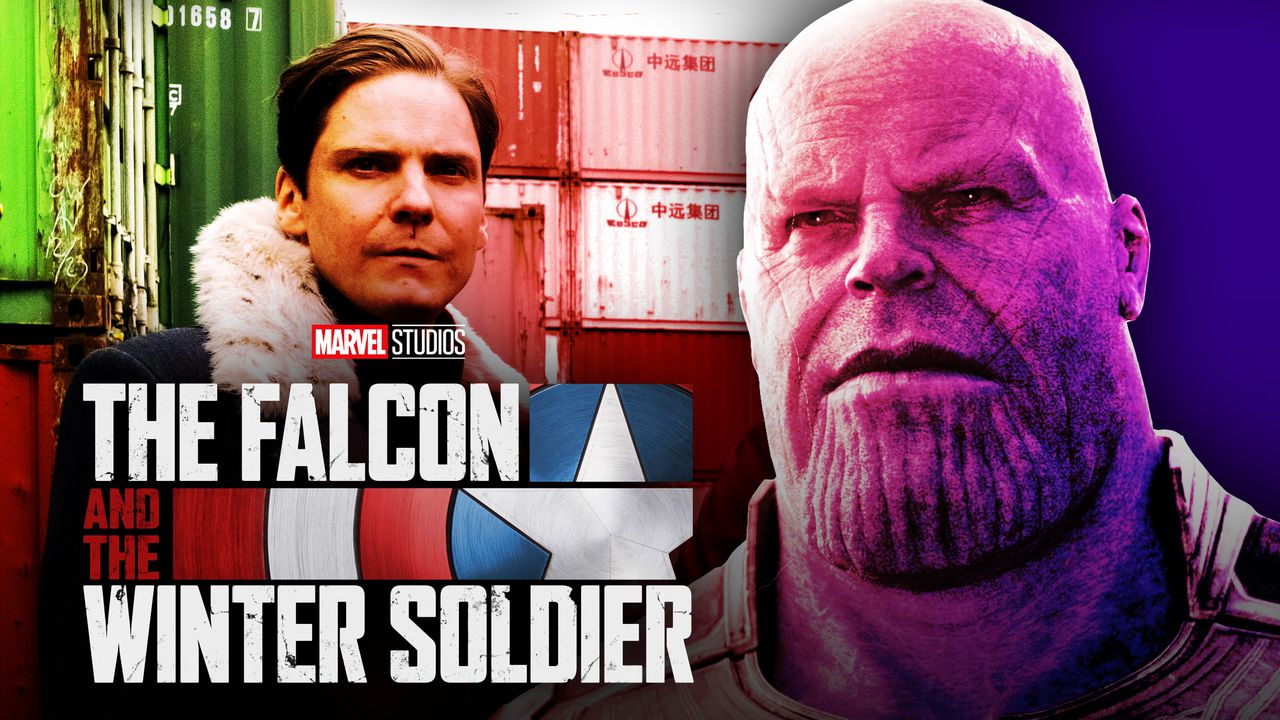 Even though Marvel's Phase 4 has only begun, the fallout from the events in both Avengers: Infinity War and Avengers: Endgame has been a driving force in its new phase of storytelling.

Marvel's second Disney+ series The Falcon and the Winter Soldier has centered on how Sam Wilson and Bucky Barnes are coping with both the past and present post-Blip.

But in Episode 3 titled "Power Broker," the two heroes are forced to team up with a past villain whose new look may have been inspired by the Mad Titan himself.

In an interview with Entertainment Tonight, Daniel Brühl reprising his role as Baron Helmut Zero from Captain America: Civil War responded to speculation that his character's new mask intentionally resembles Thanos as a way of taunting the Avengers.

But ever the dedicated actor, Brühl is staying in character saying, "I won't tell you a thing!"

"Well, like my character Zemo, I love being opaque and mysterious and secretive and enigmatic, and I won't tell you a thing! You will have to check it out. I couldn't and wouldn't answer that question."

Apart from the villain's meme-able dance moves, much of the buzz from the series third episode stemmed from Wakanda's Ayo making an appearance and demanding Zemo.

And when asked what that means for Zemo, Brühl responded saying, "there will be very interesting turns and surprises."

"I am the master of spoilers, so I'm really scared to death when it comes to these questions. [Laughs] I would rather not say a word. You really have to watch it. It continues being fun. What really impressed me is that they managed to keep that cinematic level to the show. It really looks like and feels like a long movie -- like a 6-hour feature -- and there will be very interesting turns and surprises, that I can assure you, but I'd rather not say anything!"

DREAD IT. RUN FROM IT. WAKANDA ARRIVES ALL THE SAME.

Since the effects of Thanos' actions are still playing out, it's possible that the design of Zemo's purple mask was inspired by Thanos.

If so, it would also help explain why Baron Zemo wears that mask now when it was never seen in Captain America: Civil War.

What fans do know with certainty is that Zemo has a serious problem with Wakanda in pursuit meaning his dancing days may be over. But again, Brühl did say that "it continues to be fun" and referenced turns and surprises.

Perhaps Wakanda will have a need for the Baron, just like Bucky and Sam, as the nation continues to open up to a world now being threatened by Flag Smashers? No doubt it will be fascinating to see how this villain and the nation of Wakanda deal with one another in Marvel's complicated Phase 4 world. 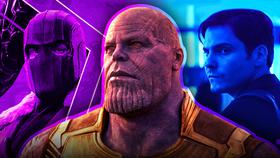 The Falcon and the Winter Soldier , Thanos , Disney+