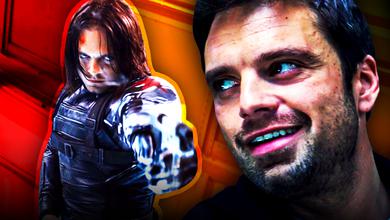 The Falcon and the Winter Soldier has aired three episodes on Disney+, and with each new entry, audiences learn more about the title characters. In particular, fans are learning more about Sebastian Stan's Bucky Barnes and his struggles to deal with his past as the Winter Soldier.

The most recent episode, titled "The Power Broker" saw Sam and Bucky reunite with an old foe in Baron Zemo. Naturally, this brought up some memories from Captain America: Civil War in which Zemo used a series of code words from Hydra to activate Bucky as the Winter Soldier.

At this point, Bucky has been cured of his brainwashing after spending some time in Wakanda. However, it seems some fans can't resist trying to bring out the Winter Soldier when they see Sebastian Stan in the street.

In an interview with BBC Radio, Sebastian Stan revealed that one of his most common fan encounters involves people reciting the Winter Soldier's code words.

"It happens quite often. It happens at coffee shops. It happens a lot. And it's always very funny. It's an honorable thing I guess. You're very taken with it all the time."

In terms of how he responds to these code words, Stan said he just has to let it happen:

"You do have to sometimes look at people in the face and say, 'No, I will not become the Winter Soldier when you say that. You can keep saying it, and maybe you should say it, maybe that's a moment we both need to have together, now, here. But nothing crazy will happen.'"

HYRDA'S CODE WORDS HAVE NO EFFECT

The code words are some of the most defining lines linked to the Winter Soldier, so it makes sense that Stan hears these a lot from his encounters with fans. For anyone thinking of attempting this in the future, just know that nothing is going to happen,  but props for meeting Sebastian Stan!

Whether the Winter Soldier's activation will continue to play a role in The Falcon and the Winter Soldier is another question. "Episode 3" showed that Zemo's attempts to use Hydra's code words had no effect on Bucky after his time in Wakanda. However, the specifics of how Bucky overcame his brainwashing haven't been revealed in the MCU yet, so maybe that is something that will be explored further.

The full interview with Sebastian Stan can be seen in the video below.