When the Star Wars: The Rise of Skywalker D23 reel was released to the world, fans of all ages were stunned to see a hooded Rey with a double-bladed red lightsaber revealed at the end of the piece. While many immediately guessed that this Dark Rey was a vision and were proven correct by the film, this initial first glimpse was shocking and opened up the possibilities for the heroine to turn to the dark side. In the film, Rey has multiple visions of herself in this evil state that allude to the struggle with the dark side she goes through, including a moment on the Sith throne as Empress Palpatine. We were recently given a closer look at the lightsaber wielded by Dark Rey in Episode IX , and now new pieces of concept art have been shared that provide alternative designs for the character.

Concept artist Adam Brockbank has shared early pre-production pieces for The Rise of Skywalker depicting Dark Rey on his Instagram , seen below: 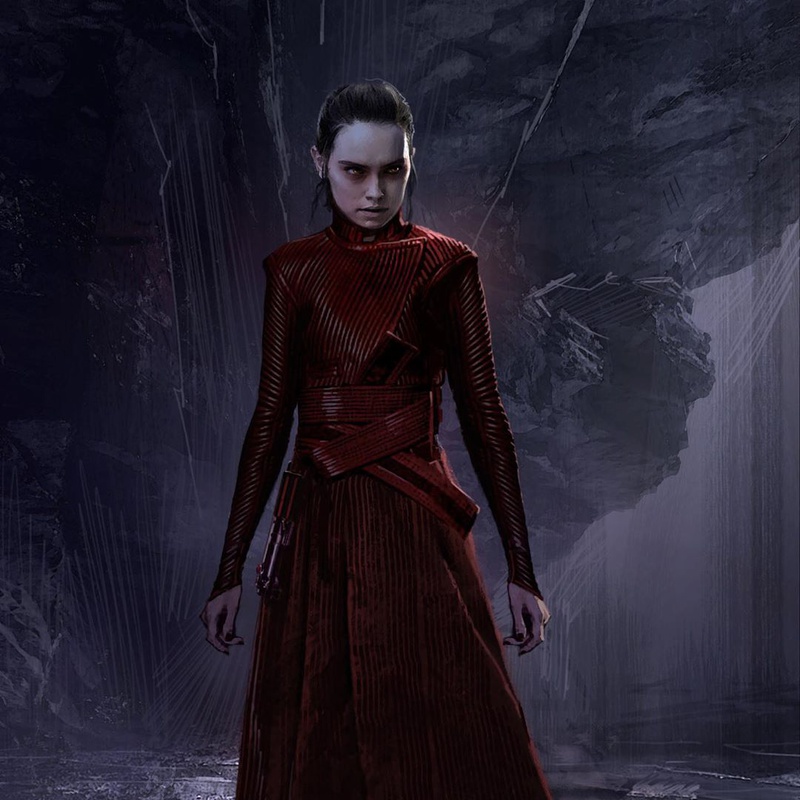 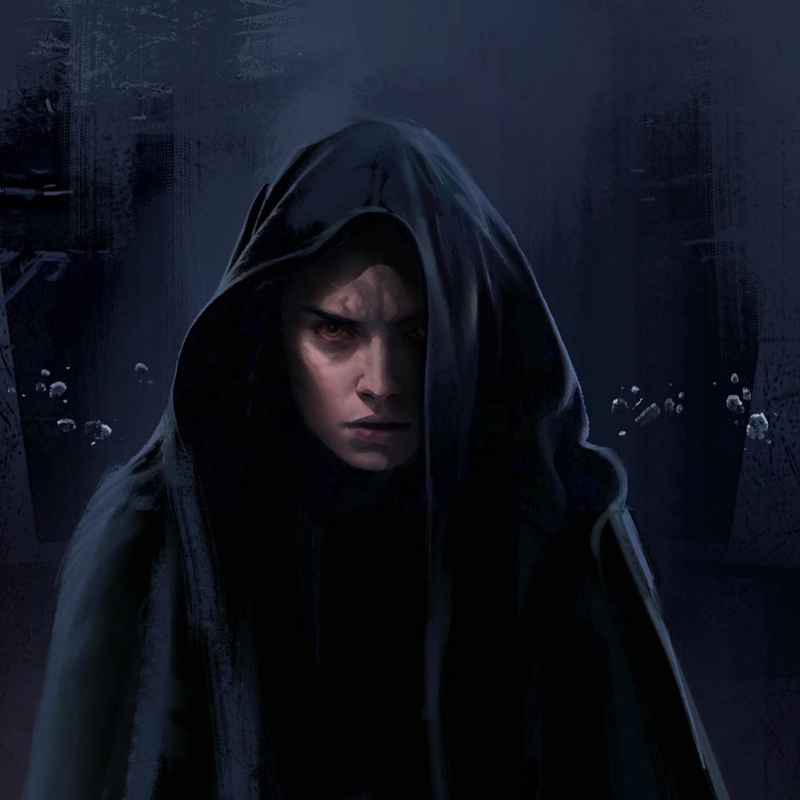 UPDATE: Brockbank has shared another Dark Rey piece on his Instagram page, this time with the character beneath Kylo Ren's mask: 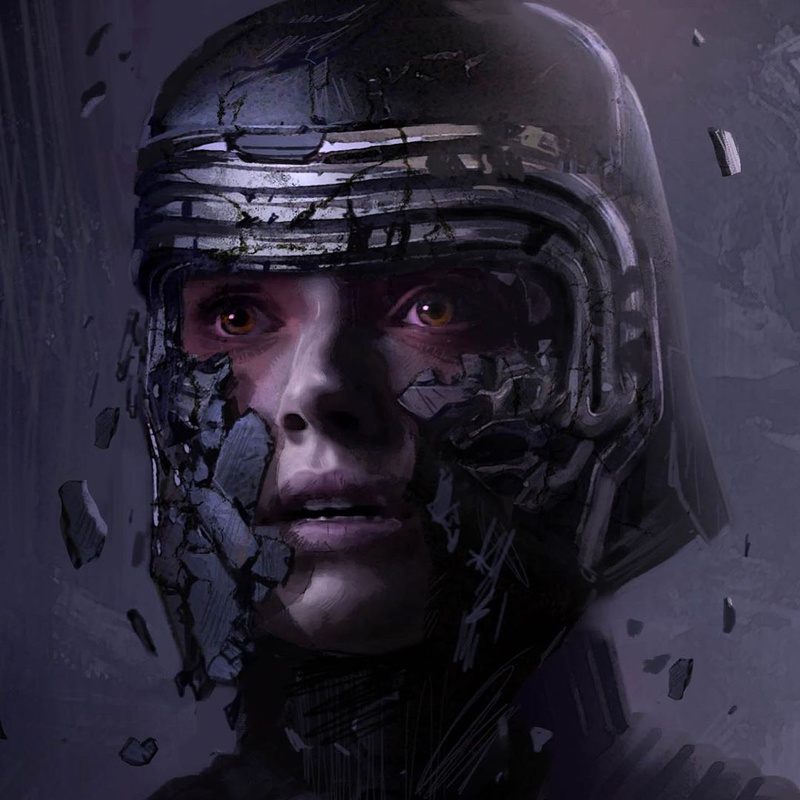 While our time with Dark Rey was brief and her initial reveal was shocking, the villainous iteration of the character showed us the great threat Rey posed had she turned to the dark side.

The character's final look in the film is fairly standard as far as dark side outfits go, a black cloak capped off with the signature bad-guy hood. One of the interesting elements of these concept designs are the parallels to Kylo Ren. The first image shows Dark Rey wearing a ruffled outer layer, much the sleeves of Ren's tunic, an idea carried forward in a different way in the film as her lightsaber has the same unstable crackle as her Dyad partner.

The image showing Dark Rey putting on Ren's helmet is an obvious callback to Luke's vision in the cave on Dagobah in The Empire Strikes Back , and could also be a reference to an alternate ending considered for Return of the Jedi , in which Luke put on Darth Vader's helmet and turned to the dark side after his father's demise. The yellow Sith eyes included in a couple of the concept pieces are a nice callback to the villains in the Prequel Trilogy and the Emperor himself, something we never saw with either Kylo Ren or Snoke (though they weren't Sith).

The newest image is certainly a very on-the-nose take of Luke seeing his face in Vader's helmet on Dagobah, something Brockbank notes in his post. Like Luke, Rey was fighting the darkness within herself as well as external forces, and her conflict with Kylo Ren is exemplified in this idea that her greatest fear is herself, and what she could become.

Seeing concept art is always a neat opportunity and a bit of a "what could have been", and ultimately these are nothing more than early ideas for how Dark Rey could have looked. The images shared show an even darker Rey than what we saw in The Rise of Skywalker , and had the character taken the quick and easy path perhaps some of these ideas would have been brought to life.