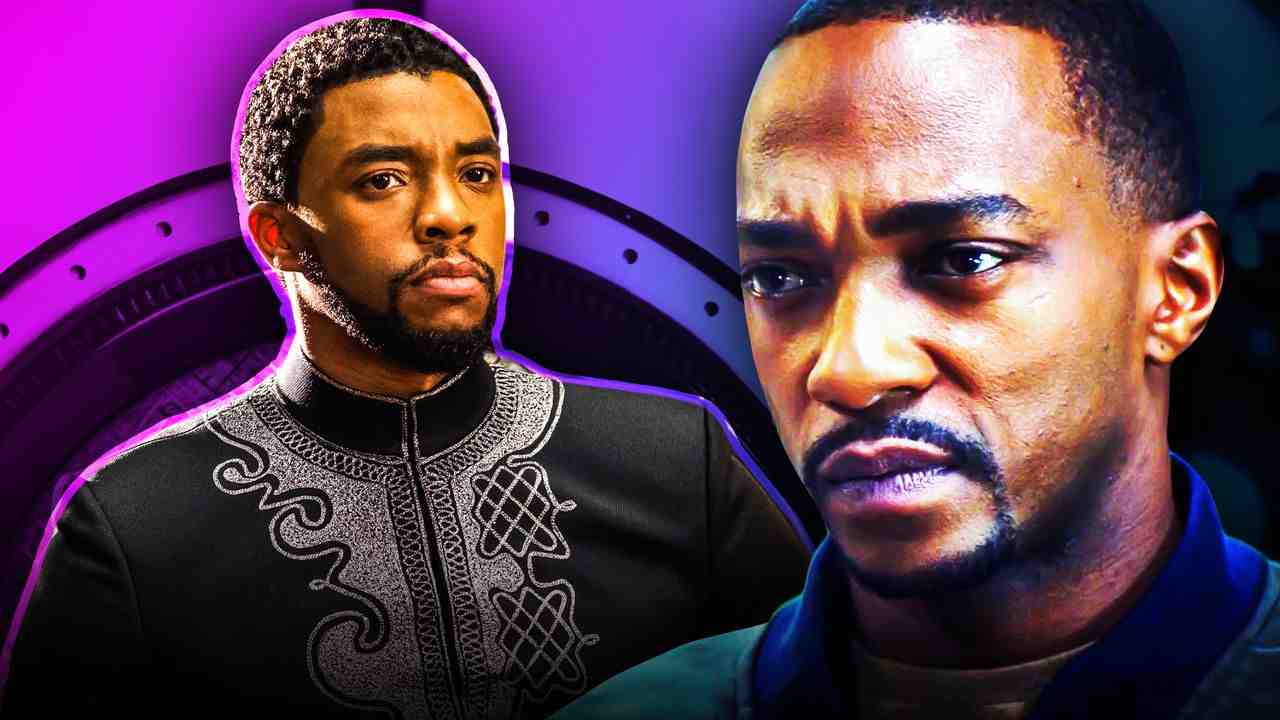 In the wake of the death of Chadwick Boseman last year, many have wondered what the upcoming Black Panther 2 will be like without the actor who held the starring role in its predecessor. Director Ryan Coogler is still working on the film - which is set to come out next summer - and has commented on the difficulty of moving forward with and reworking the project after Boseman's passing.

There was much speculation as to what would happen with the role of T'Challa in the MCU moving forward. This question was definitively answered by Marvel Studios President Kevin Feige last year, but there is still discussion whether the decision not to recast the character is the right move.

THE WAY TO MOVE FORWARD FOR THE MCU

In an interview with writer and podcaster Jemele Hill , Falcon actor Anthony Mackie was asked how he believed his late Marvel colleague would feel about the fate of the character in the MCU, and whether the studio should have recast the role of T'Challa.

Mackie responded with "no" when asked if he thinks "Chadwick would've wanted his [Black Panther] role to be recast." The Falcon actor then stated that Boseman "did that role in a way that'll never be done again," backing up Marvel Studios' decision to not recast the role:

"No. You can't recast it. I mean, he did that role in a way that'll never be done again, and I would hate for an actor to have to pick up the baton that he left behind, because, you know, there was no question he was a dynamic figure and amazing actor. And just looking at the reaction to Black Panther, there's nobody that could bring the grace to that role that he did, so I wouldn't want to see, you know, 'Anthony Mackie as Black Panther'; that would be awful."

As previously stated by director Ryan Coogler, there is a tremendous amount of pressure and stress on the Black Panther 2 creative team to handle the loss of Boseman in a tasteful way that will satisfy as many people as possible. This is on top of creating a sequel that lives up to the highly-praised original movie.

Mackie made a great point that recasting the role of T'Challa would put enormously high expectations on the new actor and likely make the production as a whole even more stressful and tough.

Recasting would also shift the dynamic on set; the franchise's cast and crew are still healing from this tremendous loss, and giving the role to someone else would likely take away from their mourning and efforts to pay tribute to their late colleague.

Thankfully, the Marvel Studios team as a whole is clearly determined to continue to carry on Boseman's legacy of telling important stories and ensuring representation is a key part of the MCU - and media in general - moving forward.