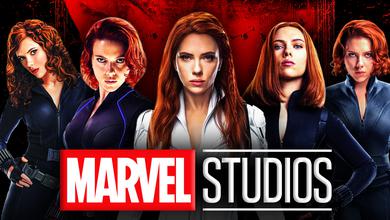 While live-action superhero costumes usually leave fans marveling, not all are a hit behind the scenes.

Between grueling make up stories like with Dave Bautista's Drax to tales of suits being too tight for comfort like with Tom Holland's Spider-Man, lots of sacrifices are made to ensure the threads look top-notch. Uncomfortable costumes are such a nuisance that when Ben Affleck asked Christian Bale for Batman advice, the first thing the British actor recommended was to "make sure the suit has a zipper."

As Marvel continues to wow fans in their Phase 4 costume department, the suits seem to be a hit with those donning them as well.

A COSTUME FOR COMFORT

Save the best for last, right?

Taking to her Instagram, Black Widow costume designer Jany Temime revealed her take on the Russian spy's black suit received high praise from Scarlett Johansson herself, being the "most comfortable" costume that she's worn in the MCU:

"The gorgeous Scarlett in my best costume. The Black Widow sexy and powerful. I love her and am so proud of my costume. Scarlett told me it was the most comfortable she wore and adored it."

The black suit will be one of at least two Black Widow suits that Johansson sports in the movie.

It may not seem like much, but comfortable costumes go a long way with ensuring smooth shooting.

Fans will recall stories of Jennifer Lawrence having to go through "eight hours" of Mystique makeup during X-Men: First Class production. In her following three appearances as the shape-shifting mutant, Lawrence appeared in her A-List human form more and more, and when she did don the blue, it was noticeably less-detailed than previous iterations. While Lawrence's growing star-power could've been the reason she saw more face time, the grueling costuming process couldn't have helped.

Johansson doesn't have head-to-toe makeup to worry about, but an uncomfortable costume can significantly detract from an actor's performance. Hearing that her most comfortable costume will come in her debut solo picture is rewarding to fans. Black Widow will undoubtedly see Johansson with her most screen time in a single MCU flick yet, so it's only appropriate that comfort is prioritized.