The MCU's Avengers 5 is an inevitable movie that is bound to release at some point in the 2020s. In anticipation for its release, The Direct has explored who will most likely direct the fifth Avengers movie and which character will lead this new team. In the fifth installment of the Avengers franchise, the superhero team will have to face a villain of their own like Loki, Ultron, or Thanos just as their predecessors had before them. The Direct has broken down every potential possibility for who could have the presence, power, and charisma to face these new and powerful heroes in their next film.

The world of the Marvel Cinematic Universe is currently lacking The Avengers with more than half of them either retired or dead. It would be the perfect time for someone to swoop in to introduce their own corporate-branded and government-approved team of Avengers. This is where Norman Osborn could perfectly play his part as he has done in the comics when he used his political power to create a squad of his own.

However, what stops Osborn from potentially being the main villain in an Avengers movie is, like with Spider-Man, Disney not owning the character. Marvel Studios would not want the next entry in their most profitable franchise be so heavily focused on a property they do not fully own.

Another mention should go to Red Skull , who is still said to be alive somewhere in the galaxy after the Soul Stone was taken by Thanos. Directors Anthony and Joe Russo have said that once Red Skull was free, he would return to Earth. But, how would he get back to Earth when he’s on Vormir? How would he gain back any power to be a viable opposition to The Avengers? Not to mention that after his experience being the guardian for the Soul Stone and his mind opened, will Red Skull even have the motivation to take over the world anymore? There are just too many questions about his motivations and return to power to be a proper villain to The Avengers.

Finally, we have the big-headed egomaniac M.O.D.O.K. , the new leader of A.I.M. , which was formerly led by Aldrich Killian in Iron Man 3 . It would make sense for this mechanized freak to be the next villain for these new Avengers. But, the reason that he has been placed under honorable mentions is due to the likelihood that he may be the villain for the Young Avengers instead of the adult team. 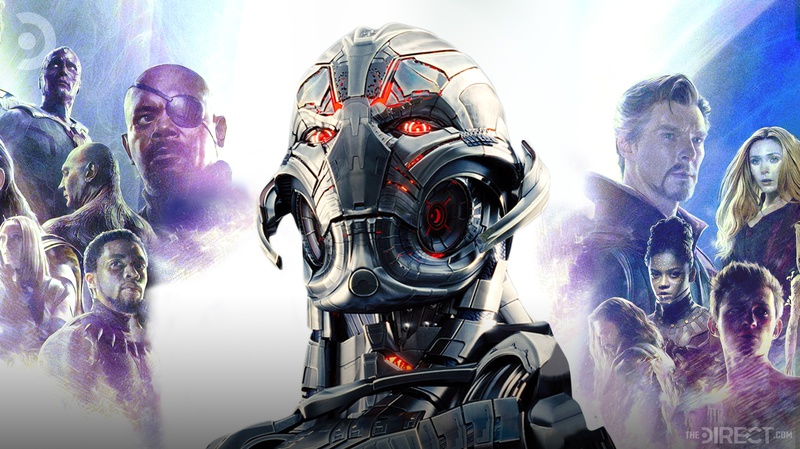 This killer A.I. is by far one of the easiest villains to bring back in the MCU without much of an elaborate explanation. He’s an AI that spread itself all over the internet and could upload his consciousness anywhere, even after his final body was presumably blown up by Vision at the end of Avengers: Age of Ultron . The mad machine coming back after presumably being destroyed is the character’s entire gimmick in both the comics and cartoons.

What has him so low on the list is that it would feel like a waste for the next Avengers movie to essentially give this new team sloppy seconds. However, to mitigate this, Marvel Studios could drastically change Ultron’s personality and motives, which could be done with relative ease and without any big exposition. In fact, the studio could simply make him visually more accurate to the comics without the off-putting lips and teeth. Instead of wanting to become more human like in Age of Ultron , he could become more and more like a machine. 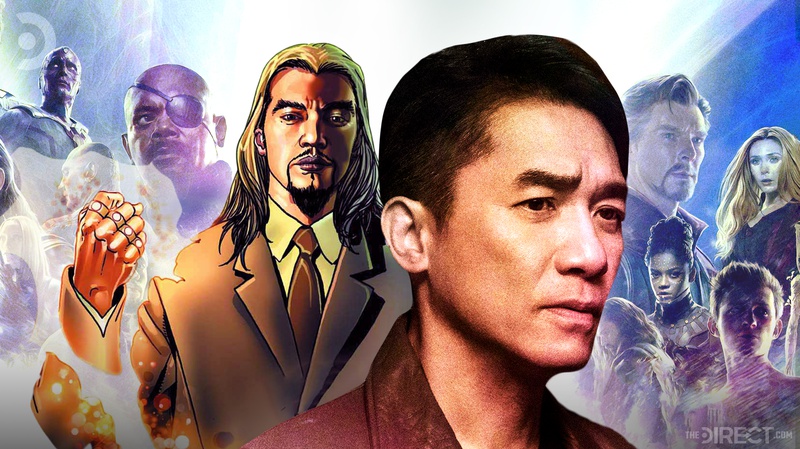 Ranking The Mandarin in this list is completely dependent on whether or not he actually ends up having all of his ten rings - jewelry that gives its wearer a unique power - by either the second-act of the Shang-Chi movie or by its very end being framed as sequel set up. These rings could act as another kind of McGuffin for The Mandarin to track down just as Thanos did with the Infinity Stones.

The Mandarin with the Ten Rings and an entire criminal empire that has presumably lasted for decades could be a good enough match for this new team of Avengers. Not to mention the emotional connection with Shang-Chi being the son of The Mandarin, a similar dynamic with Thor and Loki in the original Avengers, which would heighten the psychological damage that the villain could offer.

What puts him lower on this list is that the Ten Rings would likely be too similar to the Infinity Stones for audiences. Additionally, the actor playing the crime lord is actor Tony Leung Chiu-wai and it’s up in the air whether or not this is a one-and-done role for him or if he’d come back again in an even bigger American production for the same franchise and role. 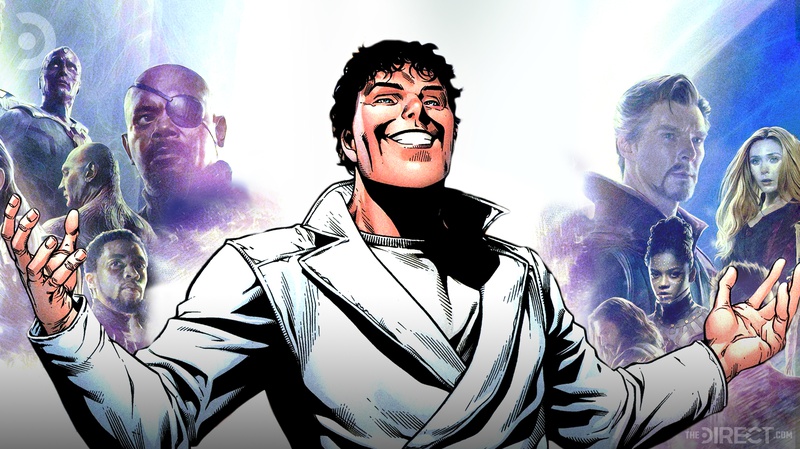 Imagine Q from Star Trek , but even more of a jerk with a dash of psychopathic tendencies and obsession with sentient desire. To put simply, The Beyonder is a being from another universe who literally embodied his entire reality. In the comics, he’s accidently dragged out of his universe and discovers Earth; becoming fascinated, then obsessed with it and how the beings in this reality could function.

He saw them as “incomplete” and grew a drive to “fix” them, thus determining that the drive for these sentient beings is desire - a wanting to grow into something more and to gain true "completeness" like himself. However, in his drive to “complete” these beings, The Beyonder realizes that he himself is incomplete due to his own desires to fix them. So, in his attempts to determine the nature of desire, he essentially decides to mess around with humanity and all the superpowered individuals that inhabit it. He has them fight in death matches for a prize, takes the identity of heroes as his own, and even becomes a superhero himself for a time.

This character could be a fun villain for The Avengers to face since he doesn’t have a faceless army for them to punch, but is just one man who can shape reality to his whim. In fact, this could be similar to how Dormammu was fought in Doctor Strange , not through a fist fight but through cunning intelligence. Furthermore, The Beyonder could help connect to the wider multiverse and how the original Avengers messing with alternate timelines and creating new realities may have accidently brought The Beyonder to their reality. 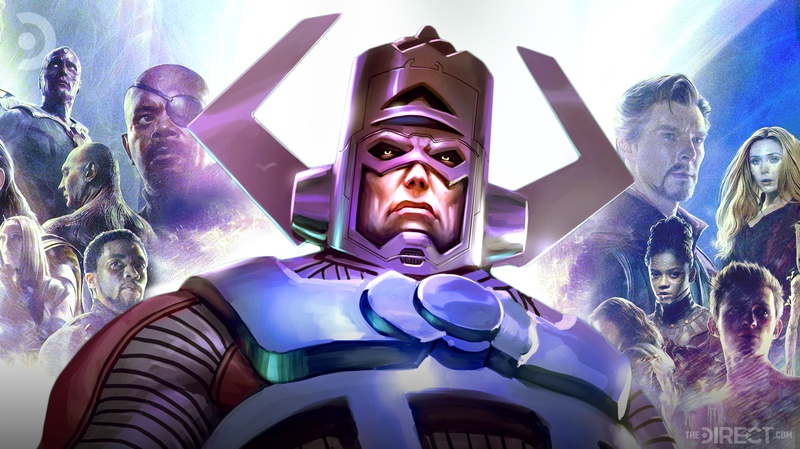 If Marvel Studios wants to delve deeper into the multiverse, Galactus would actually be a character who could explore some very weird concepts from the comics, such as the fact that there have already been six previous iterations of the multiverse and that Galactus was the last survivor of the sixth. Also in the comics, Galactus was actually given his power and position as the Devourer of Worlds by the Sixth Cosmos, the literal embodiment of the Fifth Multiverse.

Marvel Studios could do far more with this character than simply making him a giant in a purple suit (or a cloud) that eats planets. They could explore his tragic backstory, the concept of cosmic entities and how they are created and formed, and how his hunger has affected him over the eons.

Additionally, having The Fantastic Four in a central role in an Avengers movie would go a long way in establishing them for the wider audience. But, this does bring up the question: Why not just have a Galactus-focused story be a Fantastic Four movie with appearances from the Avengers instead? This could be done in the same manner of how Captain America: Civil War had roles for the majority of the Avengers but was still a movie focused on Steve Rogers. 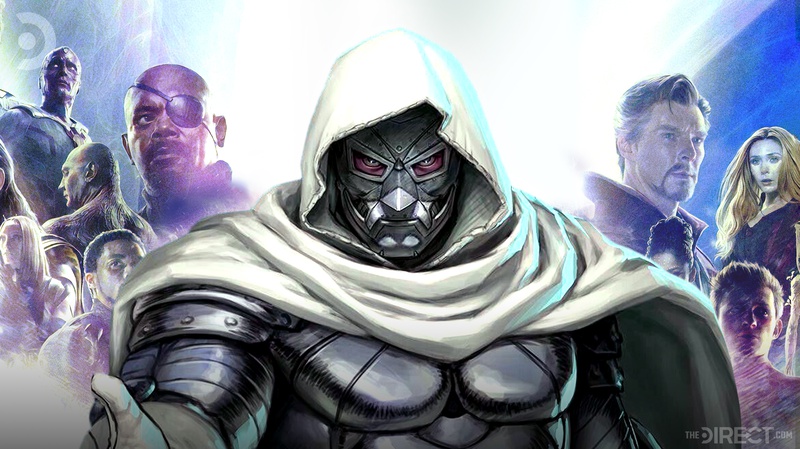 By far one of the most famous comic book villains, Doctor Victor Von Doom has attempted to take over the world several times over, whether its was by reshaping time and reality to his will or even becoming a god. He may be the greatest enemy of the Fantastic Four and archenemy of Reed Richards, but even The Avengers and its various members have had to contend with him many times over.

Dictator of the fictional country of Latveria, Doctor Doom is someone that can only be described as a techno-sorcerer. He's a super genius rivaling Reed Richards and master of dark arts that even makes Doctor Strange sweat. Beyond anything else, Doom has an enormous ego to the point of attempting to save face one time by saying that being a god was beneath him.

Doom would be quite an entertaining foe for The Avengers, since he could potentially end up having some sort of personal beef with any and all of the team's members. Whether it would be him attempting to take over Wakanda to steal their Vibranium, him making a mess for Doctor Strange to clean up, or simply trying to outdo Richards, Doom is capable to cause a whole lot of strife for the Earth's Mightiest Heroes. 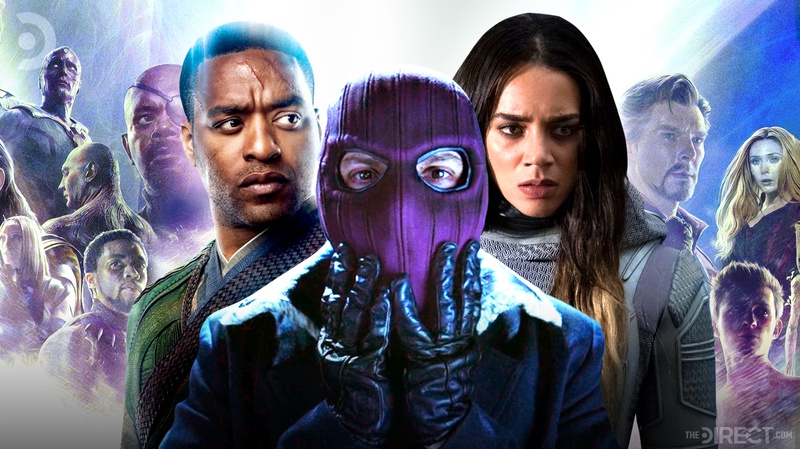 Who doesn’t want to have a band of villains fight a team of heroes in a brawl? Surprisingly, this concept is something that has yet to be done before in a big-budget superhero flick, with only the end-credit scene of 2017's Justice League hinting at the formation of Legion of Doom. And so, with The Masters of Evil, this could be something else that Marvel Studios beats DC at introducing in their movies.

Here’s a list of all the former villains who are currently still alive that could be members of this cabal of villainy that is the Masters of Evil:

There is the possibility of having even more villains survive in upcoming movies and shows like The Eternals and WandaVision, which could expand the possible roster for this gallery of villains. It would be great to see a brawl between two teams of super beings in live-action, each potentially having a personal conflict with one another. The closest that we got to this was in Civil War , but even then it was just the good guys reluctantly fighting each other at an airport. 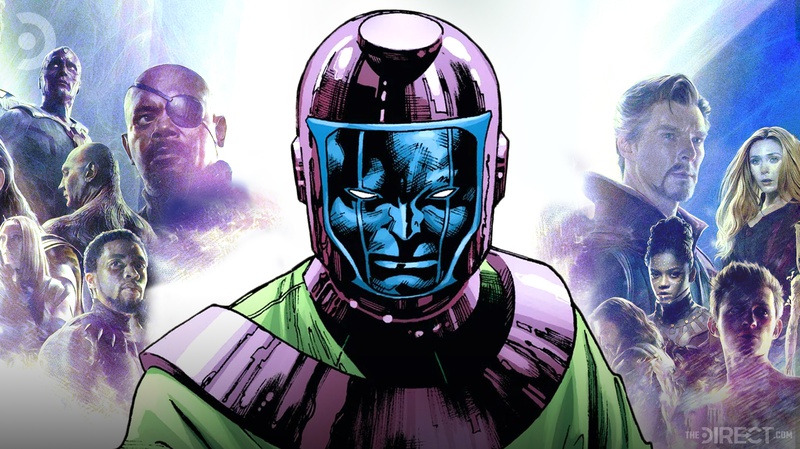 By far the most logical choice as the villain for the fifth Avengers movie is Kang the Conqueror. As indicated by his title, Kang has a hobby of conquering, but instead of worlds or countries, he seeks to the universes in his own time. Having an entire galactic empire and army, along with technology from the 40th century, Kang is an immense force to be reckoned with and one of the greatest enemies of The Avengers.

His arrival would also make a lot of sense considering that the original Avengers had created a time machine and made multiple timelines with their interference. Perhaps the biggest problem that their time travel caused was the escape of Loki in one alternate timeline, which had even gotten the attention of the Time Variance Authority (TVA) who have captured and imprisoned him. So, not only was time travel a big deal in the movies, it’s going to become a big deal in the Disney+ shows as well.

Getting into theoretical and rumor territory, it is even entirely possible that the previously rumored "Benefactor" character could be Kang himself. At one point in his life when Kang became a legendary figure, he actually was called the Benefactor. He even had an alter ego that he would use in order to establish a functionally legal business empire, using it to gain power and influence in the 21st century.