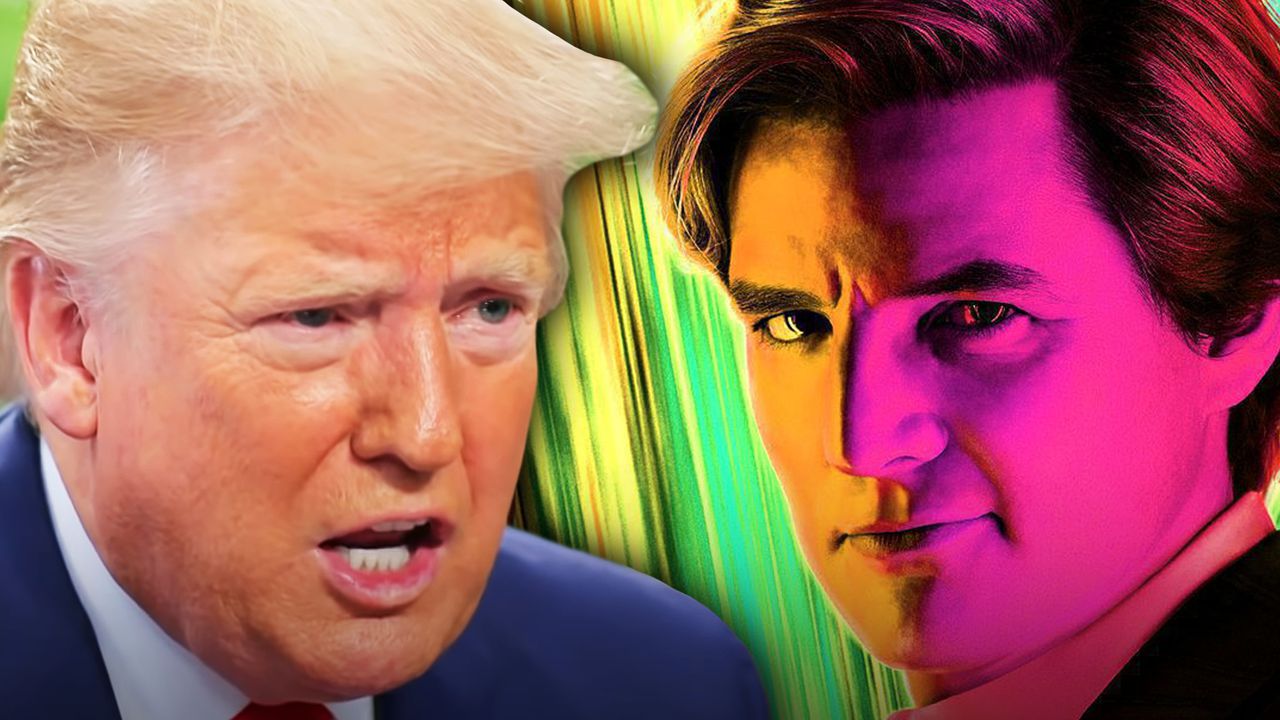 Wonder Woman 1984 has faced some unfortunate delays due to the ongoing Covid-19 pandemic. Even though a first trailer debuted in December of last year, with an expected August 2020 release date, the film was pushed back to October 2, 2020, which may still change depending on the world's status.

This has not kept fans of the iconic superhero from anticipating the next step in the groundbreaking franchise, as Diana Prince faces off against villains Cheetah (Kristen Wiig) and Maxwell Lord (Pedro Pascal). In the comics, Maxwell Lord is a sinister business mogul who constantly finds himself at war with the heroes of the DC universe.

While a previous tweet from director Patty Jenkins revealed that the conception of the character was in no way inspired by real-life businessman Donald Trump, a new comment seems to state otherwise.

In anticipation of DC's upcoming virtual convention DC FanDome, Collider posted a list of details they learned from visiting the film's set, including two new pieces of information on villain Maxwell Lord.

First, the article talks about who the real villains of the film are, and the themes that may be explored through their battle against Diana Prince:

Who is the villain of this next chapter? Well, there are multiple antagonists, but the real enemy, one might argue, is capitalism. Gadot observes that Diana’s adversaries are not “obvious villains,” that she found herself rooting for them initially as much as she was rooting for Diana and Steve when reading the script. Game of Thrones’ veteran Pedro Pascal plays comic book villain Maxwell Lord...He’s the king of phony informercials. If people are chasing after dreams of wealth, power, and fame, then Max is selling those dreams. He is this “desperate, self-obsessed, fraudulent entrepreneur who runs a business selling the American Dream."

The article then goes on to detail how Maxwell Lord directly affects the other villain of the film, Kristen Wiig's Cheetah:

Obropta Barbara Minerva, another antagonist played by Saturday Night Live alum Kristen Wiig, is beguiled by this illusion and eventually corrupted by it. The character will begin her transformation into Cheetah, one of Diana’s most famous adversaries from comics canon, by falling victim to Max’s scheme...Diana, meanwhile, sees all the greed and all the “bad things that that are being done in order to get to the top,” Gadot says. “I think she doesn’t like that so much: the price that people are willing to pay in order to achieve whatever it is they want to achieve. But other than this, I think [Diana] loves the ’80s. Great hair, she’s rocking the hair and styles, it’s great.”

Another quote then directly explores a relation between Maxwell Lord and Donald Trump, by saying:

Expect parallels between Max and Trump. Photos of the fired reality TV star with a trail of bankruptcy filings adorn costume designer Lindy Hemming’s work space. “Donald Trump, of course,” she says, while discussing sketches for Max’s business attire. “Well, that’s helpful to look at, isn’t it? There is something about the period of Donald Trump and being a businessman, of being rather sleazy a little bit, and a bit goofy and a lot of talk. So that’s why he’s there. There’s more but I ought to just…” She trails off but “zip it” comes to mind.

Life and art go hand in hand, and it's exciting to see a superhero film such as Wonder Woman 1984 draw inspiration from such real-life issues for its film. Though Patty Jenkins has previously stated that Maxwell Lord's characterization is not inspired by Donald Trump, that could still be true from a writing standpoint, but the costuming and design of the villain is clearly a different story.

It's also interesting to get more details on the themes of the film, and the ways in which these villains embody certain flaws in our society. WW84 is clearly attempting to criticize the injustices that exist within capitalism, using a greedy entrepreneur who manipulates a wide-eyed costumer as Diana's glimpse into the ways in which humanity has changed since she first left Themyscira.

In a day and age where more and more people are discovering that the institutions of this country may not be beneficial for everyone, a film like Wonder Woman 1984 has the potential to be more relevant than ever, proving that even though some may abuse these systems, heroes still exist, and all hope should never be lost.