When Disney purchased the rights to Star Wars in 2012, they immediately laid the groundwork to release a new Star Wars film every year beginning with 2015’s The Force Awakens . However, the company and the Star Wars fan base began to have a bad feeling about this plan following the divisiveness of The Last Jedi in 2017 and the financial disappointment of Solo: A Star Wars Story mere months later.

While many hoped The Rise of Skywalker would right the starship, the 2019 conclusion to both Disney's Star Wars trilogy and the Skywalker Saga was met with mixed reviews and was not quite the success Disney had hoped for. Fan frustration, box office numbers, and cool critical reception left fans, critics, and executives scrambling to pinpoint what went wrong; and while there are a galaxy of theories and excuses, one of the most repeated explanations is franchise fatigue. Or in this case, Star Wars fatigue.

WHAT IS "STAR WARS FATIGUE"? 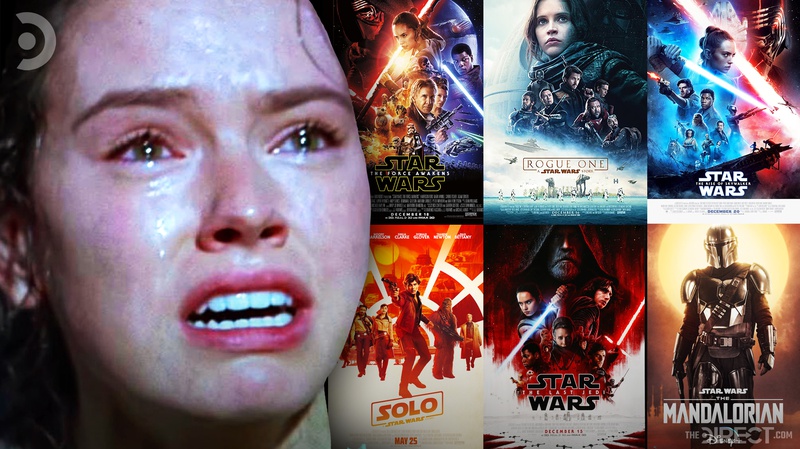 Franchise fatigue is the idea that the over saturation of movies, shows or other forms of content leads consumers to have a negative response or a lack of interest in that specific franchise. Many believe that Star Wars fans underwent Star Wars fatigue over the last few years, with Disney's then-CEO Bob Iger even confessing, " I just think that we might’ve put a little too much in the marketplace too fast .”

While this "too much of a good thing" sounds like a logical explanation, it's important to look at the bigger picture. At the same time that Star Wars was being criticized for its overabundance of projects, the Marvel Cinematic Universe, or the MCU (also owned by Disney) released five films in a single year-span, beginning with Spider-Man: Homecoming on July 7, 2017 and ending with Ant-Man and the Wasp on July 6, 2018. Two of those five films within that same year, Black Panther and Avengers: Infinity War , shattered box office records and stand as cultural phenomena.

Taking that into account, could it be that Disney’s Star Wars woes wasn’t due to too much of a good thing, but rather not enough of one?

WHY THERE IS NO SUCH THING AS STAR WARS FATIGUE 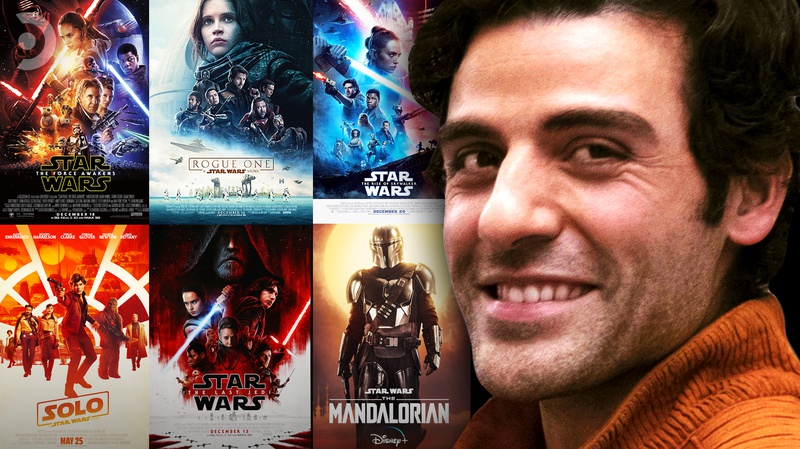 While the MCU's 20+ films with relatively consistent box office success disproves the notion of franchise fatigue, it doesn't appear Disney believes this to be true. The studio has done anything but slow down in regard to Star Wars, and have found tremendous success with the revival of the final season of the Star Wars: The Clone Wars animated series and a new live-action series The Mandalorian on Disney+.

Let's start where we always should - the story. 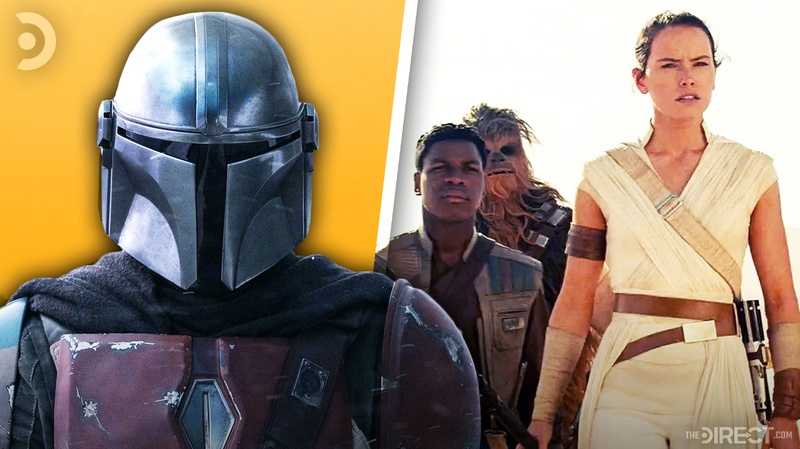 The Mandalorian is a departure from the sweeping epics of Disney's Star Wars trilogy in that it zeroes in on a single character and tells a slow, focused story through a singular perspective.

The MCU follows a similar pattern with its various origin story films, but manages to tie them in to an interconnected, over-arching storyline that built to and climaxed with Avengers: Infinity War and Avengers: Endgame .

Lastly, the final arc of the final season of Star Wars: The Clone Wars has been hailed as some of the most compelling Star Wars content fans have enjoyed in years. The different perspective of Order 66 not only harmonized with Revenge of the Sith but also managed to enhance the impact of that film's events.

In contrast, Disney's Star Wars films suffered from troubled production, discarded directors, loose end plot points, awkwardly inserted social messages, too much content without context. Perhaps its most lacking element has been that of a singular vision. Yes, the Star Wars films all exist in the same universe (or in this case, galaxy), but they often fail to complement, enhance, or blend with the saga films that came before other than obvious references or the return of the original cast.

So what is the secret to The Mandalorian , The Clone Wars , and the MCU's successful stories? It’s characters. 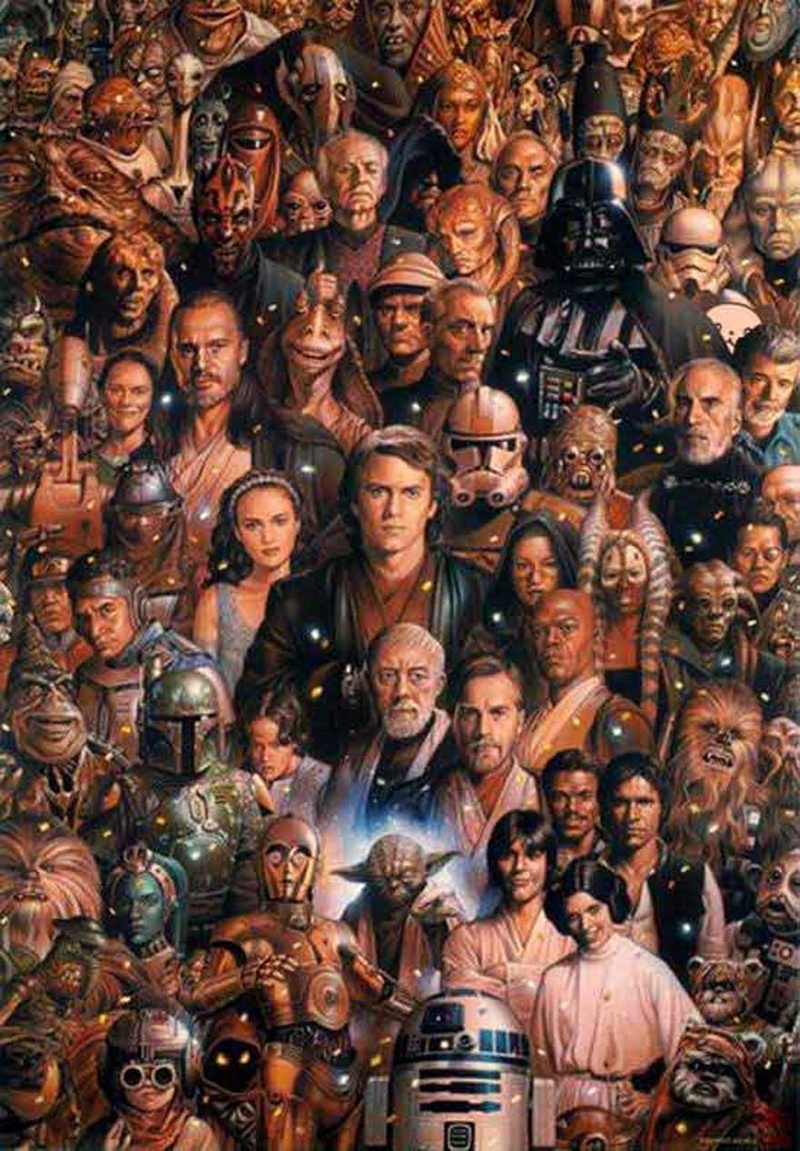 The secret of the MCU is its characters. Superheroes with superpowers and not much else would be cool for all of five minutes. The genius of the MCU is that its superheroes are human, and they want audiences to know that. The humanity of the MCU's characters grounds Marvel's fantastical worlds and situations in reality and allows its heroes to be likeable, relatable, and, most importantly, vulnerable.

True to its name, The Mandalorian is all about the character of Din Djarin and his growth through his decisions and mistakes regarding The Child (a.k.a. Baby Yoda).

Likewise, the impact of the final arc of The Clone Wars would be nothing without character development. Fans knew the ending, and they knew the fate of its characters, but they were still invested and the episodes had weight because they were about the further development of Ahsoka and Captain Rex. Audiences had witnessed the growth of these two characters for seven seasons, and that's why audiences cared.

In contrast, Disney's Star Wars films, particularly the Sequel Trilogy and Solo: A Star Wars Story , suffered from a cast of static characters. Rey remains largely unchanged as a person from The Force Awakens to The Rise of Skywalker . The same could be said of Poe Dameron and Finn. Both had minor arcs in either The Force Awakens and The Last Jedi but show no evidence of that growth in The Rise of Skywalker .

Luke definitely had an arc in The Last Jedi , but who he was on Ahch-To largely contradicted the arc he experienced in the original trilogy when he learned that it was difficult to believe or accept. Finally, while we may never know what Leia's story would have been due to Carrie Fisher's sudden passing, her character too is largely static in Disney's trilogy.

Another issue with Disney's sequel trilogy characters is the lack of screen time they shared with one another. George Lucas once said that Star Wars is a space opera about a family. Keeping the characters apart from one another when relationships and family was the crux of both the prequel and original trilogy's character's journeys was a mistake and stunted the believability of the characters' connections with one another and their overall growth.

Without developed characters and relationships, there’s simply nothing to invest in, and all the visual effects in the world can’t replace that.

Star Wars was one of the biggest pop culture events of the twentieth century and still is as beloved today as it was then. While many wax poetic about its technological breakthroughs, impact on Hollywood, and genius in merchandising, the timelessness of Star Wars is in its characters and storytelling that reflect what matters most to us as people: morality, relationships, politics, causes, and faith.

This is why there's no such thing as Star Wars fatigue or franchise fatigue. There's only frustration or lack of interest in content that fails to live up to what Star Wars does best. Critics and executives need to realize fans don't want less content; we just want what it should be.