Famed Muppets creator and puppetry innovator Jim Henson passed away 30 years ago this May. Throughout his illustrious career, he and his colleagues from his Creature Shop worked on several different films, providing puppets and animatronics to such movies as 1990's Teenage Mutant Ninja Turtles and 1982's The Dark Crystal . And although Jim Henson's Creature Shop never collaborated on or contributed to any Star Wars films directly, Lucasfilm and Henson had always been on very friendly terms, with George Lucas himself even executive producing Henson's 1986 fantasy epic, Labyrinth.

Special effects legend, Neal Scanlan, who has worked on each and every Disney-era Star Wars feature film and helped bring characters like Rogue One' s K-2SO to life, cut his teeth in the practical effects world with his worki on Labyrinth . When it came to the production of the conclusion of the Skywalker Saga, The Rise of Skywalker , Scanlan decided he wanted to insert a tribute character into the film as an homage to the late Jim Henson. Scanlan, who recently spoke with Yahoo! Entertainment , based this creature on Ludo from Labyrinth and gave it many of the same physical characteristics.

“I remember Ludo coming together, and Jim seeing him. When it came time to do The Rise of Skywalker , I said, ‘Why don’t we do a version of that?’”

The result was a large, furry alien who was ultimately cut from the finished film but whom Scanlan claims may still be visible in the background of the bar during the films sequnce on Kijimi.

Scanlan does indicate that the character in question, which can be seen below, could pop up in another Star Wars installment, particularly the still-untitled Cassian Andor series, which he also currently has a hand in. To that effect, Scanlan has said the following:

“We always have a little backstory of our own for every character we make — it gives us a bit of a giggle. So it would be wonderful for my crew’s work to be seen, because everyone puts so much of their life into it. 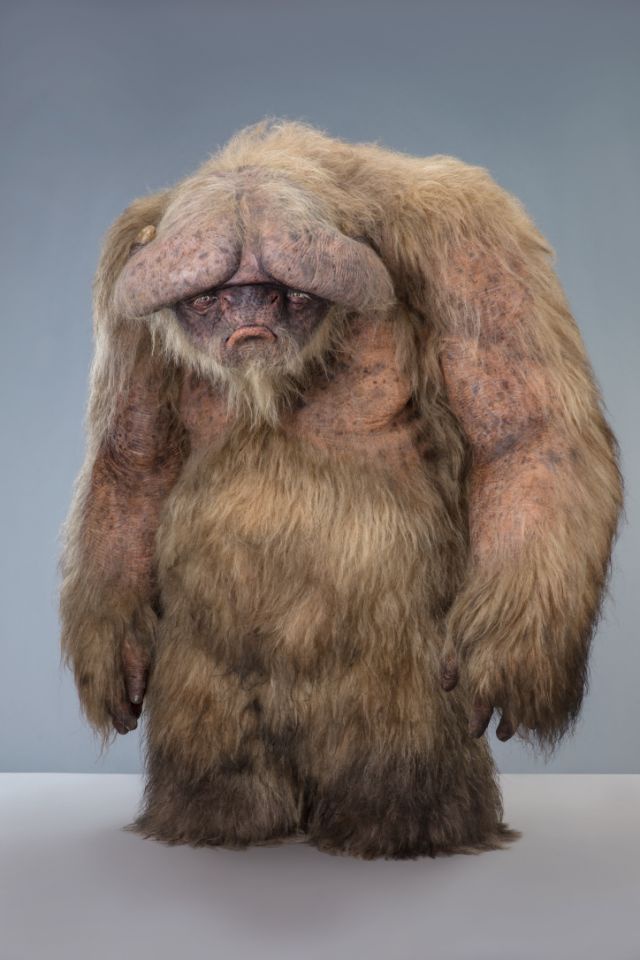 It's a shame that such an interesting looking creature doesn't actually appear in the film, especially when so many people put so much time and thought into its creation. However, the hope that he might pop up in a future Star Wars is encouraging. And with such a unique and voluminous design, a creature such as this one would indeed be difficult to miss!