Star Wars: The Last Jedi is easily one of the most controversial movies to hit pop culture in a long time. Not only was it a long-awaited sequel, it brought back Mark Hamill's Luke Skywalker for the first time since the original movies—but when it finally hit theaters, many had a long list of problems with it.

Among the many problems, audiences felt the movie had include how Luke Skywalker's characterization felt off, the unsatisfying death of Snoke, Holdo's frustrating communication, Rey's nobody-heritage, and much more.

In an interview with Den of Geek. Hamill himself admitted some discontent without how things went down, including how "it was a big mistake that [Luke, Leia, and Han] were never [going to] reunite in any way" thanks to both Han and Luke being dead by the end of The Last Jedi.

Despite everything, Johnson has recently noted how he's "even more proud of it five years [later]," even despite the "actively hostile and toxic" online culture that gravitated towards his movie—which he made clear is not necessarily from actual "Star Wars fans who didn't like the movie." 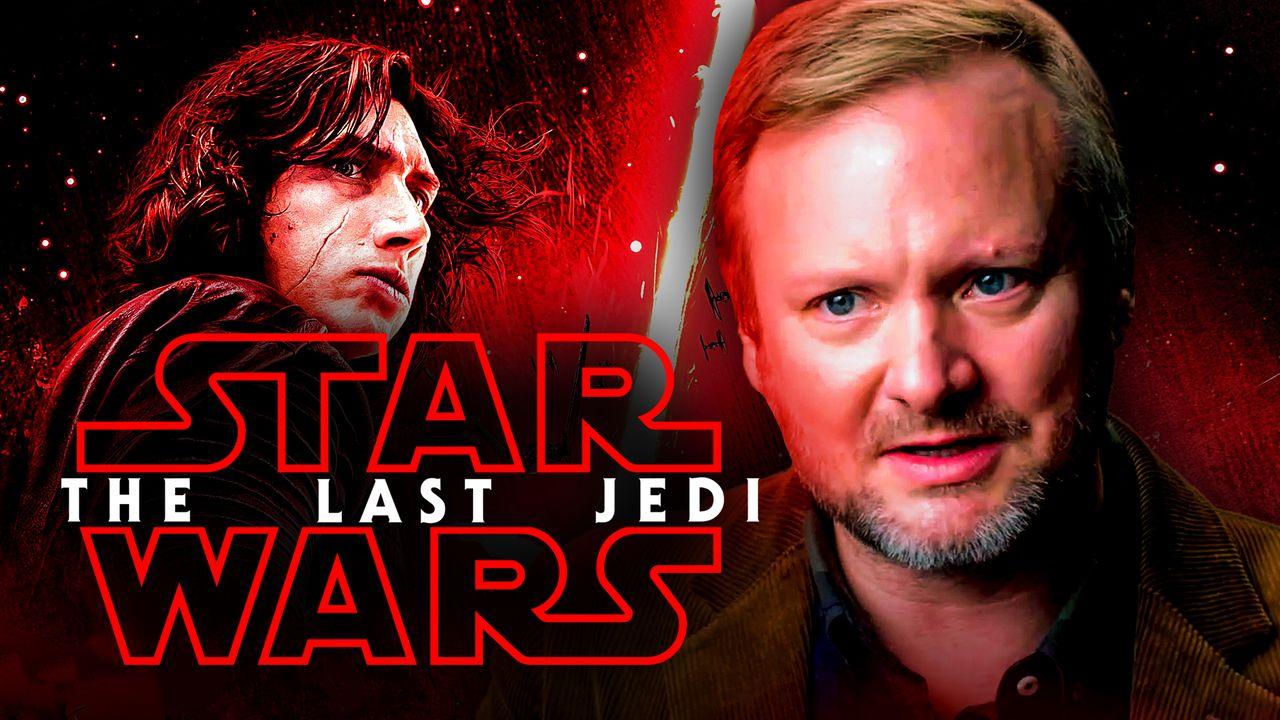 In an interview with Gizmodo, Star Wars: The Last Jedi director Rian Johnson spoke about how he doesn't regret his time working on the blockbuster movie.

When asked if he felt he left anything on the table for the movie, the director expressed how he "put everything into [his] Star Wars movie" and that he "could really do what [he] wanted" with Episode VIII, which is the "one thing [he] don't feel any regrets about:"

"No that's one thing I can say, that I put everything into a Star Wars movie that I could possibly want in a Star Wars movie... I think... that's what defines the experience for me looking back on it and why I feel... just so thankful for it and... I feel like for better or for worse I had my chance at the plate. I swung. I was very lucky to get to do [that]...  [and thanks to] the people at Disney and Lucasfilm and Kathleen Kennedy... [for] protect[ing] the creative process so that we could really go in and I could really do what I wanted... That's one thing I don't feel any regrets about or anything like that."

Johnson also shared how he feels that filmmakers have "done the process wrong" if they haven't put all of their ideas into the project they're working on, instead of saving things for future sequels:

"It's just I feel like I did absolutely leave it on the table. But I also feel like a filmmaker should do that with every single movie they ever make. You know, I feel like if you get to the end of the process and feel like you still got something in the tank for the sequel, you've done the process wrong I think."

Did Johnson Bring His All?

While some fans actively hate The Last Jedi, others adore it for the risks many felt it took. Out of all of the Star Wars films to ever exist, it certainly is among the most talked about, simply because of the conflicting discord surrounding it.

Johnson's comments on how if filmmakers "still got something in the tank for the sequel" feels really off. Maybe some of his thought is good in theory, but in practice, having leftover ideas is certainly not a bad idea—especially if trimming them from a current project makes it a better final product.

For example, something like the Marvel Cinematic Universe would never exist if its filmmakers abided by that same thought process. Also, sometimes cutting ideas out of a movie is a good thing, and those cut ideas can be used down the line.

One of the biggest problems with the entire sequel trilogy, as mentioned by much of the Star Wars fandom, is was how there was never a clear plan. A trilogy should have a clear overarching narrative—but it was clear Lucasfilm was telling the story on the fly.

Last Jedi is the perfect example of that, as the movie feels to be actively tearing down everything set up in its predecessor, The Force Awakens. By the time Rise of Skywalker came around, there wasn't much foundation left for a grand finale to be built on.

Star Wars: The Last Jedi is now streaming on Disney+.