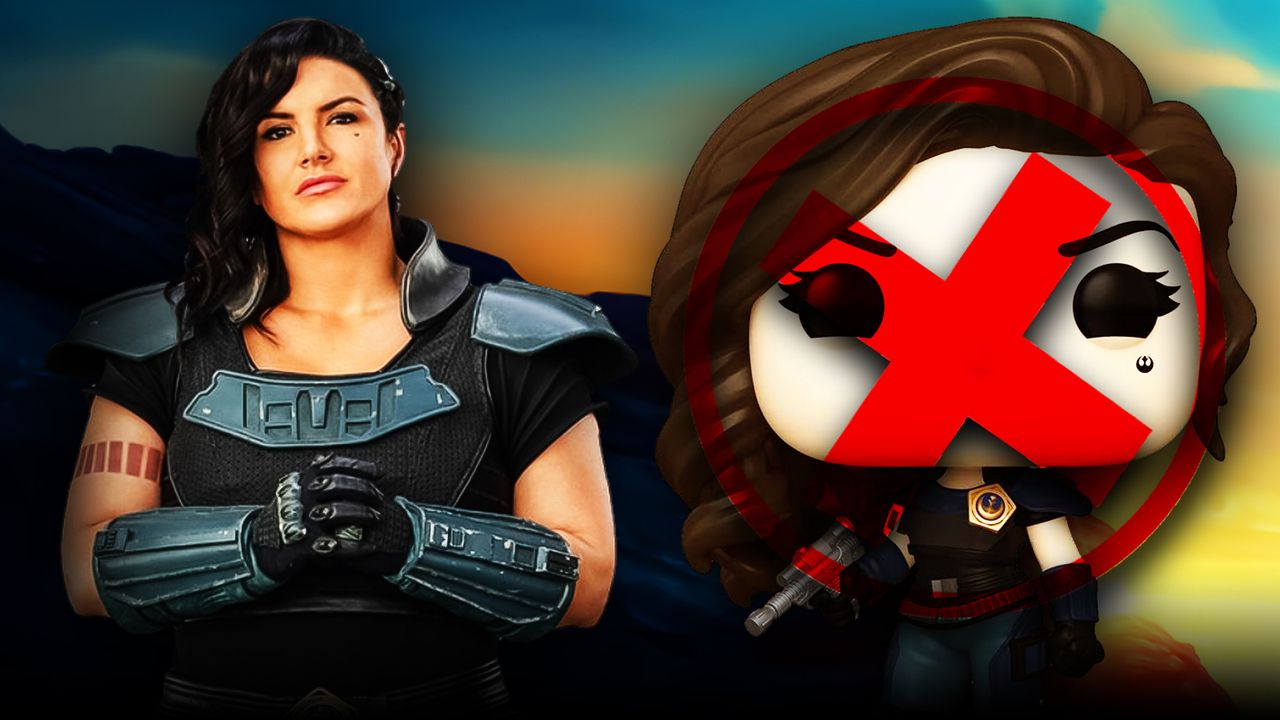 The recent firing of Gina Carano from her role of Cara Dune in the Star Wars universe has led to a big shakeup within the franchise's Disney+ series'. Carano was fired following several controversial tweets during her employment at Disney in which she compared the treatment of Republicans in modern America to that of the Jewish community during the Holocaust.

Care Dune was previously slated to appear in future seasons of The Mandalorian along with plans for her to star in her own spin-off story, Rangers of the New Republic. Immediately following the firing, Hasbro announced its decision to cancel several of their previously announced Cara Dune product releases.

The decision to cancel many products featuring the character led to a lack of stock across retailers, and it seems Funko is next as the toy manufacturer discontinues a major product.

A post by @dis.pops on Instagram shared an email from Entertainment Earth that reveals Funko has discontinued production of its Cara Dune figure. The email was sent to a customer who had purchased the figure, however, unfortunately, had their order canceled by the company due to the lack of stock.

The full email sent to the customer by Entertainment Earth reads:

“Unfortunately, we're sorry to report that the manufacturer has notified us that we will not be receiving any additional shipments of the Star Wars: The Mandalorian Cara Dune Pop! Vinyl Figure (Item FU42065) you ordered because they have discontinued production of this item. No additional information was provided to us by the manufacturer as to why this occurred. Sadly, that means we will not be able to ship it to you and have canceled it from your order. We apologize for any inconvenience this causes.”

AN EXPECTED, BUT UNFORTUNATE MOVE

Naturally, it was expected that Disney would opt to end production on the toys relating to Carano's character. However, It's unfortunate to see all the merchandise relating to such an important character be discontinued due to the actress' actions.

After all, younger fans will still continue to watch the early seasons of The Mandalorian and connect with the character, only to discover there isn't any merchandise out there.

An assortment of rumors has spread across the industry as to Disney's plan to replace the character with some suggesting she may be recast, and others believing her role may be replaced with Star Wars: Rebels' Hera Syndulla.

With The Mandalorian season three and The Rangers of the New Republic believed to be on their way soon, it's likely these questions will be answered soon before either begin production.

Rangers of the New Republic