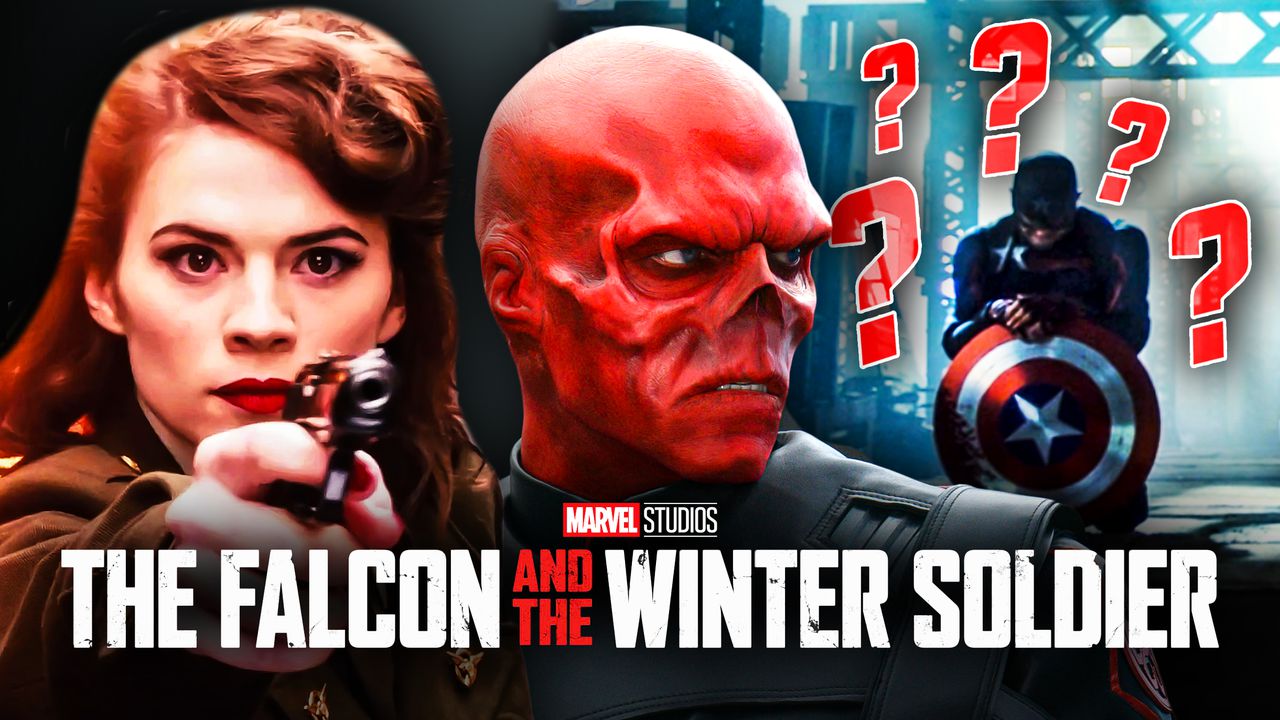 Last month, writer Malcolm Spellman teased that there would be a surprise character in episode five of The Falcon and the Winter Soldier, which was revealed to be none other than Contessa Valentina Allegra de Fontaine, played by Emmy award-winning actress Julia Louis-Dreyfus. Spellman described her as “a very, very grounded character” and that he'd love to see her paired alongside other characters like Thor.

A recent report has said that Marvel Studios has “even bigger ambitions” for Valentina in the MCU and that, reportedly, Julia Louis-Dreyfus “will be cropping up in the MCU for some time to come.” With that, let's try to explain who Valentina is within comic storylines and how the villain might impact the Marvel Cinematic Universe moving forward.

Contessa Valentina Allegra de Fontaine started as an Agent of SHIELD in the comics, quickly rising in the ranks. Valentina would eventually have romantic relations with both Nick Fury and later Captain America himself. At one point in time, Valentina and Fury's most loyal allies helped him close SHIELD bases worldwide.

Eventually, when Fury was driven underground, she actually became SHIELD's liaison to the U.K, where she helped other superheroes like Union Jack. However, her time as an Agent of SHIELD would not last, and she put on a new mask.

During the Dark Reign comic event, Valentina had secretly joined Hydra under the identity of Madame Hydra. Over time, she manipulated the organization to her own ends, never truly believing their cause, until she eventually betrayed them to another shadowy group of villains.

Using the resources at her disposal and the help of other villains associated with this other cabal of evil, she awoke an entire army to wage war on both Hydra and Nick Fury in the name of Leviathan. However, this would ultimately prove to be unsuccessful, and her ruse was finally revealed.

All along, her loyalties in the comics since the beginning were to Leviathan. Valentina and her parents were sleeper agents for Leviathan until she was later recruited by SHIELD agent Dum-Dum Dugan, unaware of her true allegiance.

This last connection to the comics has surprisingly been adapted into the MCU already by Marvel Studios in its first television co-production starring Hayley Atwell, Agent Carter.

Leviathan should sound very familiar to certain MCU fans, as they appeared as a Soviet espionage agency taken down by Peggy Carter in the first season of Marvel Studios' Agent Carter. One important figure of the organization was Johann Fennhoff, forcefully recruited as a scientist who quickly rose to power as its leader. What made Fennhoff special was his work in hypnosis, which became the basis for HYDRA's brainwashing of Bucky Barnes as the Winter Soldier.

Additionally, in Agent Carter, Leviathan actually has ties to the mystery Red Room, the program where Natasha Romanoff learned to be a deadly assassin and spy, which is also a primary plot point in Black Widow. In Leviathan's latest missions, they had recruited another Black Widow assassin by the name of Dottie Underwood. It will be unsurprising if any of this is mentioned in Black Widow.

Especially since Agent Carter has already been directly referenced by Marvel Studios in Avengers: Endgame with the cameo of James D'Arcy's Edwin Jarvis.

As previously mentioned, in the MCU, Leviathan already has ties to the Red Room and the Black Widow Program as both were a means for expanding Russia's power and influence in the world before both either dissolved or were thought to be decommissioned.

It was recently reported that Julia Louis-Dreyfus' Contessa Valentina Allegra de Fontaine was originally meant to debut in Black Widow instead of The Falcon and the Winter Soldier. This implies that her villainous character would connect either to Romanoff or the Red Room itself. At the moment, the only sort of connection Valentina would have to either would be through Leviathan.

Contessa Valentina's introduction in the MCU has her approaching a disparaged John Walker and telling him that he has become “very valuable to certain people.” However, fans never actually find out the identity of these people or who Valentina is representing. Walker's wife actually pressed Valentina for any form of identification, only to casually be handed a business card.

It's now a question of whose ultimately interested in John Walker as an asset. It could be someone like Norman Osborn wanting to form his own team of Avengers or Thaddeus Ross forming the criminally-inclined Thunderbolts.