WarnerMedia Entertainment separately released its own streaming service HBO Max on May 27, 2020, which boasted a wide range of properties owned by Warner Bros., including DC properties. In addition, Zack Snyder's Justice League was announced to be exclusively streaming on HBO Max as opposed to DC Universe. This, along with the slowing down of producing original content for DC Universe, has put the DC streaming service into uncertainty due to a seeming redundancy of operating both simultaneously.

A new piece of information may provide further indication as to what Warner Bros. intends to do with DC Universe... 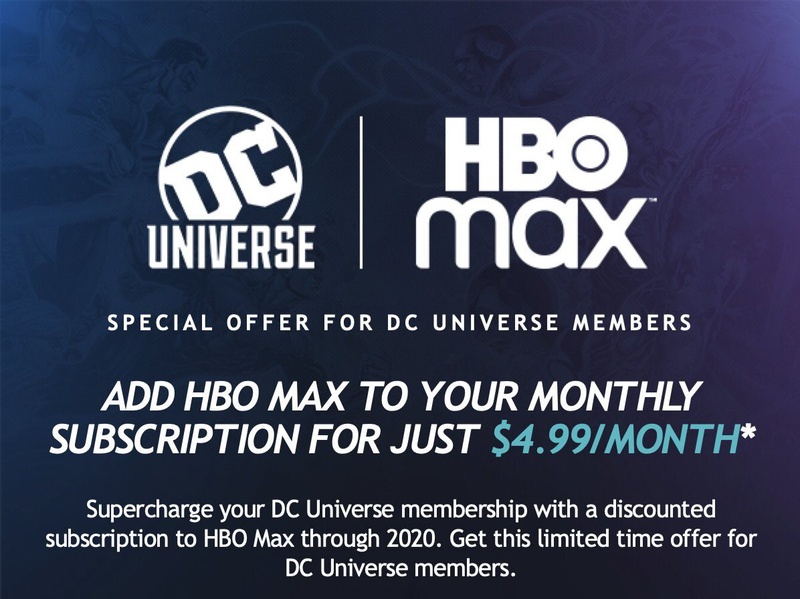 Through this offer's announcement, it could be speculated that DC Universe's future is uncertain at best. Whilst it is not outright stated in this offer, this is likely showing DC Universe members the benefits of HBO Max to ease a transition over to the newer service. DC Universe already has a limited amount of content anyway, so it makes sense why Warner Bros. would want to push HBO Max, which has a plethora of other content in addition to its DC properties.

The fact that this offer is running through 2020 could indicate that DC Universe will be supported until the service is officially shut down at the end of the year. No new additional original programming has been announced for the service, nor have there been any updates in regards to additional seasons for its current originals. This may suggest that these series will be canceled or carried over to HBO Max.

The service launched back in 2018 and has still not left the United States after two years. Some shows have even been aired on different streaming services overseas, such as Titans . The fact that DC Universe was not pushed internationally could imply that Warner Bros. was waiting to make a bigger international effort with HBO Max, which it will begin to do starting in 2021.

Regardless of whether this could mean the demise for the DC streaming service or not, at the very least, DC Universe fans will get a chance to check out HBO Max.