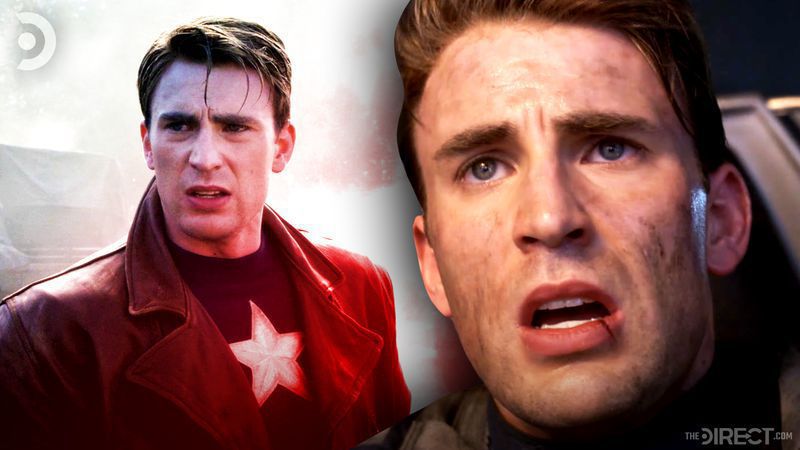 The Marvel Cinematic Universe is home to tons of quality characters. And behind each and every one of those characters, from Luis to the Ancient One to Ultron, is a skilled actor who has made their character their own. These actors, despite enduring heavily strenuous stunts and/or long hours on set, usually jump at the chance to appear in the next Marvel Studios project.

However, there was one notable case that needed a little extra prodding.

Chris Evans, who breathed life into the character of Steve Rogers, Captain America himself, recently spoke to The Hollywood Reporter for their 'Awards Chatter' podcast. It was in this interview that Evans gave further detail on his well-documented trepidation towards initially taking on the Marvel role.

"My suffering would be my own," Evans remarked, recalling when he was faced with Marvel Studios' offer of a nine-picture deal. Evans, who suffers from anxiety, was incredibly fearful that such a commitment would push his nerves to their breaking point.

Marvel Studios president Kevin Feige was persistent and continued to offer Chris the opportunity to come and read for the part, but he continued to turn these offers down. It wasn't until Feige offered him the part directly, and Evans consulted with Iron Man star, Robert Downey Jr., that he decided to take on the role.

Luckily for everyone, "It was the best decision I've ever made, and I really owe that to Kevin Feige for being persistent and helping me avoid making a giant mistake. To be honest, all the things that I was fearing never really came to fruition. I fell in love with Steve Rogers pretty quick," says Evans.

He adds that he found comfort in the fact that Avengers co-star and friend, Chris Hemsworth was in the same boat, having come on board as Thor around the same time: "It was nice having Chris Hemsworth around because he was going through it, too. I mean, at the time Downey's Downey and Scarlett's Scarlett [Johansson]. And [Mark] Ruffalo and [Jeremy] Renner, at the time, were crushing it, too. Hemsworth and I were very new and we also had the stand-alones and so I think we shared in our anxiety, and at least that made it a little bit more comforting."

It's extremely difficult to imagine a Marvel Cinematic Universe without Chris Evans as Steve Rogers, who ended up appearing at least once-per-year for nine years as the character. The earnestness and humanity that Evans was able to inject into the role - qualities which could've come across as hokey in the hands of another actor - are unmatched.

Steve had his story pretty much wrapped up in last year's Avengers: Endgame, having gone back in time to be with the love of his life, Peggy Carter. But as is often the case with Marvel, no one is ever really gone. Could the door potentially remain open for Evans to shine as the Star-Spangled Man with a Plan once again? Perhaps in a film from Marvel Studios' upcoming 'Phase 5' slate? Time will tell.

Regardless if Evans ever appears again as Cap in live-action, he is slated to voice the character in the upcoming Marvel Studios' animated series on Disney+, What If...?