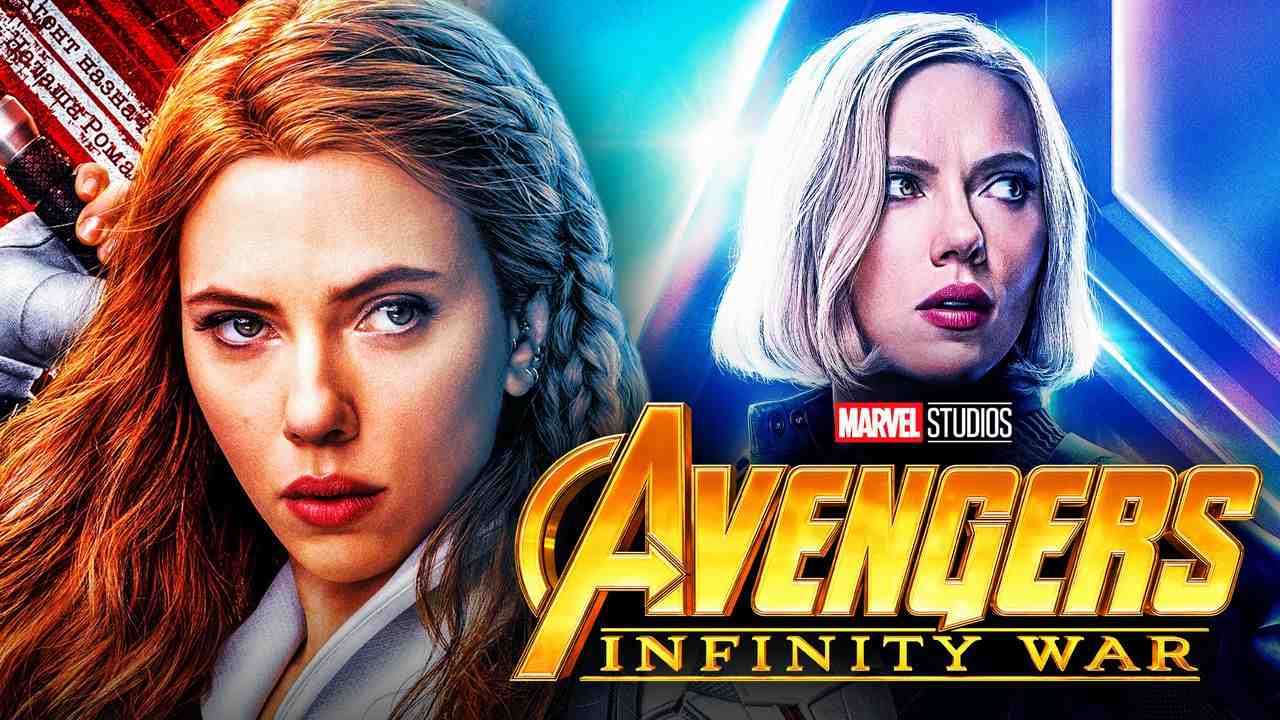 After over a decade of calls for Black Widow to lead her own solo film, who would've thought it would take her character's death to finally see the light of day.

Natasha Romanoff has been through a lot in her decade in the MCU, having finally found herself a family in the Avengers only to see it pulled apart in Captain America: Civil War .

Following her breaches of the Sokovia Accords, the superhero face-off left Black Widow on the run from the U.S. Government. When Thanos' attack on Earth kicked off in Avengers: Infinity War , Romanoff was traveling the world with Steve Rogers and Sam Wilson.

Being set between the two blockbusters, Black Widow does a lot to set up the opening of the 2018 epic, including explaining Natasha's change of style in the film.

Scarlett Johansson's Natasha Romanoff has been through a multitude of different hairstyles throughout her MCU tenure. Avengers: Infinity War marked the most drastic departure from her standard look as she dyed her hair blonde and cut it short.

Natasha was clearly contemplating a style change early on in Black Widow as she was shown to be holding a box of blonde hair dye after Rick Mason set her up in a Norway-based caravan.

However, the Russian spy didn't commit to the switch until the final moments of the blockbuster. After her grand takedown of the Red Room and evading the capture of Thunderbolt Ross once again, Natasha reunited with Mason and was finally shown to be sporting the new look.

While Black Widow doesn't offer a definitive reason for her change of look, it can be assumed she was looking to ditch her iconic look to make herself less recognizable and evade the capture of the U.S. Government. Natasha specifically tells Mason that she's "gonna go break a few of [her friends] out of prison," which would be a valid reason for the appearance makeover.

But, the sudden change of hairstyle wasn't the only part of Natasha's Infinity War look that was explained in Black Widow. Some eagle-eyed Marvel fans noticed prior to the release of the film that Yelena's jacket was the same one donned by Romanoff in the 2018 blockbuster team-up.

Yelena revealed to Natasha that after regaining full control of her mind back from the Red Room, that jacket became the first item of clothing she ever bought herself. After rekindling the relationship between the Russian spy family, Pugh's former assassin offered her sister her precious jacket as a parting gift.

Obviously, Marvel Studios President Kevin Feige probably didn't envision this origin story for a standard costume at the time, but he does often like to offer explanations to small details years down the line.

As with any film that utilizes it, the prequel setting causes some issues for Black Widow as it alleviates much of the tension when it comes to the central character. But, the decision to fill in the gap in Natasha's story between Captain America: Civil War and Avengers: Infinity War allows the studio to provide some answers.

Seeing the original Avenger choose to channel her sister's look after rekindling their previously distant relationship is certainly a heartwarming one. Family is a significant plot point within Black Widow — despite this not being a Fast and the Furious movie — and this visual choice only further emphasizes the effect that the prequel's events had on Natasha.

Black Widow is in theaters now and is available to stream on Disney+ via Premier Access.