WARNING: This article contains spoilers for the first two episodes of Hawkeye.

Hawkeye is finally here, rounding out the year on Disney+ for the MCU. The streaming series marks the first time Jeremy Renner's bow-wielding Avenger finds himself firmly in the spotlight and starring in his own solo project. Although is it truly as solo as one thought?

The first two episodes of the show are available now and early reviews indicate one of the standouts thus far has been Hailee Steinfeld's Kate Bishop. The young Hawkeye super-fan gets to join her hero in battle after she is seen on the streets of New York sporting the Ronin costume that Renner wore in Avengers: Endgame. The two make quite the pair and seem to be developing a relationship that will only get better as the show moves on.

While fans know that Renner's Clint Barton was not snapped away in The Snap at the tail end of Avengers: Infinity War, it remains unclear if the young Ms. Bishop also remained undusted. Well, it seems the MCU faithful may have their answer.

According to an interview with The Wrap, Hawkeye star Hailee Steinfeld believes that her MCU character Kate Bishop was not snapped away by Thanos.

Steinfeld told the website that she "believe[s] that we see her survive" The Snap:

“No, I believe that we see her survive and we see, you know, loss there as well... And that didn't happen to her.”

Time to Check the Math

If one looks at the math here, it all works out. Say Kate Bishop was 9 to 11 years old in 2012, and the events of Hawkeye take place sometime around 2025 (or two years after Endgame), that would make the hero right around 22. And 22 is the magic number here, as in the show's first two episodes Bishop tells Clint that she is that age.

Now, what could all this mean for Marvel's latest young Avenger to hit the screen? The show has already dipped its toes into the flashback waters with the opening of Episode 1, so who's to say they wouldn't do it again.

Perhaps down the line in the series, fans get a glance at what happened to Kate over the five years between Infinity War and Endgame, looking deeper into who she lost over that time. Fans know that she was not snapped away, but maybe her mother was, or a close friend. It's those feelings of loss that could serve as a cornerstone for the hero that she is about to come.

Steinfeld makes mention of that loss in her quote confirming her hero wasn't turned to dust like half the universe was, so obviously, this is something she and/or the writers of the streaming series have thought about.

Viewers will just have to wait to find out, but until then the first two episodes of Hawkeye can be seen now on Disney+. 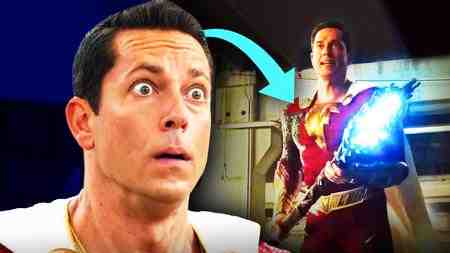 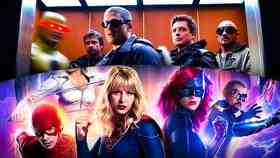