Is Agents of SHIELD Actually Part of the Marvel Cinematic Universe?

The journey of Agents of SHIELD has ended, officially capping off the era of Marvel Television. Back in 2013, the show was first established with the promise of heavy MCU tie-ins while focusing on regular agents going on extraordinary missions. Not only that, it also featured the return of fan-favorite Agent Coulson (Clark Gregg), with his surprise resurrection from his death in 2012's The Avengers being one of the main mysteries of the show. Despite being set within the confines of the MCU, the connections to the films that were established within the show's canon have diminished over the years.

The same has been true with other Marvel TV shows from Netflix, Hulu, and Freeform. Netflix's Defenders universe acknowledged the events from the films while shows like The Runaways and Cloak and Dagger merely referenced MCU objects and featured little-known MCU artifacts . ABC's Agent Carter also tried to connect with the MCU, establishing veteran players from the films with Peggy Carter, Howard Stark, and Edwin Jarvis (who made an appearance during 2019's Avengers: Endgame .) However, Agent Carter was ultimately canceled along with the other shows from the realm of Marvel Television.

All things considered, these shows tried to stay adjacent to the billion-dollar franchise, but they were ultimately left out. Among all the shows, Agents of SHIELD stood out when it came to incorporating the MCU in some form during its seven-season run. With that in mind, The Direct breaks down the MCU connections that Agents of SHIELD had established in its early seasons and how the ABC series slowly started to separate from the monumental franchise.

The Many MCU Connections In Early Seasons 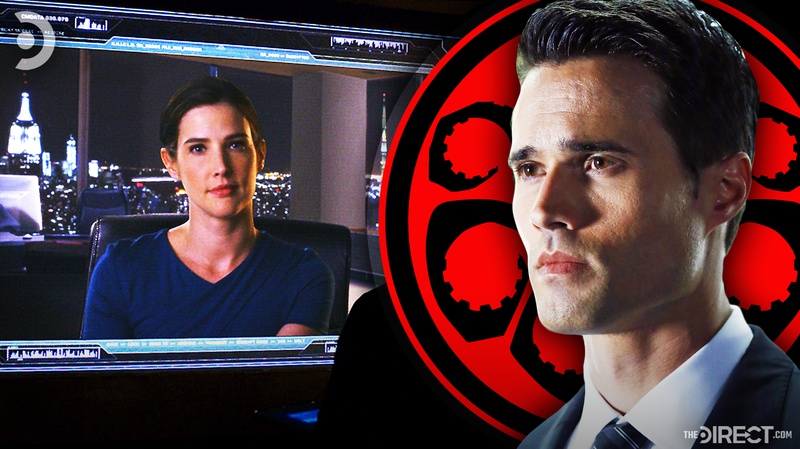 Agents of SHIELD started off as a series that heavily tied to the MCU films. The inaugural season tiptoed around its MCU references during the first few episodes before making a major turn during the 17th episode to tie in to the earth-shattering Hydra reveal of Captain America: The Winter Soldier . The huge reveal led to some of the show's best moments as it built on the premise of not knowing who to trust. Agents of SHIELD executive producer Jeffrey Bell reflected on keeping the massive twist not just from fans but also among the cast, with Bell sharing that cast members "weren't allowed to say the H word, and we had red pages, and everything was top secret." More so, Bell admitted that watching the reaction of the cast was amusing since they knew that such a twist would affect the whole entire dynamic of the show. Overall, many fans and critics agreed that the Hydra twist improved the show in more ways than one, but the MCU connections didn't stop there.

Another huge link to the MCU films was established during the show's sophomore run by setting up the opening scene of Avengers: Age of Ultron . Coulson's team of SHIELD agents were involved in a daring mission to find remaining Hydra bases while also searching for Loki's scepter, the weapon that killed him in the first place. Coulson provided the coordinates to Hydra's base in Sokovia while also throwing out a line which says, "time to bring in the Avengers." On top of that, an Age of Ultron minor character in the form of Doctor List (Henry Goodman) appeared during the show before eventually being taken out by Tony Stark during the film's opening sequence. Even though Age of Ultron didn't acknowledge this reference, these references and inclusions showed how the show did connect to the MCU.

Aside from the Hydra reveal and Age of Ultron connection, there are other lingering MCU tie-ins that emerged over the course of the first few seasons of Agents of SHIELD . Major MCU stars like Lady Sif (Jamie Alexander), Maria Hill (Cobie Smulders), Jasper Sitwell (Maximiliano Hernandez), Peggy Carter and Nick Fury (Samuel L. Jackson) made several guest appearances , with the latter even handing Coulson the title of SHIELD director. Not only that, the show referenced some of the major story arcs from the MCU like dealing with the Sokovia Accords from Captain America: Civil War and the aftermath of Thor's battle with Malekith in London during Thor: The Dark World .

Losing Its MCU Connection, Gaining Its Own Identity 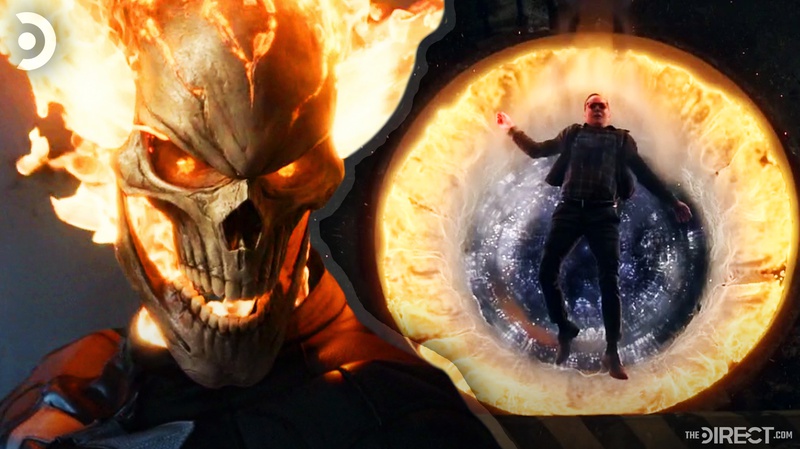 Although Agents of SHIELD has been operating within the same world of the MCU, this doesn't mean that their stories are largely tied to the movies. While MCU references continued to be made, the early seasons of the show began to create their own lore, and in the process, slowly started to disconnect from the billion-dollar franchise. The Inhumans were a large part of that lore, and it was the first time that the concept of Terrigenesis was done in live-action. In addition, the charismatic portrayal of Chloe Bennet's Daisy Johnson also left a mark in the eyes of many fans while the introduction of their own version of the Secret Warriors (an Inhuman-focused superteam) helped propel Bennet's character even more. That said, it's clear that Agents of SHIELD is trying to establish its own identity while also crafting interesting stories that hook fans.

The fourth season of Agents of SHIELD took it up a notch by introducing the Robbie Reyes version of Ghost Rider. The debut of the character successfully elevated the show to greater heights. It introduced an element that was new and refreshing, and it led to unexpected team-ups and adventures. The fun didn't stop there as the season introduced the concept of the Framework, a virtual reality full of What If? scenarios. With three seasons under their belt, the show was able to dive into different storylines for their core group of characters while also establishing the presence of Life Model Decoys (LMDs).

In many ways, these various elements established Agents of SHIELD as a separate entity from the MCU. If anything, the lack of MCU connection provided more creative freedom for the writers to take the story in their own direction, not the direction of the cinematic MCU.

A Major Infinity War Reference (But Nothing Else) 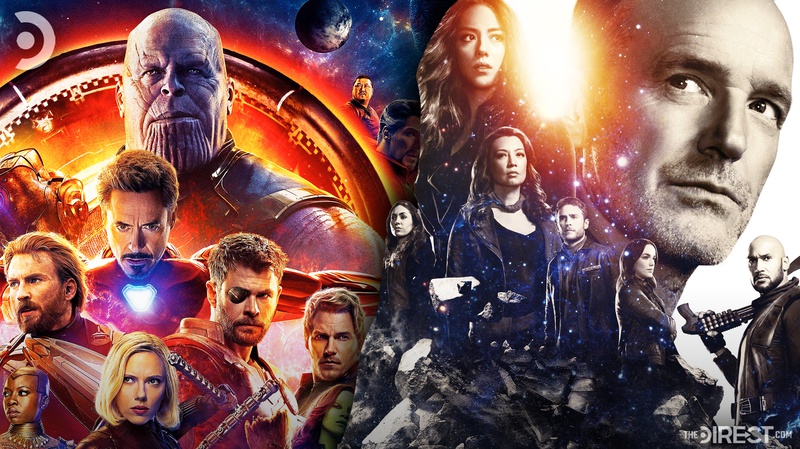 Agents of SHIELD was only supposed to last for five seasons, but it was surprisingly renewed by ABC for two more seasons (more on that, later). With that in mind, the show's fifth season was poised to end the story on a high note while also referencing the MCU in a major way. During the early half of the season, Agents of SHIELD completely moved on from the MCU timeline by incorporating a time paradox narrative where the agents were sent forward into the future when the Earth was completely obliterated.

The team's race to prevent a dystopian future where the Earth is no more was a compelling storyline, and it somewhat aligned with the release of Avengers: Infinity War . The Infinity War connection that was introduced was a major one, with the show incorporating the threat of Thanos into the narrative. In conjunction with that, the show also referenced all the "weird stuff happening in New York" which was clearly the battle between Tony Stark, Doctor Strange, and two members of Thanos' Black Order. Many fans thought that the show was finally leaning towards to return to MCU canon, but this wasn't the case.

In the end, the time-centered adventure of the beloved agents led to the new status quo of the show. For context, it was revealed that they were sent forward in time using a time monolith and the time-space shenanigans may very well be the reason why they ended up on a timeline where there is no snap. The show's supposed definitive ending during the fifth season could've opened up the possibility to properly tie-in to the larger MCU, but it's clear that the time-focused plot that the writers incorporated completely shut the door on that front.

Part of the MCU's Multiverse 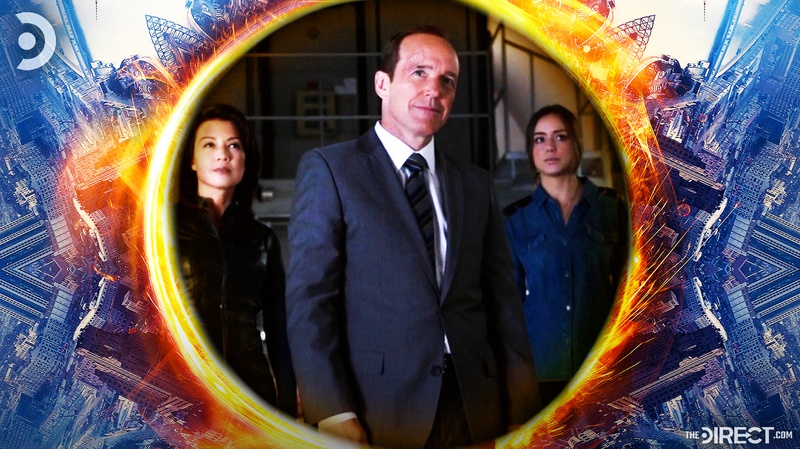 The show's renewal led to a complete turnaround in terms of MCU connections. This all started during the beginning of sixth season of the show that featured an unusual time jump. What makes it unusual is the fact that there is no remnant of the devastating snap of Thanos, leading to the confusion of many fans. The timeline of the show's sixth season also didn't help - it permiered right as Avengers: Endgame was being released in theaters.

Without the MCU narrative, Agents of SHIELD thrived once more, focusing on character-centered stories instead. Agents of SHIELD showrunner Jed Whedon helped explain the situation by sharing their decision to focus on "pre-snap, tell our story, and carry it forward:"

With the amount of characters and money and machine in place with Endgame, we had to dodge it completely. So, imagine if we had incorporated it, and then, at the last minute, the network was like, “You know what? We’d love to have this on in January.” And then, all of a sudden, we’d spoil something. So, we made the decision to just be pre-snap, tell our story, and carry it forward. Hopefully, it will be satisfying and, in no way, a thing that bothers you about the show.

In simplest terms, Agents of SHIELD completely ignored the events of Infinity War , and in this case, Endgame . While the showrunners and some cast members clarified the confusion , the in-universe storyline to fully explain the show's place in the MCU timeline hasn't yet come into fruition during the penultimate season of the show. It all became clear when the show dove into the concept of time-travel during the final season.

Throughout the team's final mission, the time-travel element was used to celebrate the greatest hits of the series while also bumping into some of the established lore of the MCU. The final season had no shortage of references to the MCU, which included name drops of Abraham Erskine, Bruce Banner, Peggy Carter, and even doing their own version of Project Insight. Meanwhile, the main storyline of the final season focused on the threat of the Chronicoms, with both the agents and the aliens involved in a time war to save humanity.

The use of time-travel is complicated, and Agents of SHIELD is no stranger to the complexity of the concept. Deke Shaw (Jeff Ward) explained during the first episode that the team should only make "ripples, not waves" to not disrupt the timeline. As it turns out, the running theory of Deke was wrong. During the two-hour finale, it was confirmed that the team created a branched timeline upon traveling into the past. Leo Fitz (Iain De Caestecker) and Jemma Simmons (Elizabeth Henstridge) were the two smartest characters in the show, and it was only fitting that they were the ones who cracked the rules of time-travel.

Once again, the time-travel element would've been a fitting explanation for the team to go back to the main MCU timeline, but it's clear that the show had gone in a different direction. Despite that, the show did still reference the MCU for the last time, and it was a surprising inclusion. The plan that was designed by Fitz and Simmons from the onset included the use of the Quantum Realm. Not only did the show's use of the Quantum Realm effectively explained the time-travel element of the show, but it helped established that the MCU's time-travel is anchored by the notable dimension. The presence of the Quantum Realm appeared to confirm that Agents of SHIELD fits into the larger multiverse of the MCU.

The MCU is taking their own deep dive into the multiverse through Doctor Strange in the Multiverse of Madness, and the lingering question remains if the movie decides to at least reference Agents of SHIELD in some way. Now that it's been confirmed that the show is part of the multiverse, the possibilities are endless.