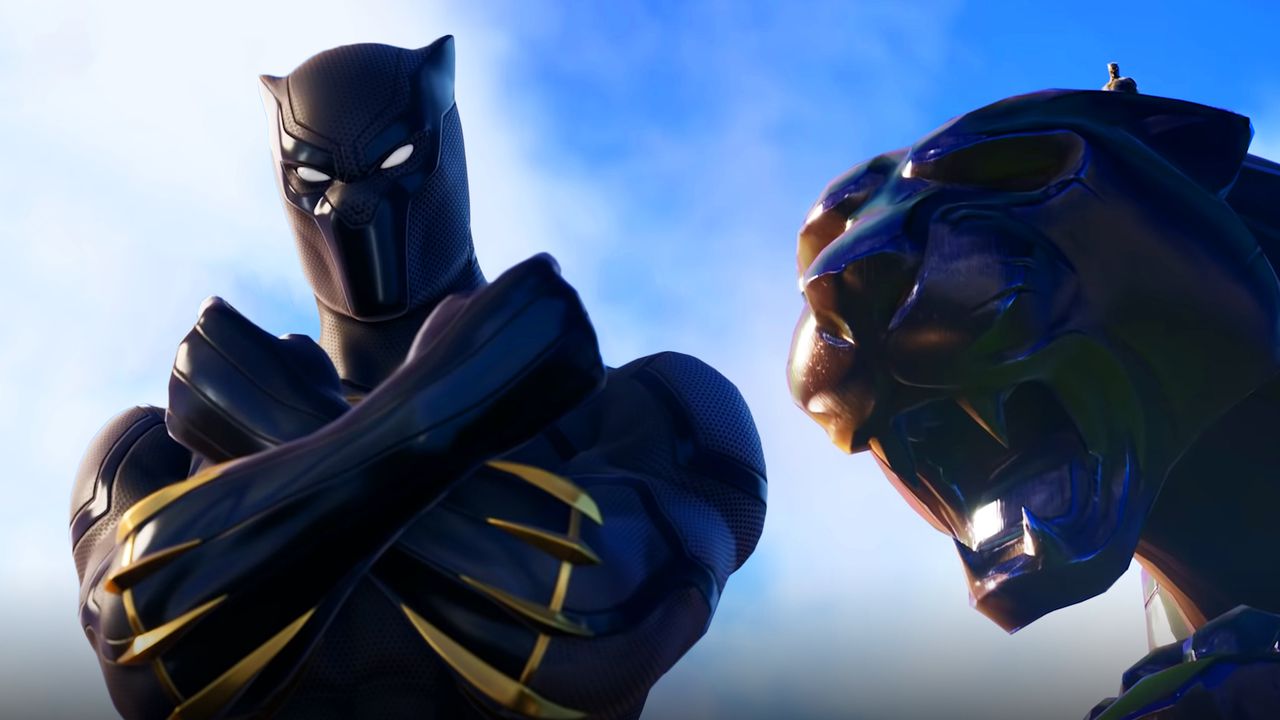 It has only been a couple of weeks since Fortnite Season 5 kicked off, and things are really heating up. Fans have continued to see heroes from all over pop culture come to Epic's mega-popular battle royale.

It has been an eventful start to the season for Fortnite Chapter 2 to say the least.  First it was Mando from The Mandalorian, then gamers got the chance to play as God of War's Kratos and Halo's Master Chief in their adventures on the Battle Bus.

Marvel's Black Panther, along with Captain Marvel and Taskmaster, have been revealed as playable heroes coming to Fortnite Season 5.

All three heroes are part of the “Marvel Royalty & Warriors Pack” and are available on all platforms now. The hero skins come along with some Black Panther themed challenges that include unlocks such as the “Wakandan Salute” emote.

The full reveal trailer can be seen below:

Epic has been knocking it out of the park with their brand crossovers in the past few seasons of Fortnite; however, for Season 5 they seem to have upped the game significantly. It has only been a matter of weeks since the Galactus battle event ended Season 4, triggering the current season and inducing hype into gamers with news coming out on an almost daily basis.

While Season 4 of Fortnite Chapter 2 was completely Marvel themed, it is exciting to be getting these Marvel icons now, especially Black Panther. Season 5 has been all about bringing together the universe's greatest heroes (including Kratos, Mando, and Master Chief), and Black Panther most definitely fits the crew.

Now, where Epic goes from here, who knows? They have already shown that they play by their own rules when it comes to crossing over with other brands, so really anything is on the table. One rumor since the launch of Season 5 has been Samus Aran from the Metroid series, and that would make a lot of sense. Both a PlayStation and an Xbox rep have made their way into the game, so why not Nintendo.

As for more Marvel heroes, Epic and Marvel for sure have to have more in the chamber. This partnership has already proven very fruitful between the two companies, so fans should not be surprised if another one of Earth's mightiest heroes makes the jump from the comic pages into Fortnite.