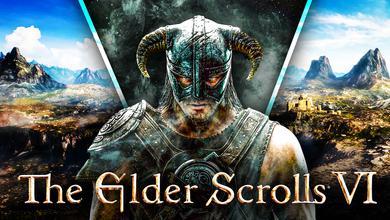 With titles in the works for multiple major franchises including Fallout, Indiana Jones, and The Elder Scrolls, Bethesda may be one of the most talked-about publishers in the gaming industry.

The legendary publisher was acquired by Microsoft, and gamers have begun to raise questions as to the company's future plans with potential delays to already announced titles and the risk of future releases being Xbox exclusives.

Ever since the award-winning The Elder Scrolls V: Skyrim was released in 2011, fans of the open-world title have been craving a sequel. While The Elder Scrolls Vl was finally confirmed with a brief cinematic teaser at E3 2018, little has been heard since and no release date has been set.

As Bethesda simultaneously develops Starfield and The Elder Scrolls Vl at the same time, many fans have expressed concerns that the long-awaited Skyrim sequel is being cast aside to focus on the new sci-fi IP.

However, Bethesda chief Todd Howard seems to have crushed these fears as he has recently confirmed that the two developments have been heavily interlinked.

During Microsoft's recent E3 2021 showcase, The Telegraph sat down with Bethesda Game Studio director Todd Howard to offer updates on the publisher's many upcoming projects, including The Elder Scrolls 6 and Starfield.

The studio director revealed to the U.K. news outlet that the development of the two titles has “kind of [intertwined]” as “everybody [at Bethesda] works on everything” and both utilize the new Creation Engine 2 which is “built for both” titles.

However, Howard did acknowledge that the “vast majority of [their] development work” is currently on Starfield as the new sci-fi title moves closer to its November 2022 release:

“The [new Starfield] technology, Creation Engine 2, is sort of built for both. It’s like a new tech base. The vast majority of our development work is on Starfield right now but everybody works on everything so the projects kind of intertwine.”

Additionally, Todd Howard went on to suggest The Elder Scrolls Vl may still be some time down the line as he confirms the title is still in the “design” stage.

Still, the studio is still “checking the tech” to ensure it can “handle the things [they] want to do,” confirming they will make “some additions on to Creation Engine 2" as required:

HOW FAR IS THE NEXT ELDER SCROLLS?

The Elder Scrolls Vl has been a key point of discussion within the gaming industry for almost ten years now. After a controversial MMO, a mobile title, and multiple re-releases of Skyrim, many fans are anxiously awaiting the next main title in The Elder Scrolls franchise.

Based on Todd Howard's comments, the studio is currently dedicated to finishing Starfield in time for its November 2022 release to avoid another disastrous release like Fallout 76. The suggestion that The Elder Scrolls Vl is still in the design stage indicates that things are still being planned out for the open-world release.

Development on the long-awaited sequel is likely to ramp up in a big way once Starfield is complete next year, but until then is expected to remain on the back burner at Bethesda with the focus being kept on nearer releases.

A large and immersive open-world title on the scale needed to match Skyrim will clearly take the studio some time to create. Industry insiders have previously suggested that The Elder Scrolls Vl is unlikely to arrive before 2026, and Howard's recent statements certainly line up with this being an accurate prediction.

While the fantasy sequel is still a good few years away, Starfield will release as an Xbox and PC exclusive title on November 11, 2022.