MCU Watch Order: How to Watch the Marvel Movies In 6 New Ways

The Marvel Cinematic Universe is a sprawling epic consisting of twenty-three films that continues to be one of the most ambitious experiments in the history of cinema. Any fan of the franchise could never forget the first time they experienced the Infinity Saga, and with most of the films being available for streaming, there's no better time to go back in for a rewatch. Having heard of the many different orders one could watch the Star Wars films, The Direct wanted to provide some new ways for fans to binge the MCU. With so many unique characters, worlds, and tones featured in the franchise, there is an infinite amount of possibilities when wanting to be creative with modifying a rewatch. So, in no particular order, here are six possible alternate cuts of the Marvel Cinematic Universe for your viewing pleasure. 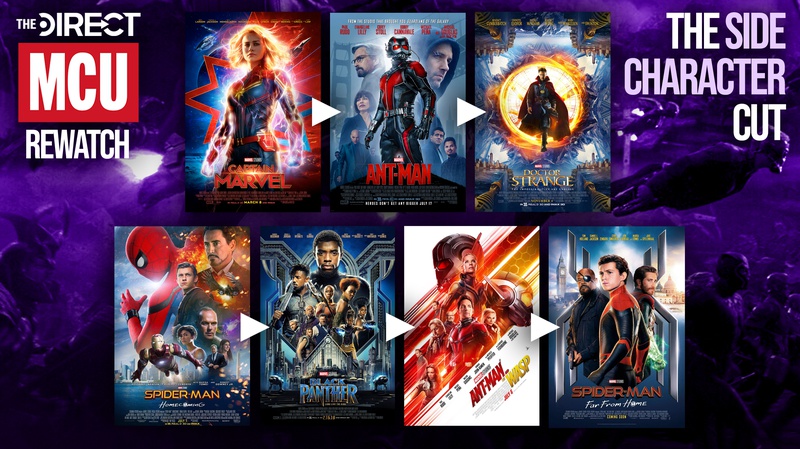 Iron Man. Captain America. Thor. Hulk. Black Widow. Hawkeye. The six original Avengers defined the Marvel Cinematic Universe. Through them, audiences have witnessed countless world-ending events, events that have forever changed the MCU. But with all the insight given as to how the Avengers operate, it can sometimes be hard to see Earth's Mightiest Heroes through an outsider's perspective. How would it feel to be a regular person living in that world? The Side-Character Cut attempts to answer just that.

Watching only the side-characters’ films allows you to fully immerse yourself as someone who lives in the MCU, experiencing Earth's major events as if they’re happening in the background to your day-to-day life. You hear about The Avengers in passing. The Battle of New York, Ultron dropping a city from the sky, and that one time the Avengers fought each other in an airport are only referenced, never fully seen. And when any of the main Avengers do show up in these films, it will be like meeting a celebrity as opposed to a character you know everything about. You are still watching movies featuring superheroes, but only the ones who have had adjacent adventures from the six who started it all. It’s a fun way to play with your perspective, seeing the MCU solely through the eyes of the "little" guys. 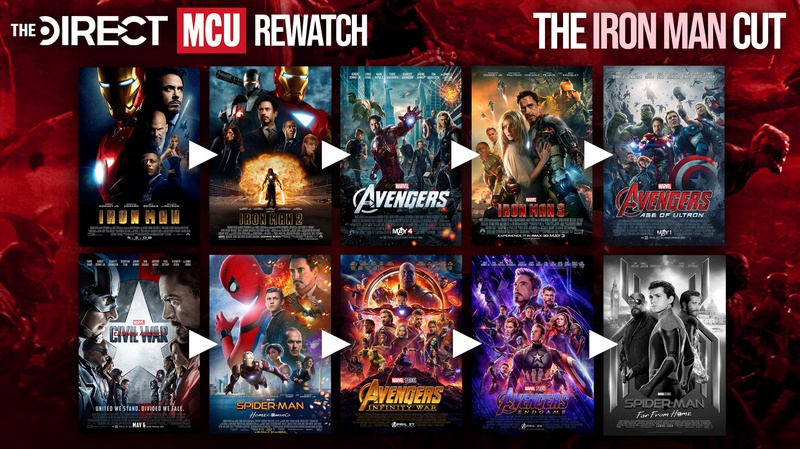 There is no better way to experience the MCU than through the hero who started it all. Beginning in a cave with a box of scraps, watch how Tony Stark becomes Iron Man, seemingly the center of the world before realizing that he's become part of a bigger universe. See just how much the events of The Avengers completely alter his character, carrying over the paranoid fears of an unprecedented threat into every decision he makes thereafter. Feel his mistakes and his deep yearning to do good, as his guilt and demons build, all masked by great quips, cool suits, and a charming façade.

Robert Downey Jr. is masterful as Tony Stark, creating a deeply complex character that is worthy of being the MCU's focal point. Stark's uniquely charismatic persona and universally relevant redemption story launched the hero's nine-film journey, a journey which became one of the most powerful character arcs in film history. The MCU's story is largely Tony Stark's story, and i f you’re a fan of this franchise, you owe it to yourself to watch the Iron Man Cut at least once. 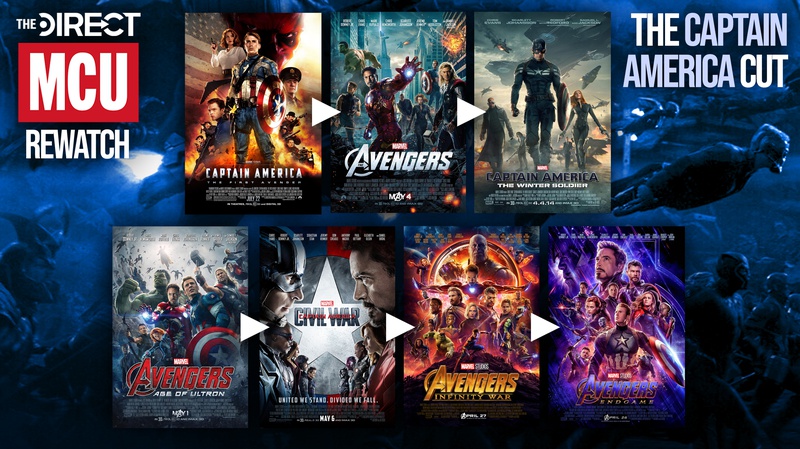 You could do this all day. Sharing many of the same reasons as the Iron Man Cut, the Captain America Cut is the best way to watch the journey of the world’s first superhero. Witness his humble beginnings as a Brooklyn kid who hates bullies, as he eventually becomes an iconic national symbol, a man out of time, and the unwavering leader of Earth’s Mightiest Heroes. The MCU masterfully does what any great adaptation should, taking the timeless character and updating his conflicts to fit our modern-day issues.

Cap’s story embodies a rapidly changing world and asks the question of whether or not values like hope, courage, and justice can survive in a society like ours. In a day and age where freedom can sometimes come second to security, a superhero who fights for the freedoms of others has never been more relevant. Time and time again, it’s Steve Rogers against the world. When you watch all of Captain America's films together, you will feel that struggle more than you ever have before. Full of twists, action, and good ol’ fashioned heroism, the Captain America Cut is the persevering tale of hope that we all need right now. 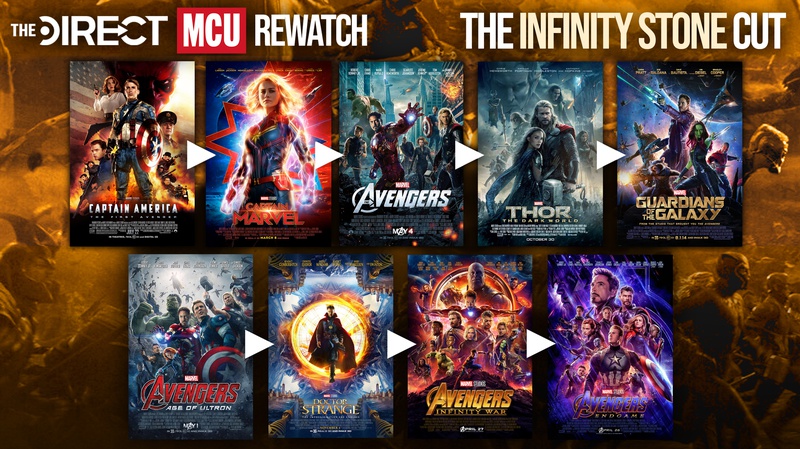 Experience the Infinity Saga by using the all-powerful Infinity Stones as your guide. Watch these mysterious ancient relics make appearances throughout the MCU’s timeline, as you learn about their origins, purpose, and abilities before witnessing them change that universe forever. You will visit vastly different corners of the Marvel Universe, from Earth’s historical events, to the far reaches of outer space, to hidden realms of the supernatural, slowly realizing that these worlds are all connected through a cosmic, inevitable fate. The stakes are raised with every film, Thanos looming just beyond the horizon as the Infinity Stones go from fun MacGuffins to the most important objects in the universe.

The Marvel Cinematic Universe has long been praised for pulling off the seemingly impossible, weaving together one overarching storyline through twenty-three different films. The Infinity Stone Cut streamlines that journey, featuring only the films that include the infamous gems. And if you needed another reason to watch, the Avengers themselves probably saw the Infinity Stone Cut before going on their time-heist. So be an Avenger. Watch the Infinity Stone Cut. 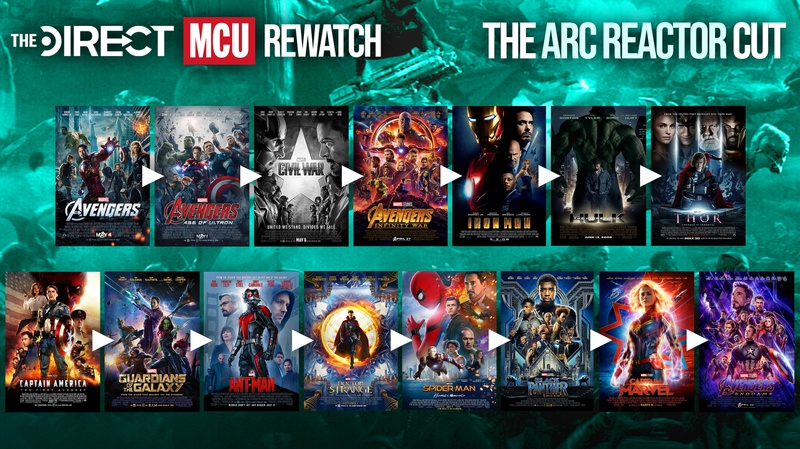 Taking inspiration from the Star Wars Machete Cut, The Arc Reactor Cut reorders the timeline in an attempt to give the MCU’s finale that much more of an emotional punch. It starts with the ensemble films. See Earth’s Mightiest Heroes come together, fight together, and eventually, lose together. Then go back to where it all began. Starting with Iron Man , you will revisit the origins of mostly every superhero the MCU has introduced. Remind yourself of where our heroes came from, the types of people they once were, the people they love, and the events and traumas that inspired them to fight for something bigger than themselves. With all that context freshly in mind, you will then go back to the characters at their lowest point, and see them struggle to become the heroes they once were before bringing hope back to the world.

This is definitely a pretty experimental cut, but there’s something about the thought of going from the final shot in Avengers: Infinity War to the opening guitar riff of Iron Man that sounds eerily exciting. With the regular release order, the characters' origins were sometimes so far away from the final crossover that it could be easy to forget what it felt like to see Iron Man fly for the first time, Captain America shift the tide of World War II, and Thor learn what it meant to be worthy. Tony Stark may not be one for nostalgia, but after the darkest moment in the history of the MCU, not all of us can just move on. Aptly titled because of its emphasis on our heroes’ hearts, The Arc Reactor cut appeals to the sentiment in us all. 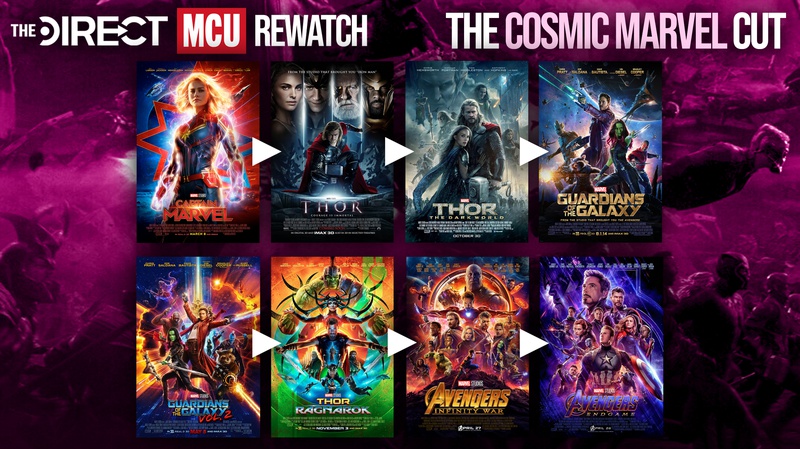 Watch the Cosmic Marvel Cut in order to treat the Marvel Cinematic Universe like a Star Wars space epic as you explore everything the wider universe has to offer, occasionally visiting that weird little planet called Earth (or Midgard, or Terra, or C-53). Witness epic spaceship battles with cybernetically engineered racoons and struggle to survive high-stakes intergalactic adventures alongside a lovable rock man. And even though space is ripe with absurditiy, you may be surprised as to how much you also learn about humanity along the way.

In Marvel Comics, the cosmic side of Marvel feels like a completely different universe, and the MCU is no different. Marvel Studios used the cosmos as an experimental ground for introducing unique filmmaking voices, wacky obscure characters, and bold reimaginings of existing superheroes. The Cosmic Marvel Cut contains some of the best films the MCU has to offer. They're fun, exciting, and visually interesting, with stories that take risks and characters that are unlike any we've seen before. The universe is much bigger than Earth, and sometimes you just need to escape everything down here and blast off into the stars.