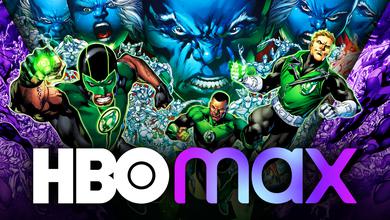 The upcoming HBO Max series, Green Lantern is currently being developed. While little is known about the forthcoming DC show, there are a few tidbits of information which have been revealed.

For starters, the show will center around Green Lantern Corps members such as Guy Gardner and Alan Scott as well as more recent additions to the pages of DC Comics like Simon Baz and Jessica Cruz. It has also been reported that Marc Guggenheim, a major architect of The CW's Arrowverse family of DC shows, will serve as producer on Green Lantern.

Via Comicbook.com, as part of the Storytelling Across Media conference, Marc Guggenheim detailed his approach to the production of Green Lantern:

"I happen to believe -- and this is not a universally-held opinion -- that you can't do a ten-hour show or an eight-episode show, like an 8-hour movie. I don't think that works. When I see it done, there's always some flabby episodes in the middle. I think you have to approach it like a TV series and approach each episode like its own entity. Even though it's streaming, even though hopefully people will binge it, you've got to make each episode a satisfying meal."

He further elaborated on this school of thought:

"You've got to look at it with a different tempo than you would have in a two-hour movie. That being said, certainly the show for HBO Max that we're all working on, we are approaching it with the production ambitions of a movie. So we're writing it like a TV show but we're hoping to produce it like a film."

If Guggenheim's words prove true, this is certainly an ambitious stance to be taking for this series. However, it seems as though HBO Max is willing to give this show the budget necessary for the amount of spectacle a show focusing on the Green Lantern Corps would need.

With deep space locations, wild-looking aliens and above all else, complicated power ring constructs, Green Lantern will no doubt be an extraordinarily special effects-heavy show. Characters like the hulking Kilowog will likely be brought to life entirely through digital effects.

But what's more is that, per Guggenheim's words, he intends to approach each episode of the series as though it were its "own entity". Is he implying that the series will be more episodic than serialized. This approach has certainly worked for Disney and Lucasfilm's smash hit The Mandalorian, which has many serialized elements but also treats each episode like its own thing.

HBO Max is obviously going to want a show that can compete with or outperform The Mandalorian, and Green Lantern could be the show to do just that.

Finally, it should come as no surprise that Guggenheim wishes to treat this show in the fashion he has described. After all, he had an 8-year stint working on shows like Arrow and DC's Legends of Tomorrow, many of which have had a definite tendency to treat each episode like their own entity.