In November 2019, the Walt Disney Corporation entered the streaming wars with Disney+, a streaming platform exclusive to media produced under the company banner. With more than 28 million subscribers as of February 2020 , the platform has proven to be a massive hit with consumers in the United States, Canada, and several other countries, no doubt bolstered by hits such as the Disney+ original series The Mandalorian , as well as the promise of access to many titles usually locked inside the Disney "vault".

As Disney+ expands, launching in several European countries — including Austria, Germany, Ireland, Italy, Spain, Switzerland, and the United Kingdom — this week, and with the global COVID-19 pandemic keeping many indoors under self-isolation, now is the perfect time to delve into the variety of content that this platform has to offer. While most of us may be tempted to enjoy rewatches of our old favorites, The Direct invites you to check out nine underrated MCU and Star Wars titles available for streaming. 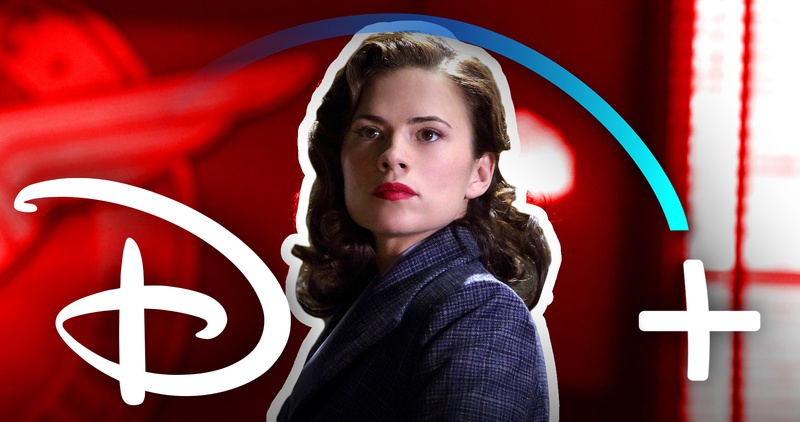 Beginning in 2015, Agent Carter , a series revolving around Captain America: The First Avenger standout Peggy Carter (played by Hayley Atwell), aired for two seasons on ABC. During its run, the series consistently struggled to find its footing in the ratings, and was eventually canceled prematurely — with a lingering cliffhanger for a Season 3 that never came to be.

With the series currently streaming on Disney+, now is your chance to dive in to a tale of post-World War II espionage hijinks — led by some buttkicking ladies, as well as delightful supporting turns by Dominic Cooper as Howard Stark and James D'Arcy as his loyal butler, Edwin Jarvis. MCU fans will find several Easter eggs scattered throughout, including a cameo appearance by HYDRA scientist Armin Zola, as well as allusions to the origin of the Black Widow program.

Ant-Man , starring Paul Rudd as Scott Lang (the man who takes on the mantle of the title superhero), was released in 2015 to a worldwide box office take of over $519 million — enough to greenlight the production of a sequel, Ant-Man and the Wasp (co-starring Evangeline Lilly as Hope Van Dyne/The Wasp), which was released in 2018. While both films have enjoyed modest critical and commercial success, they are often missing from many MCU fans' best-of lists. Some fans have admitted to skipping these films entirely.

Both films ended up playing a significant role in the MCU's wider storyline, with the Quantum Realm being the key to the success of Avengers: Endgame 's "time heist." But that's not the only reason to give them a watch; both hilarious and heartwarming, the Ant-Man films tell a touching story about family, as well as the legacy we build for future generations. In these uncertain times, these two movies might just hit the right notes.

Many MCU fans cite 2014's Captain America: The Winter Soldier as the film that convinced them that Captain America was "cool". And it's for good reason; the conspiracy thriller plot and grounded action sequences captured audiences the world over, and were unlike anything this franchise had seen before. In The Winter Soldier 's wake, though, it seems that the film that introduced Captain America to the MCU, 2011's The First Avenger , has largely been overlooked in recent years.

Before there was Captain America, there was Steve Rogers — "just a kid from Brooklyn" who refused to give up — and the heart and soul of the character come to life perfectly in his MCU origin. In his performance, Chris Evans shows exactly why he was chosen for the role, bringing just the right mix of earnestness and gusto to the big screen. The introduction of other fan favorites to the MCU, including Sebastian Stan's Bucky Barnes and Hayley Atwell's Peggy Carter, also make this film worth a revisit for MCU fans.

Premiering on streaming service Hulu in 2017, Runaways , based on the Marvel comic series originally created by writer Brian K. Vaughan, ran for three seasons until its run ended late in 2019. Runaways follows a group of six Los Angeles teenagers as they discover that their parents are secretly supervillains, belonging to a criminal organization known as the Pride.

While the series developed something of a cult following, it largely escaped the notice of mainstream MCU recognition; its inclusion on Disney+ thus presents the perfect opportunity to find out what it's all about. Runaways presents something unique to the universe of the MCU — not only in terms of setting (it is so far one of the few MCU properties to be set on the west coast of the United States), but also in terms of character diversity. The development of the relationship between Nico Minoru (Lyrica Okano) and Karolina Dean (Virginia Gardner), in particular, is one of the series's highlights. 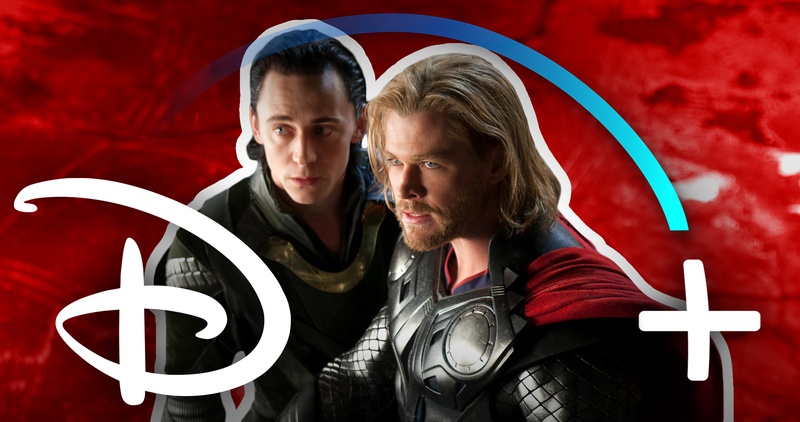 It is not an uncommon thought in many MCU fan circles that 2017's Thor: Ragnarok "saved" the Thor franchise. At best, the first two films in the franchise, 2011's Thor and 2013's Thor: The Dark World , are largely ignored, and at worst, they're actively ridiculed. However, with the majority of the MCU now available to stream on Disney+, it is an ideal time to revisit the first Thor film and have an opportunity to find that it is better than they remember.

Directed by Kenneth Branagh, Thor is a charming introduction to Chris Hemsworth's take on the eponymous character. Telling the story of a complicated relationship between siblings, supported by Tom Hiddleston's original standout turn as Loki, the film takes viewers on a Shakespearean-esque journey, one that spans from the mythical realm of Asgard to a small town in New Mexico, and grapples with the answer to one important question: What does it mean to be worthy? While the character would eventually achieve meteoric heights of popularity with subsequent MCU appearances, his path there would have been far more difficult without such a solid foundation.

First included on the 2004 DVD box set of the original Star Wars trilogy, Empire of Dreams may seem like your standard "making-of" documentary. In a sense, it is; it covers the development of the first three Star Wars movies — A New Hope (1977), The Empire Strikes Back (1980), and Return of the Jedi (1983) —in a complete manner, beginning with George Lucas's earliest concepts and spanning toward the films' legacy.

For any fan of Star Wars, though, it's a treat to watch. The documentary gives a glimpse into Lucas's mind, and shows how the story of Star Wars evolved over time. It's interesting to see which story concepts remained from early development, and which changed into the saga we know and love. Furthermore, for those interested in storytelling and filmmaking, it provides insight into the craft.

We can actually feel the groans from here. "Are you kidding me?" some Star Wars fans might say. "Don't you remember midichlorians? The awkward, wooden dialogue in Attack of the Clones ? Jar Jar Binks ?" Yes,we remember all of these things, and we're not here to argue that the Star Wars prequel trilogy is some kind of secret flawless masterpiece. But we're here to argue something else: the three movies of the prequel trilogy, as a whole, are much more enjoyable than what the fan community over the past fifteen years or so have come to believe them to be.

When viewed from a fresh perspective, one is able to see that each of these films - The Phantom Menace , Attack of the Clones , and Revenge of the Sith - have a unique vision, each telling a powerful story about corruption, politics, and the people who, inadvertently, become caught in the crossfire. These themes give us a great deal to think about, arguably now more than ever. And so — if it's been more than ten years since you've thought about these movies in any context other than "Wow, Jar Jar was terrible?", you might find something new on this go-round. 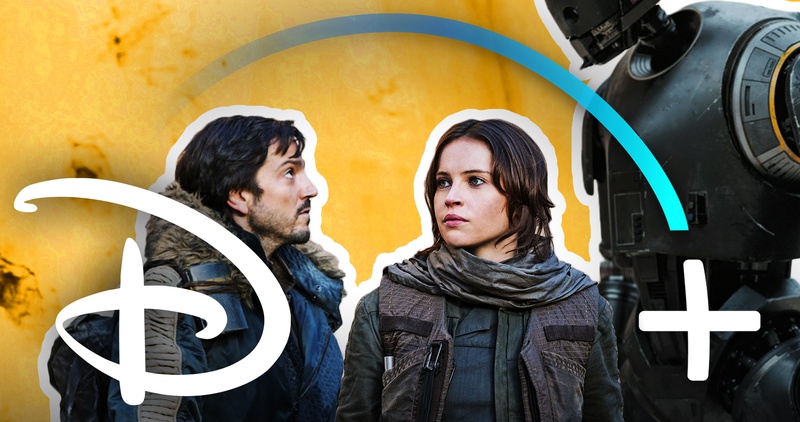 It may seem strange to include a film that received a score of 84% on Rotten Tomatoes and made over $1 billion at the worldwide box office during its theatrical run on a list of underrated titles. But since its release in 2016, Rogue One: A Star Wars Story rarely gets brought up among Star Wars fans, with the possible exception of the Darth Vader scene toward the end.

Rogue One , though, has much to offer the Star Wars universe as a whole. While it does not feature Jedi or many other elements that moviegoers typically associate with a Star Wars film, Rogue One , nevertheless, is definitively Star Wars. Themes of sacrifice and hope make up much of the DNA of the film, and the movie's inclusion of a minor detail (and seeming plot hole) from A New Hope suddenly means so much more to the universe as a whole. The story of Rogue One retroactively adds even more depth to A New Hope , creating a richer history of the Galaxy Far, Far Away. Its inclusion on Disney+ provides ample opportunity to (re)discover the joys and merits of the franchise's first spinoff film. 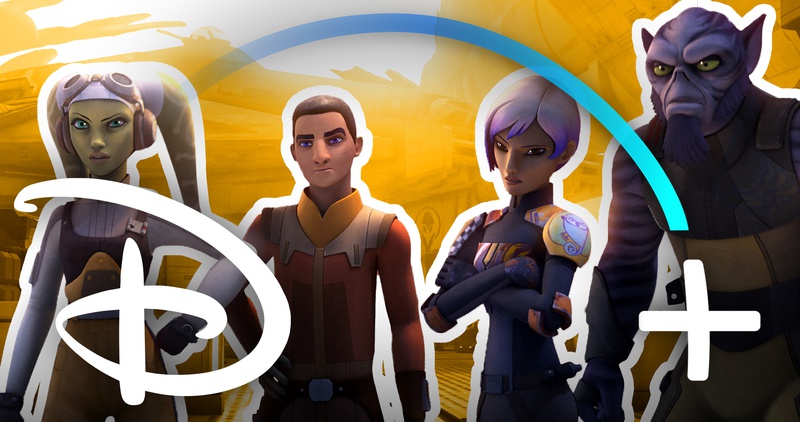 While arguably less popular in many fan circles than its animated predecessor, The Clone Wars , Star Wars Rebels has a lot to offer, and is absolutely worth an investment of time on your Disney+ subscription. Premiering in 2014 on the Disney Channel and Disney XD, Star Wars Rebels ran for four seasons before ending its run in 2017. Set five years before A New Hope , Rebels serves to further flesh out the age of the Empire and features a cast of loveable characters, including Hera Syndulla, Kanan Jarrus, Ezra Bridger, and Sabine Wren.

Additionally, Rebels has ties to the larger Star Wars universe and is a must-see for those wanting to dive deeper into the lore of the Galaxy Far, Far Away. In particular, a twist from the first season finale of The Mandalorian has a callback to a plot brought up in Rebels . So if the premise alone isn't enough to intrigue Star Wars fans, this connection is sure to give fans the extra push to visit (or revisit) this show.

She-Hulk Actress Speaks Out on Criticism About Her Hero's Muscles