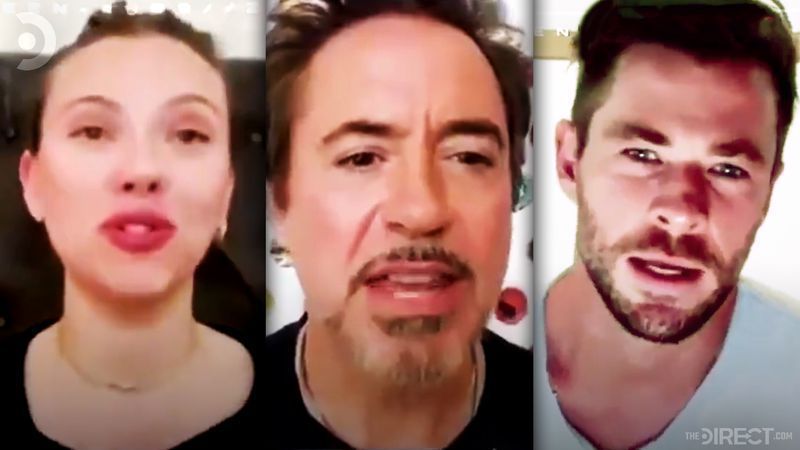 Due to the coronavirus pandemic, newly-produced content has been scarce due to the industry-wide production shutdowns. This has also affected various upcoming events and award ceremonies from going ahead, such as this year's San Diego Comic-Con. Some events, however, have been able to take place virtually, like the Kid's Choice Awards 2020. Whilst the ceremony was originally intended to air in March, the show instead aired last night and brought together virtual guests as a substitute for the in-person event. The iconic green slime even managed to make an appearance. While Tom Holland took home the award for Favorite Superhero, Avengers: Endgame may have received the biggest movie-related award of the night...

The virtual message, posted by Twitter user @bestofcevans, can be viewed below:

In the video itself, each Avenger provided reassuring well wishes to child audiences around the world, as well as throwing in a few rounds of banter that prove why the cast won the award in the first place. The cast then sent the video off with a resounding "Love You 3000".

Judging from the decision for Nickelodeon to go in this direction for the Kid's Choice Awards, it's very possible that we can expect more events to go the virtual route to counteract postponing. We have already seen this from Star Wars Celebration organisers ReedPop, who recently announced that a virtual event would be held to celebrate May the 4th and Revenge of the 5th. While it isn't the same as attending a live show, hopefully further virtual events and ceremonies will be able to provide some levity amid cancellation and postponed events.

Tom Drew - I'm just curious why Jeremy is waving those cut-outs of Evans and Hemsworth around! It'll also be interesting to see whether this sets the trend for events to go online rather than postponing them indefinitely.