There has been no better time to be a Star Wars fan. With a stellar lineup of streaming series, more theatrical adventures on the horizon, and the opening up of a new era of the Lucasian canon, the future is looking bright for the Star Wars faithful.

One wing of the mega-popular sci-fi franchise that is also in a state of change is in the digital sphere. Earlier this year it was announced that after eight years of EA's monopoly on the Star Wars license, other developers and publishers would get to dip their toes into the canon.

Shortly after the EA deal dissolved, Ubisoft announced the Division team would be working on an open-world Star Wars adventure; around the same time, rumors of a Knights of the Old Republic remake started to swirls as well.

Well, after years of waiting, the KOTOR faithful finally have something to get excited about.

A Knights of the Old Republic remake has been announced as a part of Sony's Fall 2021 PlayStation Showcase.

Not much was shown, although a teaser was released during the announcement. The title is being developed by Aspyr and, as confirmed by IGN, will be a PlayStation 5 console launch exclusive. 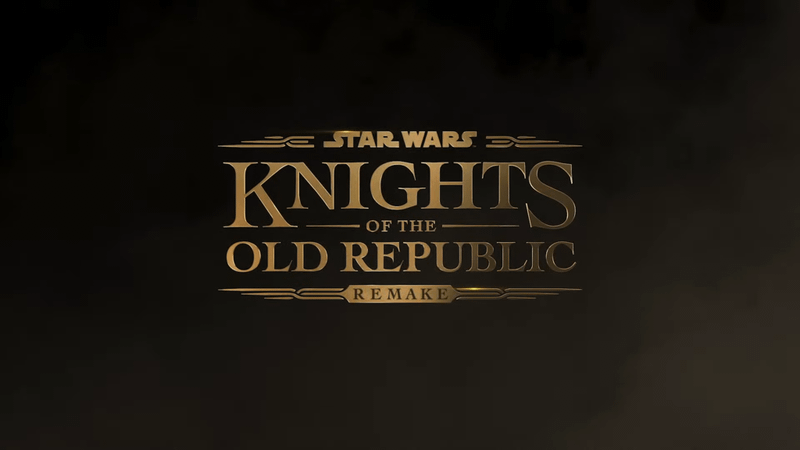 The brief trailer featured the classic "Binary Sunset (Force Theme)" from the Star Wars movies, with the camera panning up to show the hooded villain from the original game Darth Revan. 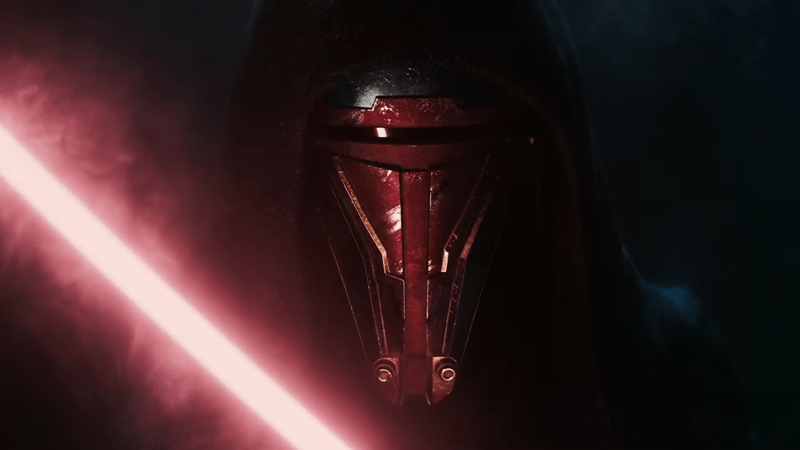 There isn't much to see from such a brief tease except to expel a resounding "YES!" A remake of Knights of the Old Republic remake has been something for which fans have been clamoring for years. And well it is finally happening.

What will be interesting to see is just how different this remake is from the original game.

In a time of Final Fantasy VII Remake remaking a game could mean simply updating the graphics and a few quality of life things, or it could mean a completely new experience riffing on the original.

One thing that the team at Aspyr could do to completely change the experience is change up the combat experience. KOTOR was originally turn-based, so this remake does have the potential to change that.

Another note that may pique fans' interest is the fact that this is a PlayStation console launch exclusive. Though not a complete exclusive (worry not Xbox gamers), it does mean that PS5 owners will get the first chance to experience this remake.

Something that is shocking about this development is that one might remember that the original KOTOR was an Xbox exclusive; however, many years have passed since then.