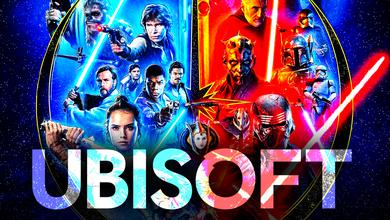 This past weekend, the well-known gaming event E3 took place. One of the biggest announcements that came out of it was from Ubisoft's showcase, where they officially unveiled to the world their brand new first-person open-world Avatar game, titled Avatar: Frontiers of Pandora.

While the game certainly looked impressive, many fans were disappointed to not hear anything about Ubisoft's upcoming open-world Star Wars project. As of late, that Star Wars franchise has been in a rough spot, having only had a few notable titles released during the exclusivity agreement with EA Games.

Now with that exclusivity ended, other studios have regained the ability to create games in that universe, and Ubisoft's project was among the first that came to light. So why wasn't it shown, or even mentioned, at E3?

A STAR WARS GAME WORTH WAITING FOR

In an interview with IGN, SVP of Disney Games Sean Shoptaw touched on Avatar: Frontiers of Pandora, and their relationship with Massive Entertainment, the developer behind the game.

When it came to the first meeting between the two giants, while Avatar was the key reason behind the conversation, Star Wars became a product of their first conversation. According to Shoptaw, "there was such alignment and such creative passion."

"That first meeting we had with Massive around the Avatar game after we acquired Fox was really the jumping off point for the Star Wars game. There was such alignment and such creative passion around the Star Wars IP from that team that it just was a natural evolution to the relationship, and really led to the Star Wars game we announced not too long ago."

Shoptaw continues to say that they "certainly had aspirations about an open-world Star Wars game," noting it didn't exclusively come from Massive. Both were aware of the desires of the fans that the two wished to satisfy.

"We certainly had aspirations about an open-world Star Wars game. It didn't come exclusively from Massive. They certainly had a passion for it too, to the point that made it a lot easier for those conversations to advance. But we're aware of the things you outlined, right? We're aware of what fans have asked for and have wanted for long periods of time."

But why has it taken so long for Disney to push for this open-world Star Wars game that they had the passion to make? According to Shoptaw, they needed "to be disciplined as well on when we do these things and who we do them with."

"We've wanted to do it with the right partner at the right time...I think it's easy for us to want to jump quickly, especially when we know there's demand, but we need to be disciplined as well on when we do these things and who we do them with."

Shoptaw went on to elaborate on how they "really wanted it to come at the right time with the right partner," and that they "certainly feel like the wait will be worth it."

"So as much as there's been an ambition internally as much as externally to have an experience like this made, we really wanted it to come at the right time with the right partner. The worst thing we could do is do it wrong, and do it our way that doesn't resonate with fans or doesn't meet that bar. And so we certainly feel like the wait will be worth it.

Clearly, Shoptaw, and everyone at Disney, have found the partner that they were waiting for. On a finishing note, Shoptaw noted that they "could not be more excited about where they're taking this game."

It's funny how, in this interview, Shoptaw basically admits that EA Games was not the right partner for an open-world Star Wars game. In fact, his quotes could also apply to the many Star Wars games that are now in active development thanks to the break in exclusivity with EA Games.

It's great that the folks over at Disney feel like this, as nearly all fans felt that EA Games was severely squandering the massive amounts of potential that they had. The biggest games of note that they released were Star Wars: Battlefront 2 and Star Wars Jedi: Fallen Order. While those were received well (microtransaction issues aside), that doesn't take into account the many games that were reportedly canceled within that same time.

Nonetheless, that nightmare is over. Hopefully, fans are entering a golden age for Star Wars video games. Because, man, they deserve it. Now Disney just needs to get on making Republic Commando 2, ASAP.