The Last of Us Part 2: New Trailer Packs Emotion With Focus on Abby

Six months after release, The Last of Us Part II is still a title fresh on many gamers' minds. The PlayStation exclusive follow-up to 2013 hit The Last of Us released to great controversy earlier in the year regarding some key story decisions made by developer Naughty Dog. Despite fan backlash, however, critics largely praised the game.

The launch of The Last of Us Part II was a rocky one with major leaks weeks before launch, revealing crucial story spoilers through leaked images and full cinematic cutscenes.

Months later, award season has rolled around with voting currently underway for the Geoff Keighley hosted Game Awards, set to take place December 10 in an online-only format due to the ongoing global COVID-19 pandemic. The Last of Us Part II holds the most nominations at the event with awards in ten different major categories including Game of the Year, Best Narrative, Best Game Direction, and many others.

Now, it looks as though Naughty Dog and PlayStation are rolling out some new stops to ensure that all of those nominations follow through when the time comes for the awards show to stream...

A new trailer has been released by PlayStation and Naughty Dog for Game of the Year contender The Last of Us Part II , which highlights the story of one of the title's three key protagonists, Abby.

With The Game Awards coming up in just over a week's time on December 10, it's clear this trailer has been released to bring the controversial title back into players' minds when it comes to voting for their favorites. The other titles nominated for the main Game of the Year award include Doom Eternal, Final Fantasy VII Remake, Ghost of Tsushima, Hades, and Animal Crossing: New Horizons .

The previous entry in The Last of Us franchise saw great awards success back in 2013, and the sequel is expected to match that with ten nominations — the most out of any title at the event.

The previous title in the franchise released towards the end of the PS3 life cycle. However, it quickly saw a remastered edition with upgraded graphics and frame rate upon the release of that console. It remains a distinct possibility that Naughty Dog will replicate this with a graphically upgraded version of The Last of Us Part ll on PS5 consoles, something which could be revealed at The Game Awards which is known for making grand surprise announcements.

The Last of Us Part II / PlayStation / 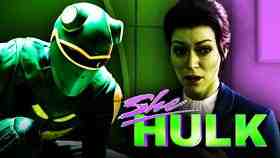