Well it has happened! The Star Wars gaming exclusivity deal with EA is no more (or at least kind of) . News dropped this week that while Disney will continue working with EA on some titles, they are also opening the door a bit.

The newly announced Lucasfilm Games will look to talented developers from all over the industry to take on their IP, similar to what Marvel Games has been doing for the past few years. Already confirmed out of this is a Star Wars game from The Division studio at Ubisoft and an Indiana Jones project from Wolfenstein developers Machine Games and Bethesda .

EA has not exactly lit the world on fire with their Star Wars output since their exclusivity deal was put into place back in 2013, and Disney has taken notice. Now with these changes, anything is possible.

The Star Wars universe is rife with potential when it comes to games, so I have put together a little list of studios that should get a shot at the galaxy far, away. Here goes nothing!

Let’s start off this list with a no-brainer, a Naughty Dog Star Wars game, more specifically a Star Wars 1313 revival. Now if you don’t remember, Star Wars 1313 was a third-person action-adventure game, supposedly centered around Boba Fett, and was one of the biggest known casualties of the Disney acquisition of Lucasfilm and the shuttering of LucasArts.

1313 came with one of the coolest reveal trailers ever, and took place on the 1313th floor of Coruscant, some time between Revenge of the Sith and A New Hope . The game seemed to be taking serious notes from Naughty Dog’s Uncharted series with intense action combining with thrilling environmental platforming. So who better to make Star Wars Uncharted than the masters of Uncharted themselves?

What gets me even more excited for a project like this is the evolution we have seen from Naughty Dog over the past five or so years. While I would have pitched this idea to Disney back in 2012, I think it makes even more sense in 2021.

Other than the typical third-person shooting, platforming, and fantastic story, a current era Naughty Dog game (think Uncharted 4 and The Last of Us Part 2 ) could include incredible stealth sections, reactive and intelligent AI, and deep crafting/upgrade systems. All things that would work wonderfully in a PlayStation exclusive bounty hunting adventure.

Now I am sorry, but KOTR3 is probably not going to happen, and I don’t think it really needs to happen. Bioware - the developer of the original game - is a different studio than it was back in 2003, and EA has a stranglehold on the Old Republic IP. So I am pitching an Obsidian developed open world Star Wars RPG.

Obsidian have proven that they are some of the best in the RPG space. The Irvine, California based developer has pumped out hits like Fallout: New Vegas , The Outer Worlds , and of course Knights of the Old Republic 2 .

The journey of creating your own Jedi, leveling up your force powers, and exploring the Star Wars universe works perfectly as a game (we have seen it work with Jedi: Fallen Order ). But I want a deep RPG experience with branching conversation choices, countless side quests, and the opportunity to build/wield my own lightsaber, is that too much to ask? 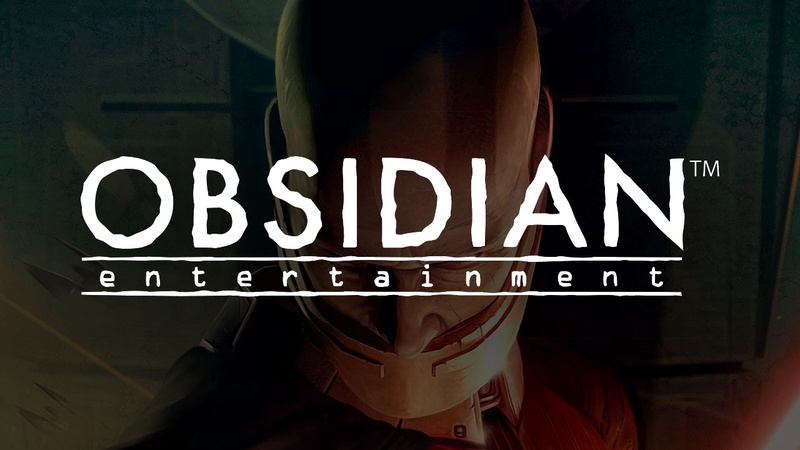 Okay stick with me, hear me out and I think you are going to like this. I want a Clone Wars era XCOM game. Firaxis games are geniuses when it comes to tactical strategy games, and I think that they could craft something truly special in the Star Wars universe.

I can just picture recruiting my division of Clones, upgrading everyone back at our Forward Operating Base, and then taking that team out into the intergalactic battle field to take on the droid army. This could be XCOM on a scale we have never seen before.

The thing I have always loved about strategy games like XCOM or Fire Emblem is the stress of perma-death you feel in every battle. In this game you could spend hours upgrading and getting to know a group of Clones, only to have one take a blaster bolt or Grievous saber and be gone forever. The stakes are high, so don’t mess up.

Star Wars is no stranger to the strategy genre, but it’s been a long time since games have gotten something amazing. Firaxis could tell a really compelling story in this space, all while offering the deep and satisfying game play they are known for. Star Wars XCOM , let’s make it happen. 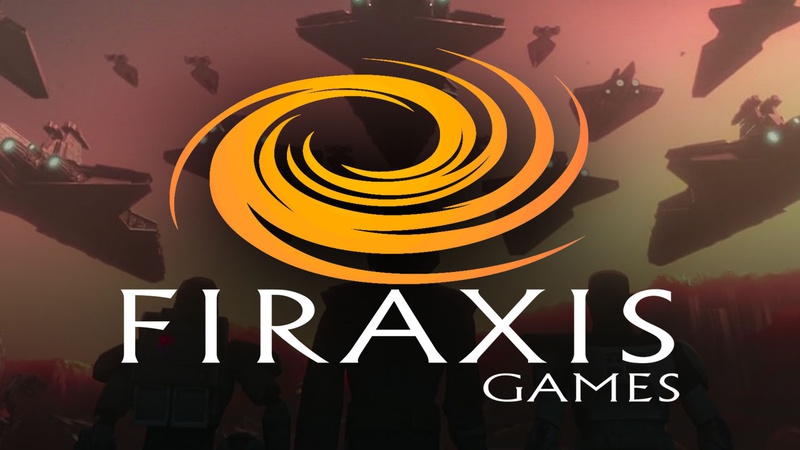 In case you didn't know, years ago a Battlefront 3 was in development at LucasArts. The developers of the original Battlefront games had planned their biggest game yet. Battlefront 3 was set to feature land to space battles for the first time. You could start as one of hundreds of ground troops, hop in an X-Wing, fly straight up and continue the fight in orbit, hopping out to take on enemy forces on a Star Destroyer and everything.

Battlefront 3 proved to be too ambitious and was abandoned before even being officially announced by LucasArts. So let’s bring it back with Bungie at the helm.

In my opinion, Bungie makes the act of shooting in a game feel better than just about anyone doing it right now. You combine that with their experience with vehicle combat in the Halo series, and you have a winning recipe.

If anyone were to potentially realize that original vision of Battlefront 3, I think Bungie could do it!

To quote little Ani from Tatooine, “Now this is Pod Racing!” Yes, for this next game, I want a Pod Racer from Forza Motorsports developer Turn 10 Studios.

In my opinion, Pod Racing is and will continue to be the most video game ready element of the Star Wars universe. With a project like this, Turn 10 could take the tender love and care they take into crafting the realistic, detailed vehicles and tracks in Forza , and put that into the Star War universe.

Now I do believe they would have to tone down the simulation aspect when it comes to the actual act of racing, but I am giving them permission to go all out with the various Pods and tracks. We know that Tatooine is only one of the places that Pod Racing occurs, so give us circuits all over the Star Wars universe.

And when it comes to the Pods, let us race in the iconic designs from Episode I , but also let me customize my own, adding parts as I see fit, giving it a unique engine sound, and wrapping it in the coolest paint job in the galaxy.

This would be so much fun! 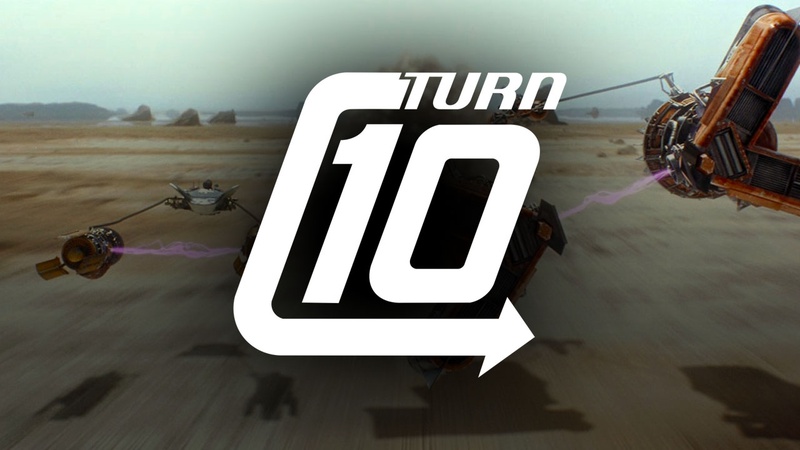 Okay, now I'm just having fun. All the other games on this list I can realistically see happening, maybe not with the studios mentioned, but the games themselves would not surprise me. This one is just for me.

I want a NeatherRealm Studios developed Star Wars fighter. Now, NetherRealm is owned by Warner Bros. so this would never happen, but it would be so cool if it did.

The Mortal Kombat team has proven that they can make immaculate 1V1 fighters that ooze with style. And with the Injustice series they have shown the world just how to tell a compelling licensed story in the framework of a fighting game.

Then you add in the Star Wars aspect of it all and this game could be incredible. Think Soulcalibur with force powers. YES PLEASE! 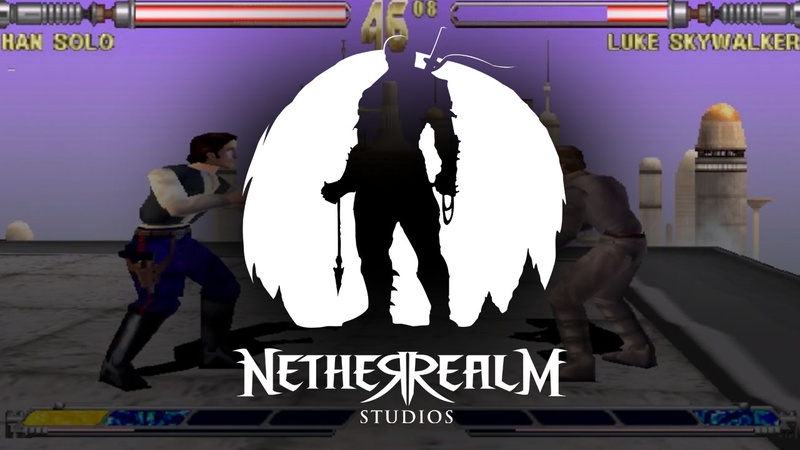 And last but not least, here is a shot in the dark; albeit one that could prove to be amazing. Let’s see what Platinum Games could do with the Star Wars universe. Platinum Games does one thing really well, fast-paced over the top action.

What I am pitching here is basically Star Wars Devil May Cry . You play as a Jedi, wielding a lightsaber, racking up combos against anyone daring enough to face you. Sounds fun, right?

This would be the Jedi power trip/fever dream I think we all have had at least once, and it would be incredible. 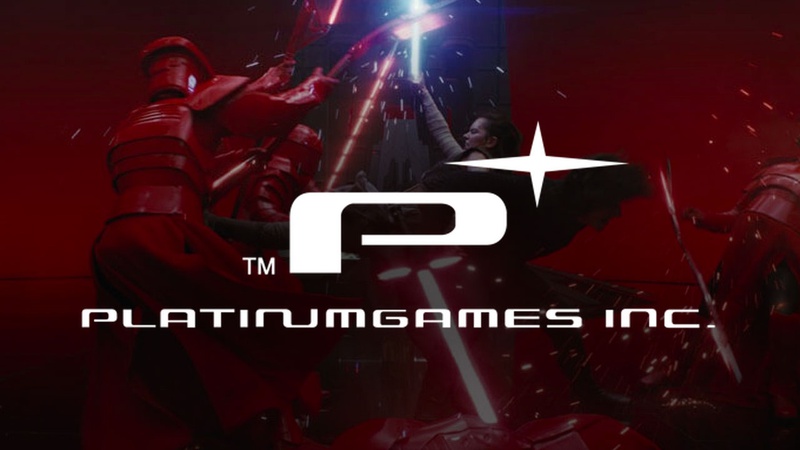