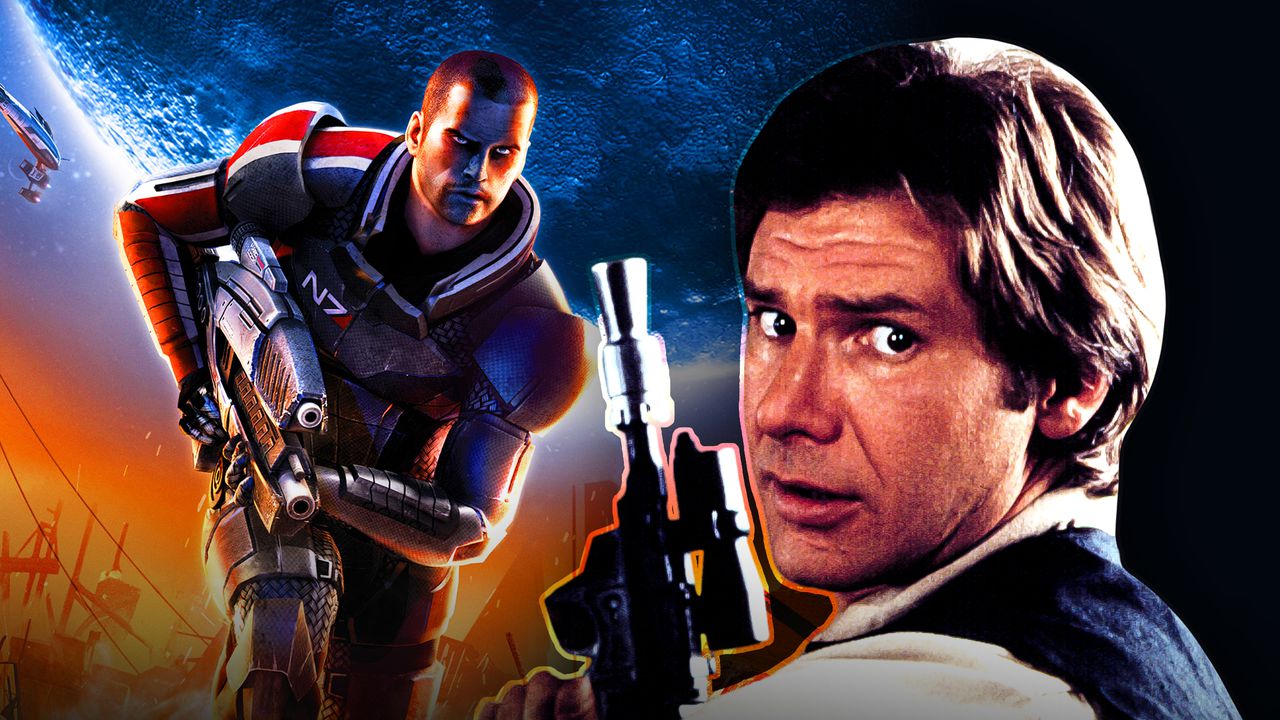 BioWare's Mass Effect universe is arguably one of the most expansive sci-fi universes in the history of gaming. Throughout the four games released so far — with a fifth confirmed to be on the way — players have taken up the role of super-soldier and Command Shephard as they explore and save the galaxy from evil.

For a long time, players have been keen to further explore this universe, much like the world of Star Wars has begun to do in recent years, and see life from a different perspective. It seems as if the team at BioWare agrees, or, at least, agreed, with this, as recent comments from a former developer have revealed scrapped plans for a spin-off title.

Kieken detailed that the spin-off title would've originally been released after the first Mass Effect title shipped in 2007, putting players in the hands of a “Han Solo type of character.” Kieken seemed to imply the intention was to release further sequels to this spin-off title alongside the original Mass Effect trilogy which ran until 2012:

The primary intention of the title was to take players away from the standard super-soldier action that Command Shephard would go on to provide, and instead focus on more morally ambiguous characters:

However, naturally, the team's commitment to following up on a popular first title led to BioWare's focus remaining on Mass Effect 2 and the Han Solo-Star Control title being left behind. Despite Kieken's departure from the team, he did reaffirm his interest in seeing the concept revisited down the line:

“We all needed to focus on Mass Effect 2, which was the right call at the time. I think the concept was really strong, though, and I would definitely like to see a game like that one day.”

COULD HAN FLY AGAIN ONE DAY?

The concept of this spin-off title is certainly an intriguing one. Taking inspiration from Star Wars rogue smuggler Han Solo seems like a perfect fit for an expansion into the criminal depths of the Mass Effect universe. However, it doesn't sound like the title wasn't intended to be exactly the kind of game players would expect from a character like Han.

Naturally, the character seems perfectly fitted for the classic Mass Effect third-person RPG shooter style. Those familiar with Star Control will be aware that is far from what the series is, as it largely focused on cartoonish ship combat.

This style would prove an odd fit for the Mass Effect universe, however, it could've provided something unique to the gaming landscape and the world of Mass Effect. The potential always remains for EA and BioWare to resurrect the title one day down the line, especially as they look towards reviving the universe after the failure of the latest installment.

One thing is for sure: the future of Mass Effect is bright. With more sequels on the way and a remastered collection set to arrive in the coming months, who knows exactly where BioWare will take the world next.