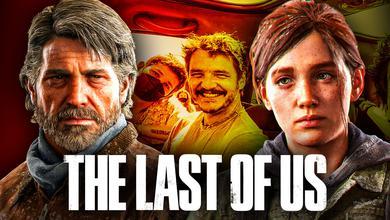 The PlayStation brand is known for many things. Some of its biggest franchises include the likes of Crash Bandicoot, Ratchet & Clank, God of War, Uncharted, and many more. One of its biggest, however, is The Last of Us.

The original game came out in 2013 and was met with critical and fan reception that was out of this world. It was an instant hit—and a classic. The characters, world, and story that the game presented were astounding, aspects that those who played the games would ever forget.

Many touted the quality equivalent to a cinematic film, with videos uploaded to YouTube trying to spread the story to those that don't normally play video games. Thankfully, YouTube videos won't be the only way to introduce the franchise to the world, as HBO officially announced a television series based on the acclaimed series.

The creative talents behind the game are also involved with the show, and HBO has even got its cast together, including Pedro Pascal as Joel and Bella Ramsey as Ellie.

Now, there's even more exciting news for fans regarding progress on the show...

THE LAST OF US BEGINS FILMING

Actor Gabriel Luna posted on his Instagram, seemingly confirming that filming the HBO series, The Last of Us, has begun.

Along with the photo seen below, Luna included the caption: "Already love these folks. #MillerTime #thelastofus"

In the photo, actors Pedro Pascal, Gabriel Luna, and Nico Parker can be seen from left to right. Their characters are Joel, Tommy, and Sarah respectively.

Actress Merle Dandrige, who will be playing Marlene, also commented on the post with a simple celebratory emoji: "🙌🏽"

ONE LAST SELFIE FOR THE HBO SERIES

For those that have played the game, it's not lost what scene the crew is in the process of filming. And, it's a doozy. One can only hope it can even be a fraction of what the game pulled off—though, with the same creative talent involved, there's not much room for doubt.

While the show is obviously an adaptation of the series, fans should brace themselves for various changes throughout the show. This isn't a new trend, and it's fairly obvious that changes need to be made depending on what medium the story is being told. A show just simply doesn't tell a story in the same way a video game does—and that's okay.

Also, add on the fact that many people are familiar with the story the show is adapting, and changing things up is a smart move in order to surprise hardcore fans and keep them guessing as the show progresses.

It's not known if the first season will get all the way through the first game or if it will borrow elements from The Last of Us: Part ll. Fans will have to wait a little longer for information regarding that.

With filming just beginning now, the show isn't likely to air until late next year at the earliest. So, there's still quite a ways to go until the world gets to see HBO's new take on Joel and Ellie's journey through their apocalyptic future.

The Last of Us Part II