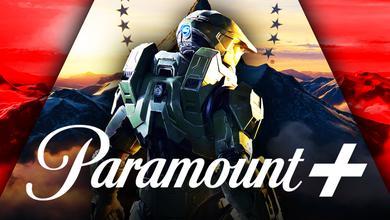 Halo is a massive franchise, one that is deeply rooted in many people's childhood. Needless to say, it means the world to a lot of people. The world that the Halo series created spun off countless games, book series, and more. But one place it hasn't hit yet is television.

Back in 2013, it was announced that there was a Halo TV series in the works produced by Steven Spielberg himself. News of that show's production was all but silent for years as the entire project hit development hell—despite reports of it still not being canceled.

Eventually, the show gained new life, as in late 2019, Showtime announced the cast of the show, and that production was set to commence. It was finally happening, with American Gods' Pablo Schrieber set to take on the lead role as Master Chief.

The road for the show was still a rough one, as not only did it lose its original director, it faced colossal challenges thanks to COVID-19.

The most recent news of the show was positive, not only confirming its existence but also that the film was set to premiere on Paramount+. Sadly, the show is about to hit yet another massive speed bump.

According to Variety, Paramount Plus's upcoming Halo series has lost both of its showrunners.

Steven Kane and Kyle Killen were both attached as co-showrunners on the series at one point. However, according to sources, Killen departed the project before the start of the production, feeling that he couldn't do what was needed in terms of duties for the show's shoot in Budapest.

Kane served as full-time showrunner for the show's production in Budapest, where he has been for two years. He reportedly wishes to return stateside for personal reasons.

Kane will remain as showrunner for the remainder of post-production, but if Halo does receive a second season order, he will not be staying.

WILL FANS EVER SEE HALO?

With the long rocky road that this show has endured, it's hard not to think about the worst when it comes to the show's quality. While there's no way to tell until the show premieres next year, fans should at least remain optimistic—keeping a show alive for nearly eight years isn't something a studio does for something they don't believe in.

The show's production actually came and went with little in the way of leaks. While there were some leaked set photos, they didn't show all that much and weren't a true indicator of what the show is going to look like.

While fans wait for the Halo television series to finally premiere, they can look forward to Halo Infinite's long-awaited debut, alongside a brand-new free-to-play Halo multiplayer experience. While the phrase free-to-play is a scary one, this time it looks to be far better than one might think.