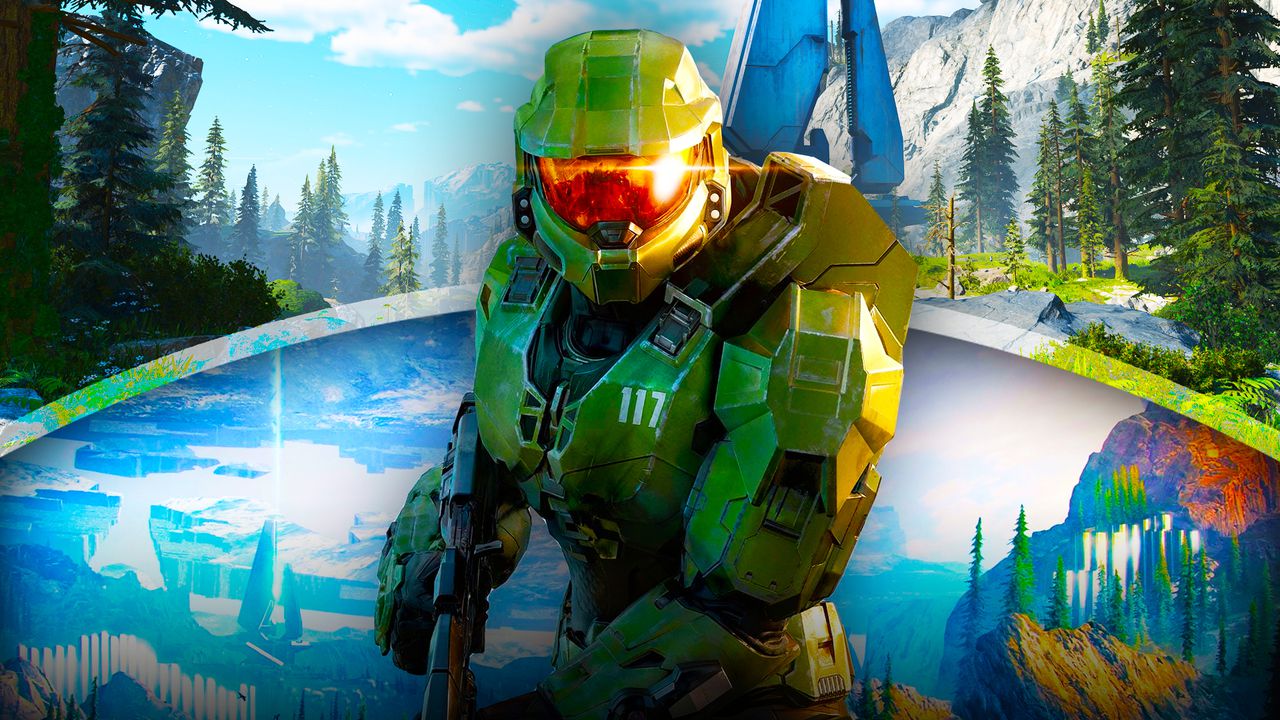 Halo Infinite's delay was nothing short of a disappointment for Xbox, and Xbox Head Phil Spencer does not shy away from that truth.

Stating the game's pushback as "a miss on our part" only clarifies the devastating effect the push had on its release, with the original plan for the game to tie-in with Xbox's next-generation of consoles, Xbox Series X and Series S. With the game now set to release in Fall 2021, developer 343 has a tough task on its hands in terms of building excitement for the game.

With a TV show based on the iconic franchise now confirmed to release on Paramount+, excitement has rekindled surrounding the impending release of Halo Infinite. With monthly updates now present within 343's Inside Infinite blog, a new set of screenshots and information has been released for the next installment in the Xbox exclusive series.

In a post on halowaypoint.com, 343 Industries have revealed a number of new screenshots for their upcoming title Halo Infinite.

Along with a brand-new look at the game's graphical improvements following a disappointing gameplay reveal back in July, the developer has also offered insight into “Zeta Halo,” the expansive world present within the title's campaign mode. Members of the 343 development team have revealed certain inspiration points for the world design of the project, as well as offering insight into the multiple different play styles a player may choose from.

Justin Dinges, Campaign Art Lead on Halo Infinite states that a large amount of inspiration for the design of the game was taken from the Pacific Northwest, with the area's trees, mountains, and valleys providing the foundation to the style of the game. Dinges also reveals Halo: Combat Evolved also helped the team envision what the world of Zeta Halo may look like, with 343 inspired by the game's “dynamic landscape, that gives... a unique visual and allows for some really fun gameplay.”

World Design Lead for Halo Infinite, John Mulkey, also addressed the “Spiritual Reboot” tag that has been attached to the game a number of times, promising to deliver on “the promise of the original.”

"For Infinite we are working to deliver on the 'promise' of the original in ways that limitations of the time would not allow the team to fully explore. Zeta Halo invites exploration and discovery, the stories to be found, and player agency in how you utilize a robust sandbox of tools to overcome a mission or encounter."

Troy Mashburn, the Gameplay Director on Halo Infinite, described Zeta Halo as “a part of the plot as much as Master Chief or The Pilot.”

"The Ring definitely has its own story to tell, and the environment artists have done an amazing job bringing this to life. Memories of past battles scars the surface, and evidence of bigger events can be seen in the fractured chunks of the Ring floating in the sky. This is something I really care about because I am more of a “show me don’t tell me” kind of player. I find that discovering things and figuring things out for myself go much further to immerse me in this world."

Throughout the post, a number of new 4K screenshots were released to the public, allowing fans another look at the graphical improvements. 343 has promised that each monthly update would be accompanied by new stills from the game.

The second screenshot shows off two soldiers riding in the iconic Warthog.

An updated look for the interior of the game's design, with a holographic table taking center stage.

The power of Xbox Series X and Series S is shown off next, with the vastly improved graphics on display for all to see.

Fans also received a great look at the game's dynamic weather system with a building showcased in a number of different light styles and weather differences.

Another look at the game's iconic HUD style is previewed, with recognizable blue-tinted graphics present in each area of the player's aid.

In the final screenshot, the ring of Zeta Halo is shown in full glory.

The mess that CD Projekt Red has found itself in off the launch of Cyberpunk 2077 has been a wake-up call for the gaming industry, and it's clear that 343 does not want to make the same mistakes.

Too many times have developers been allowed to tip-toe around certain subjects within games, and 343 seems determined to stray away from this. The disappointing gameplay reveal back in July of last year highlighted a number of issues with the game's development, and the studio made the risky decision of a pushback. While many questioned the decision at the time, it seems only now that this is starting to pay off.

These screenshots only cement the improvements that 343 has managed to make, even if no gameplay is currently available. The potential the new consoles have given developers needs to be utilized, and with members of the Halo team speaking openly about how excited they are for the release, it seems as though fans may get the Halo game that they well and truly deserve.

Once an official release date is confirmed, it will be full steam ahead for Halo Infinite, ushering in the end of an interesting year for Xbox and Microsoft.