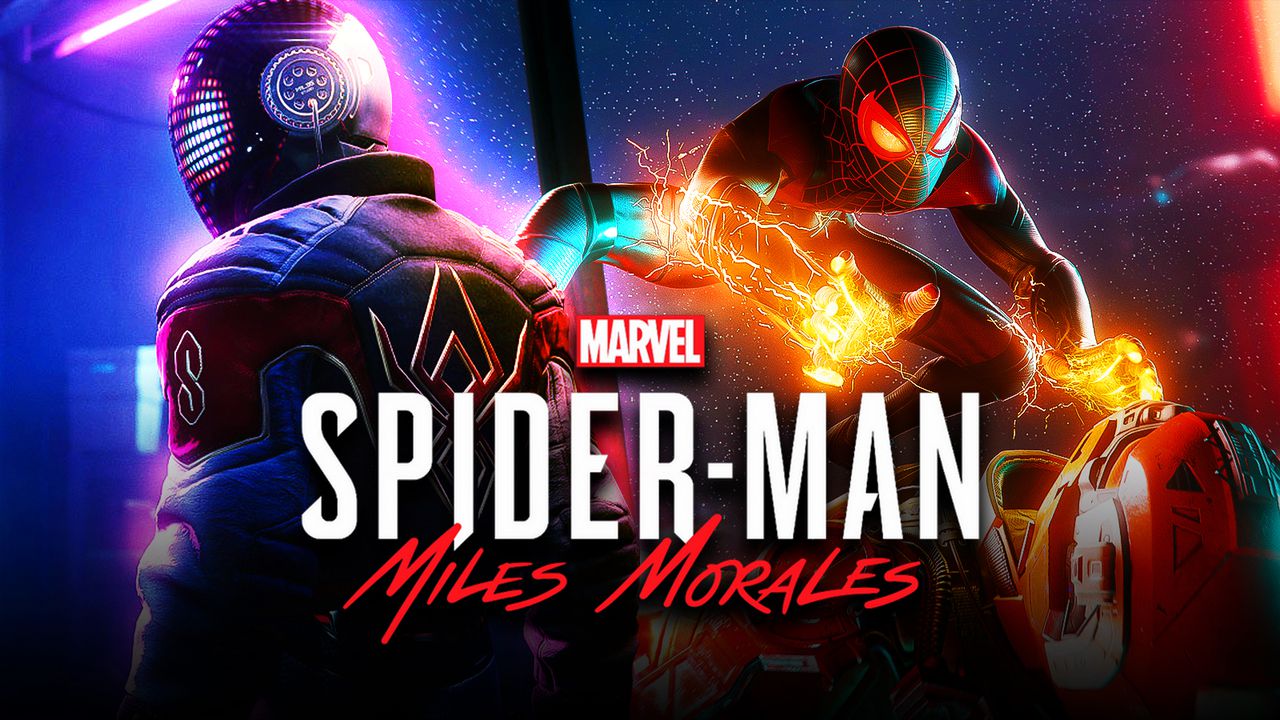 The recently released Marvel's Spider-Man: Miles Morales told a brand new story with elements both new and familiar alike, while also continuing the brilliant narrative that began in 2018's Marvel's Spider-Man. Just like its predecessor, the Miles Morales game's main storyline feels like a movie that deserves a theatrical release, as everything seems so perfecly woven together.

From Miles interacting with his new Harlem neighbors, to Peter recounting past throwdowns with supervillains that relate to Miles' spider training, every element in the game is dropped perfectly into place, as if it were a breadcrumb trail that leads you along the perfect path of Miles' development as a character.

As many fans (myself included) are now finishing the game's story and picking up all the in-game collectibles, it's almost natural to ask, "How in the world did they come up with this stuff, and how does it all fit so well together?"

As it turns out, many elements in the Spider-Man sequel game evolved from simpler themes in the developers' initial vision for the game, according to Insomniac's creative director for Miles Morales - Brian Horton.

On an episode of IGN's weekly Podcast Beyond!, host Jonathon Dornbush and Lucy O'Brien of IGN sat down with Brian Horton and asked him all sorts of questions about PlayStation's newest exclusive game, Marvel's Spider-Man: Miles Morales. Horton was eager to share his thoughts, and revealed a few interesting methods that he followed to get the Miles Morales game to where it is now.

About halfway through the interview, Dornbush asked Horton if he and his team had a specific vision in mind as to what was included in the game's main story, as opposed to what was elected as side content (side quests, collectibles, etc.). Horton responded by saying that 2018's Marvel's Spider-Man gave them a "fantastic template" to work off of, and that they had a very clear understanding of the game's direction "fairly early in pre-production."

We learned a lot from the first Spider-Man game, the amount of planning and pre-planning that goes into what the golden path (main storyline) missions were gonna be vs some of our quest content and collectibles, we had a really fantastic template. I say this often: the Miles team, which is made up of a lot of Spider-Man developers, stood on the shoulders of Marvel's Spider-Man... There's so much to be able to work with as a foundation, so we were able to understand roughly how many missions we wanted for the golden path, what those missions were going to be, fairly early in preproduction.

Horton then expanded on what he and his team call the "friendly neighbors" of the game, which of course is a reference to the people of Harlem that Miles interacts with throughout the game. He spoke to the specific detail of the Harlem residents and how his "writers and their designers came in and added so much more" to the depth of those characters and what they meant for the story.

"When it came to the quests, we knew we wanted... We just call them 'friendly neighbors,' we wanted a story where we got to meet the people of Harlem. But then our writers and their designers came in and added so much more to it."

Horton then offered an example of this, and how a simple idea for a side quest became one of the most well-received elements in the game - Miles' Bodega Cat Suit.

"We had a card up on the board, and it just said "Save the Cat." We knew it was gonna be a quest, and we knew it was gonna be something small. But it doesn't mean a whole lot until you have a writer like Ben Arfmann - our lead writer - who says, 'Well the cat's name is Spider-Man the Cat, and he is a bodega cat.' And Evan Narcisse (another writer for the Insomniac game)  was like 'You gotta have a bodega cat!' And it's like 'Well what if that cat was stolen?' Ok, well you need to bring him back. Well he's gotta have a backpack! So when you get a cat in a backpack, and you're like 'well gosh we have a cat in a backpack, well that has to be a suit!' So the guys go 'Can we make a suit about Spider-Man the Cat?' And I go like, 'Of course you can!' And then the animator says, 'I did this thing Spider-Man the Cat jumps out and (assists Miles with a finishing move). Can we do that?' And I go like, 'You better do that!'"

Horton then showed admiration towards the process that led to this fun inclusion, saying that "you could never plan for" something like that, and spoke to how these elements were ultimately their "passion projects" that they got to share.

"Those are the things that sort of unfold organically that you could never plan for. The things we were able to plan for gave us a production scope of the game, but all these wonderful elements and characters were passion projects."

We had conversations about the ending and earning our ending. We know kind of where we want to go, that destination, and we knew we wanted a conflict between these two friends (Miles and Phin). That was probbaly the hardest thing to do, right? Weaving that moment where you go, 'Okay, I believe what she wants to do, and I understand that that's not the right thing to do, and I have to stop it.' And what we wanted for our characters, like Aaron and Phin, were redemptions...

Aaron Davis has his own sacrifice. He comes in and says 'I'll give up this information, and I know that puts me in jail.' He is captured for the first time as a criminal, but he does so as an act of sacrifice. We just wanted to make sure that it felt earned. So by having (Phin's) brother, Rick, and bringing that moment to life so she sees her brother die, we understand her pain from that moment. And then to recall that, and to understand that she can't let that happen again made that moment even more ressonant and something that we hope feels earned and you can feel her redemption because she can't let her best friend die.

The interview in its entirety can be viewed below.

It's an absolute treat to get a first-hand look at the thought process of Brian Horton and his team as they spent the last two years piecing this immaculate game together. Knowing now that the Bodega Cat Suit came from a simple idea that Miles was going to save a cat somewhere in the game, and now seeing that Spider-Man the Cat is one of fans' most beloved parts of the Spider-Man sequel game is nothing short of brilliant.

Speaking to the ending of the game, Horton sort of dodged the question of whether there were alternate endings planned for the game. However, he did specifically state that this ending was one that he "didn't want to see." While this could mean that he just didn't want to have to see the death of Phin play out and force Miles to lose yet another loved one in his life, this could also imply that there were other directions that they considered taking with the game.

Perhaps they may have wanted to keep Phin alive, and Miles could have formed an alliance with her and a Spider-Man/Tinkerer team-up that no one knew they needed. Or, maybe we could have seen more of Prowler in action, if he hadn't turned himself in for the greater good?

Nevertheless, creative director Brian Horton is right; the ending chosen for Spider-Man: Miles Morales was the right one, as it offered redemption for both Aaron Davis and Phin Mason, even if it meant we won't being seeing either of them again any time soon. It also provided the extra growth needed for Miles, as he had to learn how to juggle his close ties with family and friends while also becoming Harlem's Spider-Man.