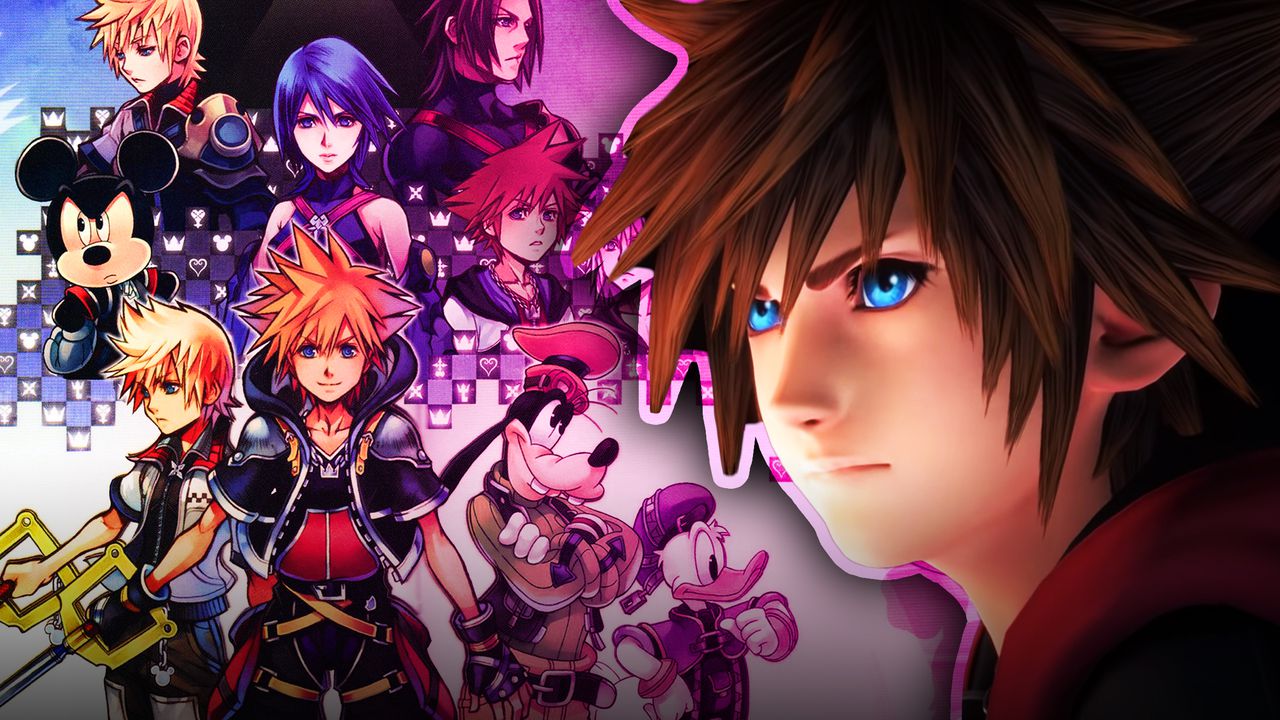 Last week, Kingdom Hearts released the newest addition in its far-stretching arsenal of video games in the form of Melody of Memory, which is now available on PlayStation, Xbox, and for the first time ever in Kingdom Hearts history, Nintendo Switch. The game serves as a follow-up to both 2019's Kingdom Hearts 3 and its DLC, Re Mind, highlighting Kairi and company's journey to find and bring Sora back from wherever he disappeared to in Kingdom Heart 3's closing shot.

Kingdom Hearts is known for having enjoyable, yet complicated plot-lines, with one (or some) never really being truly wrapped up at the end of any particular game. While Kingdom Hearts 3 served as the finale of the Xehanort Saga, it also inevitably paved the way for a whole new generation of Kingdom Hearts stories, including expanding tidbits from Kingdom Hearts χ and potentially crossing over with over Square Enix titles, such as The World Ends With You.

Moreover, Kingdom Hearts started out solely with Sony before (finally) branching off into Xbox territory with Kingdom Hearts 3. It seems as if that expansion is set in place for future games, as Melody of Memory kept that new tradition going.

Now, a new interview with the director of the Kingdom Hearts series has briefly touched upon all of the aforementioned tidbits, promising that, as always, there's more to come...

In a new interview with Denegki Online, as reported and translated by Gematsu, Kingdom Hearts director Tetsuya Nomura provided some fresh insights on the series as a whole while also briefly mentioning the series' upcoming 20th anniversary in 2022.

Nomura spoke on how he viewed Kingdom Hearts 3 as an ending point for the series, saying that he "intend[s] to tie up remaining loose story ends but also want[s] to change the format a bit. [He] want[s] to drastically change the world and tell a new story, but also tie up the loose ends.”

When the topic of the next-gen consoles, the PlayStation 5 and Xbox Series X, came up, Nomura didn't rule out the possibility of a Kingdom Hearts game entirely, saying he'd have to "make something that could compete:"

If we make a Kingdom Hearts game for next-gen consoles, it’s going to be released after many other companies have already released their titles, so I believe we’d have to make something that could compete. Of course, that’s only a hypothetical since we haven’t announced that there will be a new title for PlayStation 5 or Xbox Series X.

Lastly, Nomura threw in a mention of the series' upcoming 20th anniversary in 2022, promising that he, Disney, and Square Enix are "working to deliver good news, so I hope you’ll keep an [sic] eye on us until then.”

It should come as no surprise to Kingdom Hearts fans and non-fans alike that the series has no intentions of slowing down anytime soon. Since 2002, the series has become a pop culture and video game phenomena, and the promise of more should only raise excitement among many.

Equally as non-surprising is how Nomura mentioned how he usually likes to "tie up remaining loose story ends" in his Kingdom Hearts games while also changing things up at the same time. Time and time again, Kingdom Hearts has broken the mold regarding its storytelling and gameplay; from Birth by Sleep's introduction of multiple players with interconnected storylines to the newest release of the series' first rhythm-based game with Melody of Memory, the possibilities are endless on all fronts for Kingdom Hearts.

As for what's to come with the latest and greatest next-gen consoles, that's a big "if," according to Nomura himself. But, as fans should know, Kingdom Hearts always seems to have something up its sleeves, so there may or may not be a game or two in the works already. After all, Nomura only said they hadn't "announced" anything yet for the next-gen consoles.

But, until something is announced, video game enthusiasts can look forward to what's to come in lieu of the series' 20th anniversary in about a year. Will we be getting more remastered versions of past games, or a new game entirely? There are always plot holes to fill and stories to tell, especially with how Kingdom Hearts 3 and Re Mind introduced other, almost scarily realistic worlds to the series' mix.

So, maybe the journey has already begun.