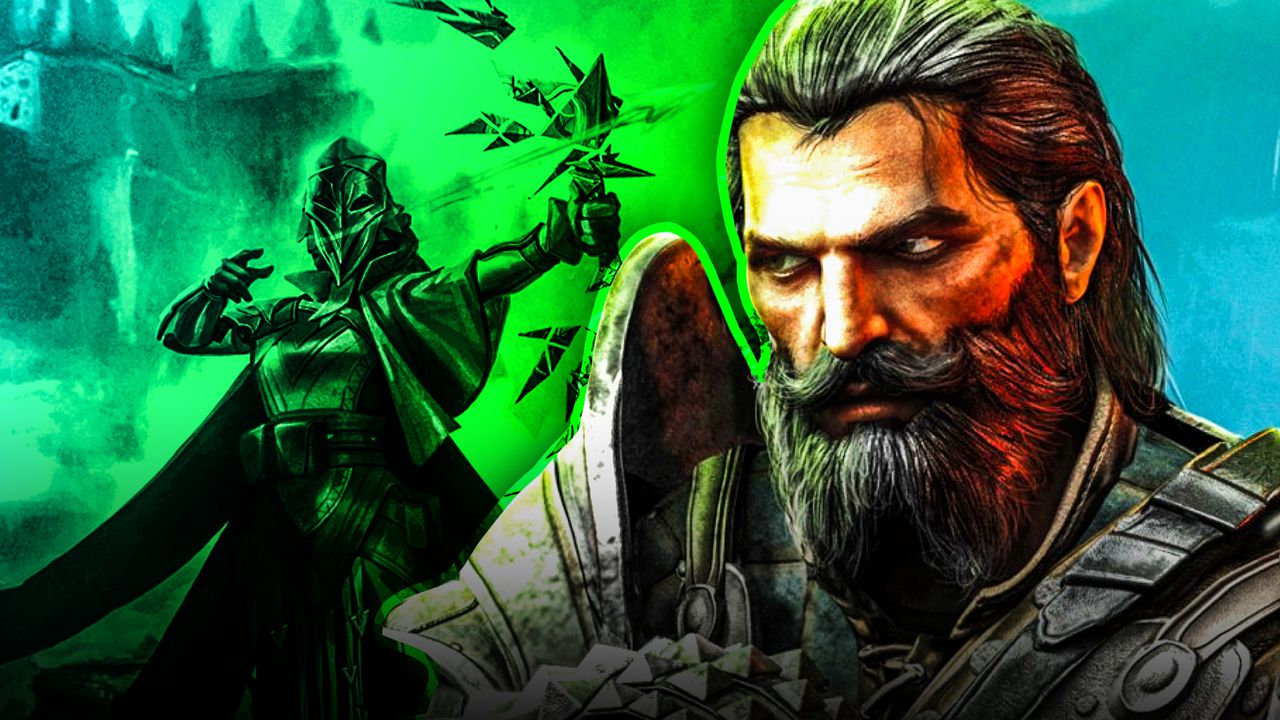 Fervor for the Dragon Age series resurfaced recently when Bioware released a trailer for the next game in the series at The Game Awards. The trailer shows off several fantasy-inspired characters and emphasizes a castle in several shots throughout.

Despite showing off the game in December, Bioware has yet to announce a release date for the anticipated next entry in the Dragon Age series.

More news about Dragon Age is becoming more commonplace, as a developer recently took to Twitter with a quick peek at the game.

A new piece of concept art for the next Dragon Age game was released yesterday. In a post on Twitter, Bioware Austin’s Executive Producer Christian Dailey published the image and said, “Just wanted to say Happy New Year to everyone. I hope all are safe and well. Here's to new beginnings…”

The art features an archer in crimson robes and gold armor firing a spectral arrow. Floating rocks, waterfalls, trees, and what appears to be a tower are featured in the background.

The full tweet and image can be found below.

Just wanted to say Happy New Year to everyone. I hope all are safe and well. Here's to new beginnings... 🏹💘🏹🐲🐉🐲 pic.twitter.com/Hy22jd0swl

While there is no release date for Dragon Age as of now, it seems that the game is due to release sometime in the near future. A trailer for the game was shown at The Game Awards in December. That – combined with this piece of concept art – indicates that news about the project is becoming more frequent. As the developers are seemingly more comfortable showing off the game, it's likely that fans can expect the game to release in the next couple of years.

This image also confirms that, as of now, the full title for the game is just Dragon Age. Fans were expecting the title to be called Dragon Age 4, and even sites like IGN refer to it as such on its YouTube trailer for the game. But, with The Game Awards trailer and the concept art both emphasizing the game as Dragon Age, it seems that the next entry will forgo any numbers or additions to the title.

With that, it’s possible that Dragon Age will serve as somewhat of a reboot for the series. The previous game, Dragon Age: Inquisition, released in 2014. A seven-year gap isn't a tremendously long period between entries (The Last of Us Part II released seven years after its predecessor), but Bioware has seen enough shakeups in its studio that it might want to start fresh with new developers working on the franchise.