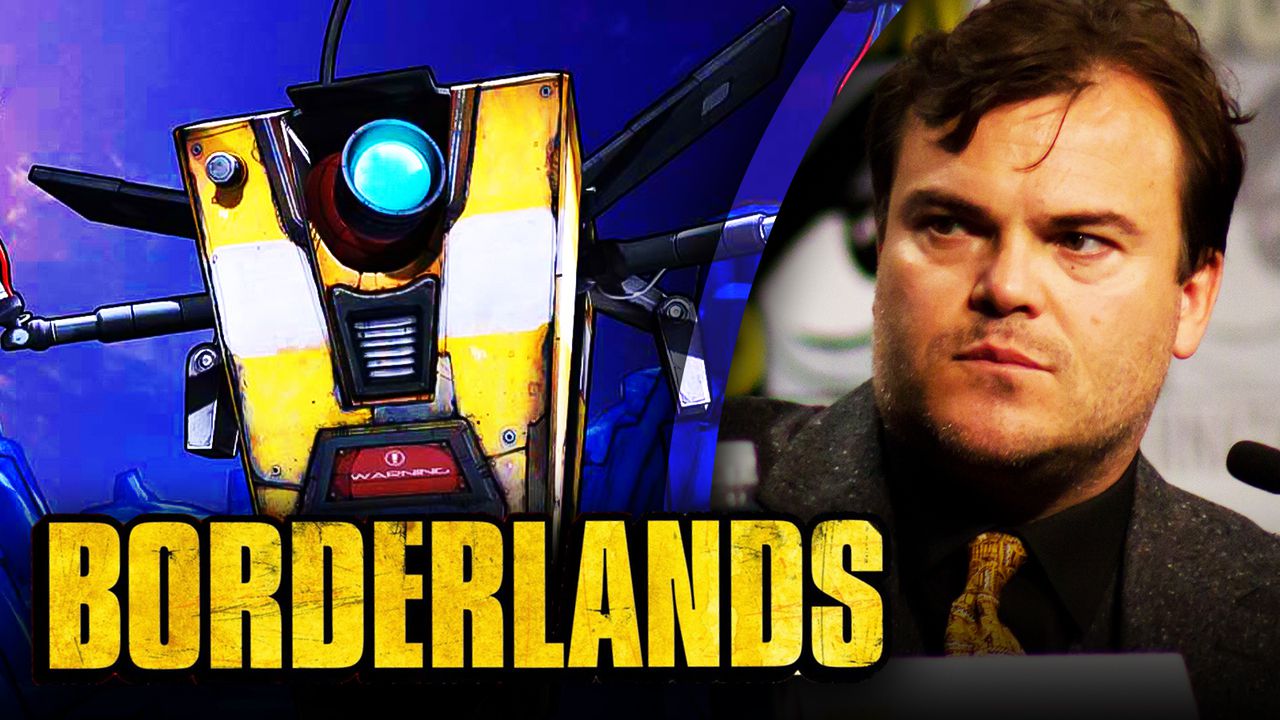 Jumanji: Welcome to the Jungle actor Kevin Hart recently joined the cast of the film as Roland, which will prove to be "a different kind of role for him." The comedian is not alone though, with Halloween star Jamie Lee Curtis and Thor: Ragnarok's Cate Blanchett being attached to the film as Tannis and Lilith, respectively.

Borderlands is being headed by director Eli Roth, known most recently for The House with a Clock in its Walls which also starred Blanchett.

Now, another Jumanji actor has hopped aboard the project, playing the role of an iconic Borderlands character...

Via a report from Variety, Jack Black has been cast as the voice of Claptrap in Borderlands.

Director Eli Roth expressed that he is "so excited" to work with Black on the project, telling the publication that the actor is "perfect" for the role:

“I am so excited to reunite with Jack, this time in the recording booth...Claptrap is the funniest character in the game, and Jack is perfect to bring him to the big screen.”

“We couldn’t have been more in sync with our filmmakers and casting executives as we approached this role...Everyone who’s ever played the game knows Jack is perfect for this part. We’re thrilled he will add his endless comic energy and voice to our film — he’ll bring so much to the movie.”

Claptrap is somewhat of a controversial character in the Borderlands franchise, with some fans enjoying his comedic stylings while others, such as PC Gamer, consider him to be "the worst character."

Appearing in almost all of the games thus far, the Hyperion robot truly tested players' endurance with his tattling. The character even reared his mechanical head in Telltale Games' Tales of the Borderlands, where he appeared as an unlockable character to berate gamers to the bitter end.

Many have found Claptrap to be somewhat annoying and tiresome, but Jack Black should provide a fun portrayal of the character. With Black going through somewhat of a renaissance with his Jumanji appearances and successful YouTube channel, audiences can rest assured that the actor will give an enthusiastic and endearing performance being the comedic powerhouse that he is.

Jack Black's casting is also significant given his fellow Jumanji star Kevin Hart's involvement in the film, bringing the two back together for adventures in the Borderlands. The actor's involvement also reconnects Black, actress Cate Blanchett and director Eli Roth after working together on The House with a Clock in its Walls, indicating that there will good synergy amongst the production behind the scenes.

Perhaps Jack Black's casting will help to redeem Claptrap in the eyes of players, giving the character another chance to prove himself.