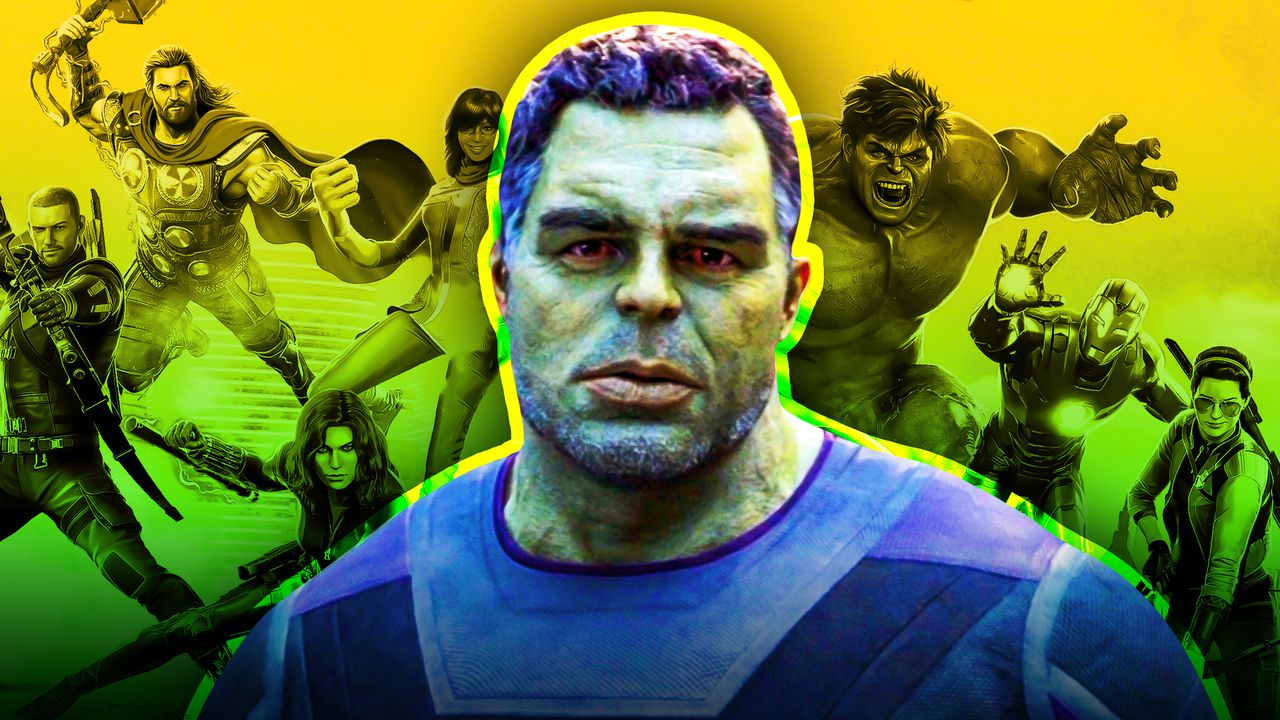 Last month, Crystal Dynamics announced some big updates for Marvel’s Avengers. A Black Panther expansion was revealed for sometime later this year along with several new content drops for the spring and summer.

In a roadmap for the game, Crystal Dynamics unveiled that skins based on outfits from the Marvel Cinematic Universe would make their way to the game. With no other information, it was unclear which skins would actually wind up in Marvel's Avengers.

However, in a leaked image of an upcoming skin, it looks like fans of the superhero game will be receiving a fan-favorite outfit.

As reported by Murphy's Multiverse, it appears that a leak for Marvel’s Avengers has revealed a new Professor Hulk skin that seems to be inspired by Hulk's suit worn in Avengers: Endgame.

An image posted to Twitter by Miller, an insider covering the game, shows Professor Hulk standing behind the Avengers at the game’s start-up screen:

I wish I could find the original source on this (apparently it's a private Facebook group) but either way, I'm leaning toward real. It's damn convincing, and Hulk has had this issue (wrong outfit rendering) in the past. pic.twitter.com/vkIouDcPVK

Twitter user RedBlueBlur1693 replied to Miller’s Tweet with a separate image showing off the leaked skin, which can be seen below:

In another Tweet, user VWarrior31 posted a video of Professor Hulk standing and moving in what appears to be the cosmetic menu for the game:

Considering that, last month, Crystal Dynamics promised that skins inspired by the Marvel Cinematic Universe will soon be incorporated into the game, it would make sense for this Hulk skin to be Avengers: Endgame-inspired.

The leaked images and video of Professor Hulk are persuasive enough to suggest that this is likely a real skin for Marvel’s Avengers.

Crystal Dynamics first revealed that MCU-inspired skins would hit the game in the Square Enix Presents showcase last month. During the event, the developer highlighted a roadmap that indicated that “outfits inspired by the Marvel Cinematic Universe” will be included in future updates. Could we see more looks from Avengers: Endgame in future updates?

It’s unclear what specific outfits will find their way to the game, but Professor Hulk’s inclusion might suggest that skins inspired by recent MCU projects will be added first. Black Widow is set to release this July, and Marvel’s Avengers' "Red Room Takeover" event in May was supposed to coincide with the film’s original May release. Perhaps a skin for Black Widow, inspired by her white outfit in the upcoming film, will be added to the game for some brand synergy.

Going forward, Crystal Dynamics will likely line up MCU-inspired skins around future MCU projects. Later this year, it’s possible that skins for Clint Barton and Kate Bishop will be added to the game based on new looks from the Hawkeye TV series. It’s a marketing opportunity to drive attention toward Marvel’s Avengers by leveraging the popularity of the MCU.