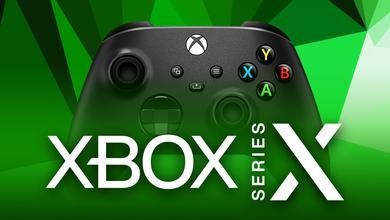 Xbox consoles have been hard to secure this console generation. From scalpers to bots, getting a pre-order for an Xbox console has never been this difficult.

We are here to help! We want our entire Xbox Direct community to get an Xbox as soon as possible, so we will be keeping you updated whenever pre-orders go live throughout the first few months of this console generation (or until Xboxes become widely available). Make sure to follow our Twitter account, @XboxTheDirect, or bookmark this page to stay up to date whenever pre-orders are live.

Tips For Pre-ordering an Xbox Series X or Series S

The biggest advice we can give is to stay alert on social media. Social media accounts such as @XboxTheDirect, @Wario64, and @IGNDeals are great Twitter accounts to follow to get accurate and quick alerts for whenever a Xbox Series X or S goes live. We will be updating this page whenever we hear about any upcoming pre-order opportunities as well, so bookmarking and checking back on this page often is a great idea.

Every online retailer will do their pre-order process differently, so be aware of what to do on the store page when you get there. For example, Walmart's 'Add to Cart' button will flicker in and out as the store loads, so refreshing the page is advised. So, be alert, as refreshing the page might lose your spot in the queue depending on which online retailer you are using.

Finally, having an Xbox in your cart on some online outlets does not secure your pre-order. If you have an Xbox in your cart and an online outlet runs out of stock, you will lose your chance to pre-order an Xbox. For this reason, creating an account with your purchase and shipping information prefilled out is recommended. This will make the checkout process as quick as possible for you.

Next Chance to Pre-order Xbox Series X and Series S

GameStop will be selling Xbox Series X and Xbox Series S consoles at an unspecified time on Novemeber 24th.

Keep an eye on the Xbox store page at GameStop for when the consoles go live!

An extremely limited amount of Xbox Series X|S bundles will be going up soon on our website (online only).

Make sure you’re signed in and your cart is cleared. https://t.co/uk5dJ7iuVr pic.twitter.com/KAa79iTTYv

While they may not be in stock right now, here is a list with links to some of the largest online outlets selling both Xbox consoles and accessories. Periodically checking these links (along with their social media accounts) is a great way to stay informed on when Xbox pre-orders will next come in stock.