Sony Reveals PlayStation 5 Is Currently Selling at a Loss 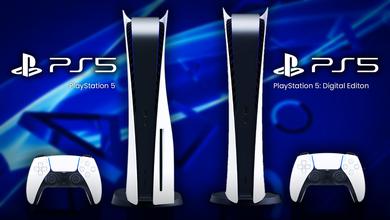 Launch titles like Spider-Man: Miles Morales and Demon’s Souls bolstered the fall lineup, and many have called the new console’s library the best launch lineup in the PlayStation’s history.

Despite the success Sony has seen with its newly-released console, the company is reportedly selling the PlayStation 5 at a price beneath its manufacturing costs.

PLAYSTATION SELLING ITS NEXT-GEN CONSOLE AT A LOSS

Sony is selling the PlayStation 5 at a loss, according to its recent financial results report.

In the report, Sony notes a loss in its Games and Network Services Segment:

“[SIE reports] loss resulting from [the] strategic price points for PS5™ hardware that were set lower than the manufacturing costs.”

Jeff Grubb of VentureBeat wrote that the two skews of the PlayStation 5, the $500 disc drive version and the $400 digital version, create an average cost that signifies the console selling at a loss.

“Now, the [PlayStation 5 Digital Edition] does drag down the average sales price of the PS5 overall. So that ‘strategic price point’ is probably somewhere between $460 and $490. So the PS5 costs more than that to produce.”

Grubb also notes that Microsoft is selling its Xbox Series X/S consoles at a loss as well, indicating that the two competitors are both selling their next-gen consoles under the price of their manufacturing costs.

A TREND IN CONSOLE LAUNCHES

Selling hardware at a loss at the onset of a console cycle is somewhat of a tradition for console makers. Both the PlayStation 4 and the Xbox One were sold for a loss in 2013, and the PlayStation 3 was infamously priced at $600 under an estimated manufacturing cost of $800.

Sony and Microsoft initially sell their newly-released consoles at a loss to drive sales of software. Games are the money-makers for the big platforms, and the two competing tech giants usually rely on launch titles to turn a profit.

In his analysis, Grubb wrote that Sony might continue to sell the PlayStation 5 at a loss for a while because of the expensive price tags for its internal parts. With the launch of two consoles, a continually popular handheld hybrid, and an abundance of mobile phones hitting the market last year, tech parts are spread thin.

Sony is likely banking on upcoming blockbuster games, like Horizon: Forbidden West and God of War: Ragnarok, to drive profits to make up for the console’s losses.