HBO Max Brings Over 10,000 of Streaming Content To PlayStation 5 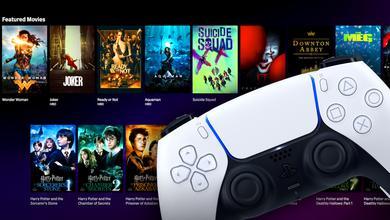 HBO Max, Warner Media’s streaming service, has been receiving a lot of attention recently. Earlier this month, the company announced that its 2021 films will release in theaters and HBO Max on the same day.

After that announcement, Christopher Nolan, the director behind Tenet, called the decision “messy” and explained his disappointment in the fact that filmmakers weren’t told about this decision before it was made.

HBO Max has slowly begun to release across a majority of platforms, but some major ones – like Roku devices – still don’t feature the app. For PlayStation 5 owners, however, some good news about the app has come.

In a press release today, Warner Media announced that HBO Max is now available on PlayStation 5. The release reads:

The app itself was only available to download on PlayStation 4 during the launch of PlayStation 5, but is now available on both platforms.

This decision to release HBO Max on PlayStation 5 comes at a good time for both Warner Media and fans of the company’s films. Warner Bros., the film and entertainment company under Warner Media, recently announced its plans to release its 2021 films in theaters and on HBO Max the same day. Fans will be able to watch films like Dune, The Suicide Squad, The Matrix 4, and others from the safety of their own homes via HBO Max.

Of course, this is especially great timing for fans of the DC slate of films, as Wonder Woman 1984 is set to release on HBO Max on December 25, 2020. Patty Jenkins, the film’s director, recently announced that the streaming version will be “available in 4K Ultra HD, HDR 10, Dolby Vision, and Dolby Atmos.” This is seemingly a precedent that will be followed with Warner’s other films set to release on HBO Max in 2021. For PlayStation 5 owners, these films can finally be enjoyed on their new consoles thanks to this much-needed update.