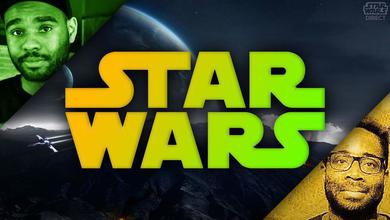 Disney CEO Bob Iger recently revealed that Lucasfilm will "take a bit of a hiatus in terms of theatrical [Star Wars] releases." moving forward. "The priority in the next few years is television." as the studio instead focuses on creating new exclusive content for Disney Plus. Lucasfilm is also confirmed to be working on new live-action Star Wars films. The Hollywood Reporter has now learned that the studio is developing a new Star Wars project.

According to sources from The Hollywood Reporter, director J.D. Dillard and writer Matt Owens have been tapped to develop a new Star Wars film. Insiders claim that it is currently undecided on whether the project will be released in theatres or on Disney Plus.

Dillard is best known for directing the film Sleight, a sci-fi drama that is about a young street magician, who has to use magic to save his kidnapped sister. Owens wrote three well-received episodes of Luke Cage, a series about Marvel's bulletproof superhero on Netflix.

Disney has yet to reveal any official details about Dillard and Owen's upcoming Star Wars film. The Hollywood Reporter claims that it will be unrelated to Marvel Studios president Kevin Feige, and The Last Jedi director Rian Johnson's respective projects. It's possible that Dillard and Owens could have been tapped to work on the rumored High Republic film, which will reportedly be set 300-400 years before the Skywalker Saga. This is apparently the project that Game Of Thrones showrunners David Benioff and DB Weiss left last year in October.

Every Disney+ Star Wars project to date has been made into a television series, but Lucasfilm is undecided on whether this particular film should be released in theatres. One can't help but speculate if Disney is also working on other live-action Star Wars films to debut on their new streaming service.