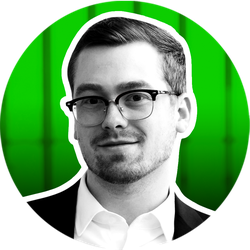 Evan covers video games as a writer for The Direct. As a graduate of Grand Valley State University with a Bachelor of Science in Public Relations, he has worked with the media in the past and is now trying his hand at being a part of the media.

While it’s not a console game, I love how continually expansive the universe is while remaining fun, competitive and social. I've been playing World of Warcraft on-and-off since Wrath of the Lich King. What a journey. I'm a huge MMO fan, which started with Pirates of the Caribbean Online. There is an endless amount of things to do in World of Warcraft, so I'm glad they have kept on adding content. For me, I play a game for the journey, not the end.

At the end of every year, my friends and I have this tradition of getting together to play Until Dawn. It's a single-player, interactive horror game where your decisions impact how the story plays out (think Black Mirror: Bandersnatch). There's only one person behind the controller, but we all have a hand in the decision-making. We're always on the edge of our seats waiting for the next jump scare. Our group has since moved on to play The Dark Picture Anthology games from the same developer. Last year we played Man of Medan and up next is Little Hope.

I've played video games for as long as I can remember, so it makes sense that I want to write about them. I hope to ignite in others the same passion for the video game industry that I have. I want to create content that is inviting to all because everyone should enjoy their gaming experience.