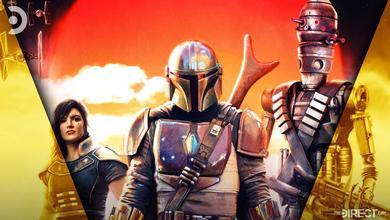 The Mandalorian had a successful debut on Disney+ last year. The first live-action Star Wars series earned positive reviews from fans and critics. At one point, The Mandalorian was even dubbed as the most in-demand series in the United States.

With a much-anticipated season 2 on the horizon, The Mandalorian will look to emulate the success of the show's inaugural season by introducing more characters and even diving into the lore of the Child's origins. However, it seems that the success of the first season is far from over...

During the ongoing Emmy Awards nomination event, it was revealed, through Deadline, that The Mandalorian received a total of 15 nominations.

As Deadline pointed out, this marks "the first Emmy nomination for a Star Wars live-action fiction series" since the Ewok movies.The full list of nominations are as follows.

Outstanding Cinematography for a Single-Camera Series

Outstanding Prosthetic Make-Up for A Series

Outstanding Music Composition for a Series

Looking back on the show's well-documented success, the long list of Emmy nominations received by The Mandalorian comes to no surprise. It's worth noting that, at one point, another award-giving body in the form of the Golden Globes reportedly made a rule change that was anchored by the show's helmet-wearing protagonist. It's only a matter of time before awards make their way to The Mandalorian's doorsteps, and these nominations mark the first big step.

Although Giancarlo Esposito's Moff Gideon was merely in the background during the inaugural season, the veteran actor's menacing portrayal of the Imperial officer during the season finale received widespread acclaim from both fans and critics. It seems that Esposito's nomination will serve as an additional boost for the actor since it has also already been revealed that season 2 will look to expand on the villain's origins and motivations. Not only that, this recent nomination just adds to Esposito's long list of accolades.

Over the years, Star Wars has been providing captivating stories, but the franchise has somewhat experienced a drought in terms of receiving notable awards. However, given the long list of nominations for The Mandalorian, there's reason to believe that this is only the beginning and a true mark of a new era (especially after capping off the Skywalker Saga).

Plenty remains unknown about the future of the famous space opera. Despite that, it is apparent that The Mandalorian started off on the right foot, and it offers a promising continuation that could potentially snowball into other future Star Wars projects.