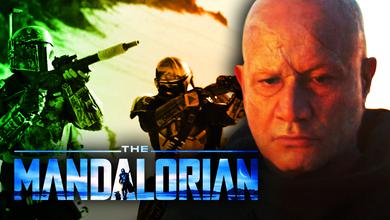 The Mandalorian Season 2 has been impressive so far, and this was mainly due to notable guest appearances of established Star Wars characters. The Mandalorian's approach of bringing these characters to the forefront is admirable, since the show managed to include them naturally into the narrative in order to progress the storyline effectively.

Season 2's first episode delivered the much-awaited return of one of the most iconic characters of the galaxy far, far away in the form of Boba Fett, but the bounty hunter's appearance came at the tail end of the episode. Still, the short yet compelling presence of Boba Fett in “Chapter 9" left a mark in the eyes of many fans.

Now, the latest episode of The Mandalorian has brought Boba Fett to the forefront, and the actor who portrays the character took to social media to commemorate his return.

Temeura Morrison celebrated his return as Boba Fett in The Mandalorian Season 2 by sharing an Instagram image with the phrase, “I'm back” combined with the initials of the famous bounty hunter, B.F. The post can be seen below.

Based on Morrison's post, it's safe to say that he is excited about the character's post-Return of the Jedi return. At first glance, the actor is trying not to post spoilers about Boba Fett's return in the latest episode of Season 2, but it's clear that he is overjoyed by the moment, and went through with it anyway.

The actor's excitement is translated on-screen, especially after Boba Fett reunites with his armor. The impressive sequence showcases Boba Fett's fighting skills, reminding fans how the bounty hunter became popular during the original trilogy of the Skywalker Saga.

Given Boba Fett's promise to Mando to save Grogu from the Empire, it's a given that fans will see a lot more of the character in the final two episodes of The Mandalorian Season 2. On top of that, a previous report revealed that Boba Fett will have his own Disney+ spinoff show, potentially giving fans the much-needed answers on how he survived his apparent death from Return of the Jedi.

All in all, it's clear that Boba Fett's journey in this new era of Star Wars is far from over.