San Diego Comic-Con at Home to be Held Over 5 Days in Late July, For Free 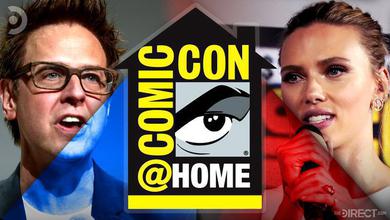 The COVID-19 pandemic put everything and everyone on pause, including theaters, which forced studios to reschedule their release dates and either stop or postpone productions for multiple projects entirely. This extended to conventions with states like California banning events that had more than 250 people, which meant that popular events like Comic-Con were unable to be held and cancelled.

However, last month, San Diego Comic-Con announced that they would be having Conic-Con At Home, an online event to replace the live one. No date was announced for the remote event until now.

San Diego Comic-Con at Home will be held July 22-26 and will be free.

BREAKING: San Diego #ComicCon at Home will be held on the same dates as the previously canceled Comic-Con, July 22-26 and be FREE.

They're promising panels and presentations about comics, gaming, television, film, and a wide variety of topics from publishers, studios, and more. pic.twitter.com/x45hrkPc0U

It has not yet been made clear if international fans will have access to this convention and exactly how many panels and presentations will be held during its 5-day duration. Keep expectations low though since similar language was used when describing WonderCon online, which was considered disappointing to many fans in terms of content and what was available "for free." Not to mention the remote WonderCon lacked the traditional attractions like studio panels and announcements.

So, fans shouldn't be expecting to see LucasArts, Marvel Studios, or Warner Brothers panels in their entirety or at all. In fact, they could still in all likelihood hold their own panels, separate from Comic-Con altogether.